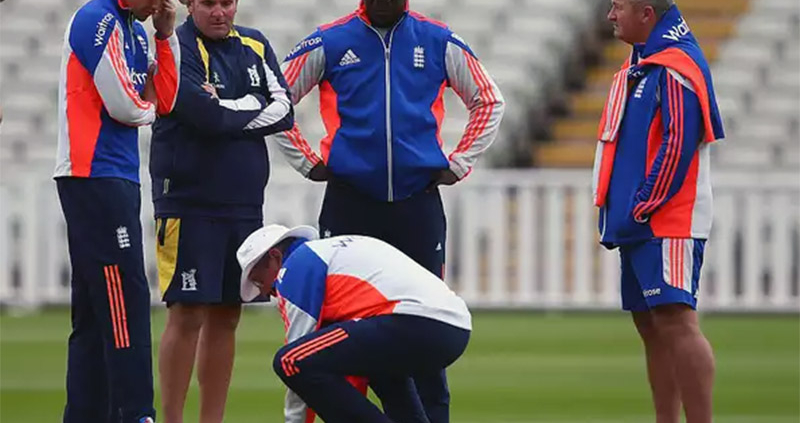 English groundsmen braced for uncertainty: While most counties have furloughed staff and players in a bid to save money as they wait to see what, if any, cricket will be played this summer, a hardy bunch of groundsmen remain in situ, trying their best to keep on top of the country’s 18 first-class grounds.

Without pitches to prepare though, their job is very different to what it would normally be at this time of year. “I know everyone thinks we are just grass cutters but that’s pretty much what we are at the moment,” jokes Stu Kerrison, Essex’s head groundsman. 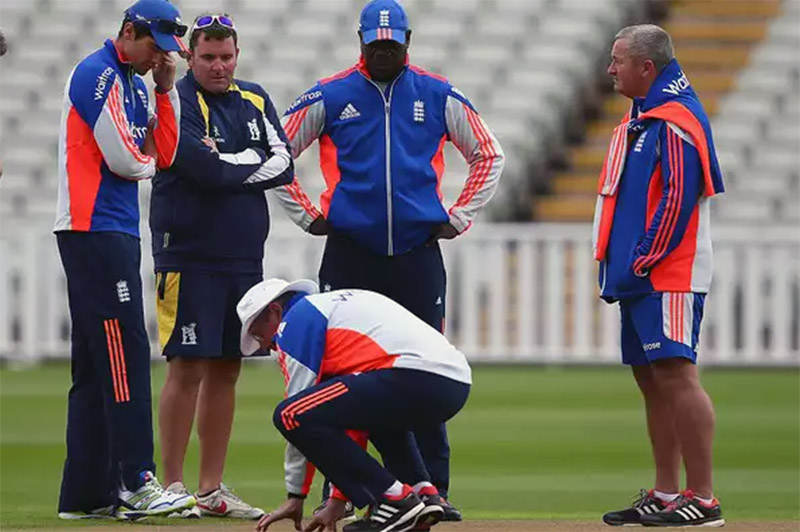 He has been with Essex since 1984 and is the only one of the club’s ground staff to have been kept on full-time with the rest placed on furlough. It is a situation which has been mirrored across ground staffs up and down the country. But even though there is no cricket, there is still plenty to be done and the remaining groundsmen have had to pick up the slack. Understandably, they have had to prioritise the most crucial tasks.

For Kerrison, that means the odd jobs around the ground, like trimming the hedges, are being left for now so he can focus on the square and outfield. Gary Barwell, the head groundsman at Edgbaston, has only been cutting the outfield one way rather than the two ways he would usually do, which gives it that polished finish you see on the TV. “You are just coping with it,” Barwell tells Cricbuzz. “You knock a few things off that aren’t important.”

One of the biggest focus areas has been keeping enough water on the grounds in the unseasonably warm weather. Barwell has computer irrigation at Edgbaston so he can turn it on from home but the watering at Chelmsford is done via a good old fashioned tap and sprinkler system. “That’s been a battle because it takes three and a half days to water the outfield with our sprinkler,” says Kerrison.

The other major challenge has been perhaps the only certainty facing the groundsmen at present: the grass will not stop growing. And given the warm weather throughout April, followed by a bout of rain this week, it is growing fast. Barwell took 28 boxes of grass off the Edgbaston outfield on Friday. “Every day the outfield at the main ground needs to be cut whenever you’re there,” he says. Kerrison has sprayed the Chelmsford outfield with a growth regulator to slow things down.

For Neil Godrich, Derbyshire’s head groundsman, the enforced break has been an opportunity to recover the square from the winter’s rainfall. “We had quite a lot of bare ends on the main square because the rain washed all the seed around in October and November time,” he tells Cricbuzz. “If you had looked at my square in March, you’d think it looked like a BMX track as one of my staff said. Now the grass is getting stronger, we’ve done all the pre-season rolling so it’s helped a lot.”

All three groundsmen agree that in an ideal world they would want between two and three weeks to prepare their pitches for the start of the season but there is an acceptance that they will have to conform to the timelines laid down by the ECB. That means they could be forced to produce pitches in far shorter timeframes. “I’ve got a pitch out in six or seven days before,” Godrich says. “I wouldn’t recommend it, though. You need about 12 days for both sets of formats.”

If the season does eventually get underway, the ECB want to pack as much cricket in as possible to make up for lost time. That could mean lots of matches in quick succession, a challenge for the groundsmen. “If you told me we’ve got five different games in five days hopefully I’ve got the skillset and people would have the understanding,” says Barwell. “We’ll just cope with what we’re given. I believe the groundstaff up and down the country are good enough to do that.”

“If you can get a week between any Championship matches that are scheduled, we should be alright with that,” Kerrison says. “The one-day stuff, you can play three or four of those on the spin. Our pitches are designed to go four or five days so we can play a number of games on them in that period of time.”

There would, however, need to be some understanding from the players, umpires and pitch inspectors. In a situation where matches are crammed in even more than usual, not every pitch is going to be a belter, delivering the perfect balance between bat and ball. Some matches will no doubt have to be played on used pitches. That won’t be anyone’s fault.

The possibility that there will be no domestic cricket this season is a real one, of course. The need to create bio-secure grounds would seem to be a more likely prospect for a bi-lateral series between England and another country than getting county cricket up and running. The logistical challenge of rolling out bio-secure measures to 18 different first-class grounds is extremely complex. As such, for the likes of Godrich and Kerrison, groundsmen at non-Test match grounds, they may not get to cut a pitch in 2020.

If that is the case, the financial issues already impacting the game in England and Wales will get worse. The concern is what that would mean for county staffs. “The biggest fear for groundsmen around the counties at the moment is losing their staff,” says Kerrison. “They will look to cut money and one of the first places they look is out on the ground. They think they can save a few quid here and there. We are all concerned about keeping our staff.”

“My team are very important to me,” says Barwell. “I’ve got a great team with me at Edgbaston. They’re all desperate to come in to do some work. They’re the concerns you have more than the grass itself.” It’s one of the reasons why all three groundsmen say they will do whatever it takes to get their pitches produced in time. “We need to get cricket up and running from a financial point of view if we can, to protect people’s jobs,” Godrich adds.

For now, all the likes of Kerrison, Barwell and Godrich can do is try to keep on top of their grounds and wait things out. While they do that, they are putting in some long days. “Look I’m not an NHS worker so you’re not going to complain too much,” Barwell says. “I work in a cricket ground on my own. It is difficult though. You come home and you’re absolutely on your knees because it’s been a hard day.”

“It is quite lonely and there’s lots to do,” Godrich says. “As soon as you’re off one machine, you’re onto another one. I bring my dog down here. He loves it and has a run round. It’s quite lonely now, though. When it first started, you thought it was alright. Now it’s like, I’ve got that to do, I’ve got this to do. Is it going to rain?”