Wimbledon Groundsman Responds To Federer: Roger Federer and Rafael Nadal had different opinions on the Wimbledon speed surface. The Swiss player believes it got slower than the previous years while Nadal said it is still the same one. Neil Stubley, who oversees the groundsmen team in the All England Club, said: “Every year we have an independent company come in and test the speed of the courts.

Then we take a lot more of other metrics of the court – firmness, soil moisture, the density of the grass. All of those attribute to the speed of the court. Now all of the data we are collecting each day is telling us each day that they are pretty much where they were last year. 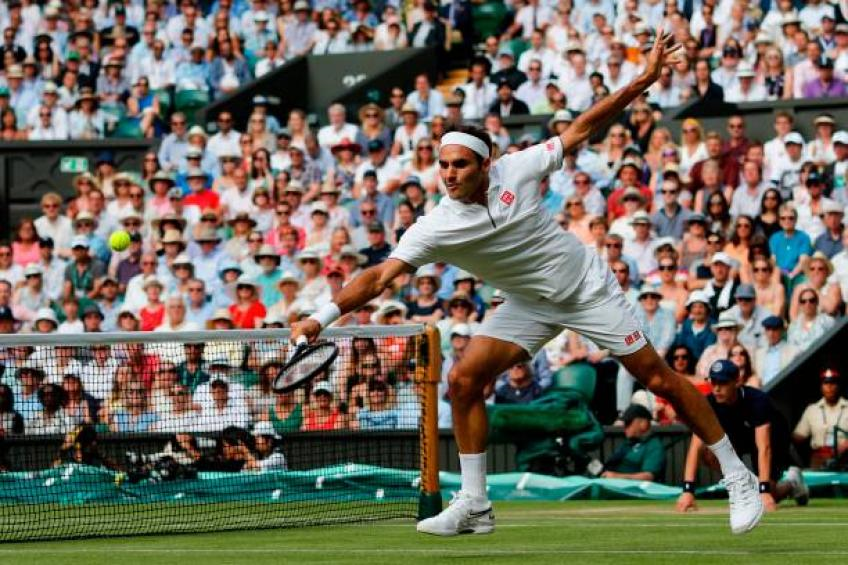 Typically we will take over 20,000 readings of the hardness of the court during the championships. Over 18,000 tests for chlorophyll density, which tell us how much grass is on the baseline and in the body of the courts. And all of that data is coming back and telling us that the courts are playing the same speed that they were for not only last year but in previous years.”

He is not surprised that there are different opinions on the topic: “Sometimes it is the type of player as well. Certain players that will use certain techniques like topspin would deliberately slow the game down. Humidity will slow it down because of the moisture in the air.

So there’s a lot of variables and sometimes a player might only play three or four matches on grass from one year to the next. So when they come back, they don’t always necessarily remember what it was like the year before.”

Meanwhile Federer spoke about how he starts packing: “It starts with suitcases. You can try to travel with 20 bags but you try to keep it to two-three suitcases. Sometimes we are around the world for eight weeks in a row, you need to have nice jackets and jeans so you have to mix it up a bit.”