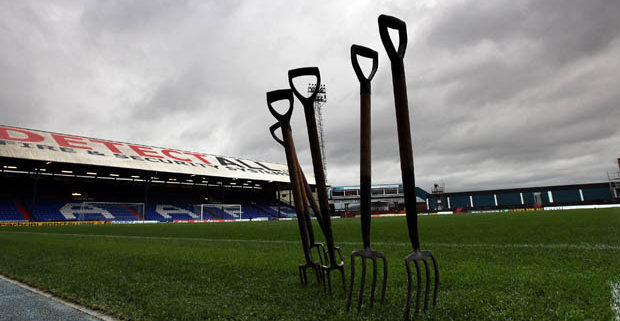 Following on from the success of last Season, nominations for the FA’s Groundsman of the Year Award are now underway.

This annual Award provides a great opportunity to recognise and reward Groundsmen at Steps 7 and below.

To make your nomination, just complete the Nomination Form (below) and return either by email to kate.foote@wiltshirefa.com or post to the County Offices.

The Wiltshire FA will gather nominations and using the Judging Guidelines, select the top three to put forward as part of The FA’s National Awards.

Last seasons’s winners were invited as special guests for the England v Spain friendly fixture in November. They also attended an Awards Day which took place in August at St Georges Park. The nominees were given a guided tour of the site as well as an insightful presentation from Karl Standley (Head Grounsman at Wembley Stadium) and also a Q&A workshop with professional groundsmen from Southampton, Manchester City along with Alan Ferguson from St George’s Park.

Don’t delay in getting your nominations to us!

Updating Events Get Off To A Flying Start