Andy O’Neill on 12 months as Territory Manager: The last 12 months have been a challenge for us all, and perhaps that’s putting it mildly! For Redexim’s Andy O’Neill add to the mix the fact that he only had a couple of months to get his feet under the table as Central UK Territory Manager before the nationwide restrictions were introduced.

Now, a year into the role, Andy reflects on his rather unusual induction period and how new products in the Redexim portfolio are making quite the impression now that socially distanced demonstrations can resume. 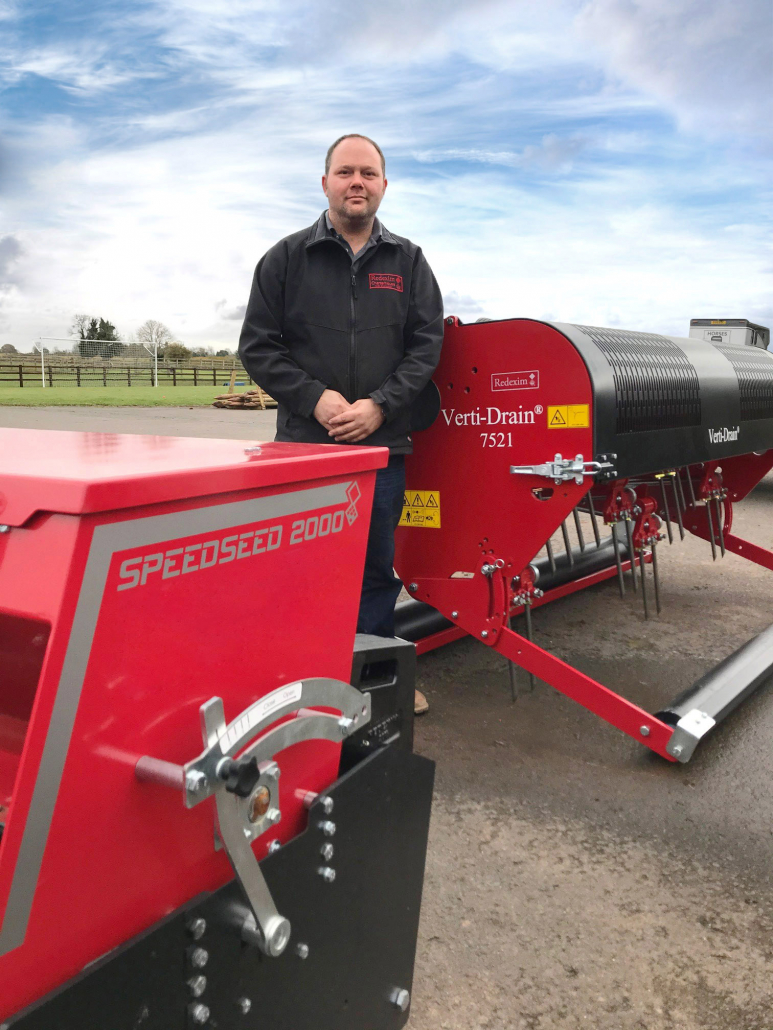 Andy joined Redexim in November 2019 and brought with him a wealth of knowledge and experience of their portfolio of products, having spent the previous 14 years at dealer F G Adamson & Son. After making his debut on the Redexim stands at SALTEX and BTME in January this year, Andy set to work familiarising himself with dealers and key customers in the central regions before the restrictions were imposed.

“Joining Redexim presented me with a fantastic opportunity to work with a well-established range of equipment which, during my time in my previous role, I developed a great deal of belief in and passion for” explains Andy. “It was great to meet lots of faces, both old and new, at the industry trade shows and thanks to the powers of modern technology, we managed to keep in contact and support these customers and dealers during those difficult few months where physical meetings were not possible.”

Along with a new face, SALTEX and BTME were also the launch platforms for two new products in the Redexim natural turf collection – the 6m wide Top Brush and the high-speed 2519 Verti-Drain. “Despite the many adversities the year has thrown at us, there’s still a fantastic appetite to see new equipment in the industry and the Verti-Drain 2519, in particular, is delivering real wow-factor to those that have seen it to date. Now that I am finding my feet all over again, I am looking forward to demonstrating these and other products to the market where and when I can over the next few months.”

Reesink pumps up range with Franklin
Scroll to top