Writing articles while in lockdown is a different way of operating. 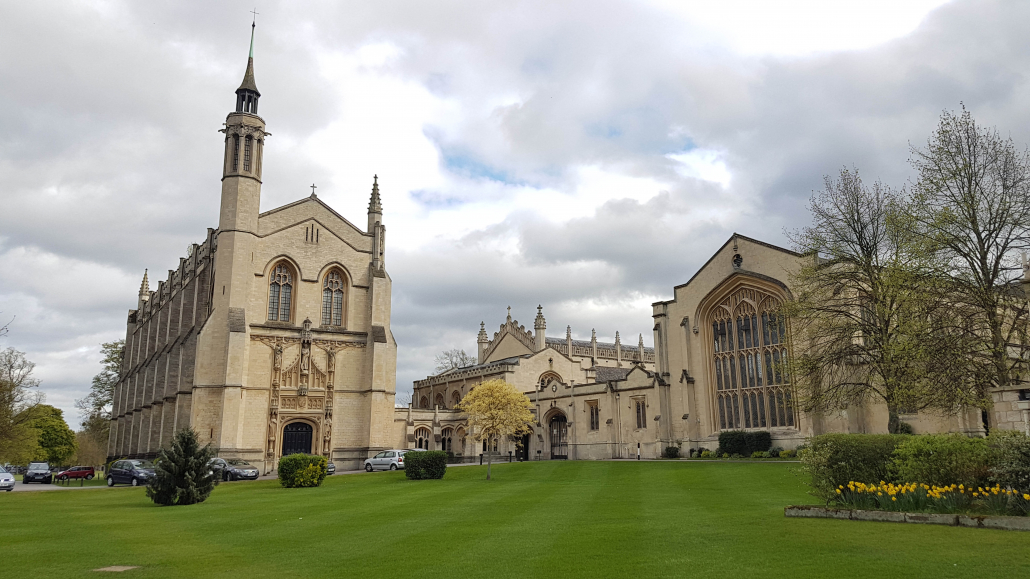 You do find yourself with more time to pull together the information you require, but, confined to barracks, you are a little more reliant on the likes of Wikipedia for background info.

Now, I hope that I haven’t given aficionados of the paranormal or True Believer Comic books any false encouragement, or opportunity, to share their passions with the likeminded but, if so, I can only apologise.

Oh yes. This may be revealing state secrets, but Cheltenham is also the home of the country’s spies – GCHQ!

I mention this merely to show how much a town of population 116,000 (another Wiki info grab) impacts on the country and beyond. It surely punches above its weight. 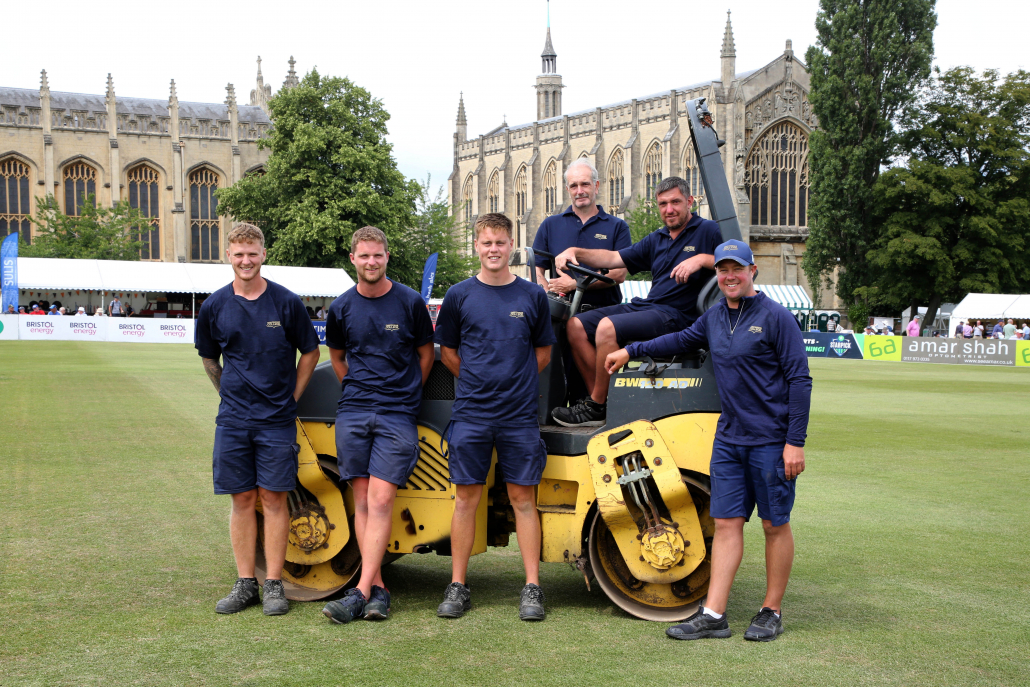 Ironically, I hooked up with Christian on what is undoubtedly the strangest year of his professional life and at exactly the time he should have been watching the pitches, he’d so lovingly prepared, in action for the benefit of some of the country’s finest cricketers.

But the Cricket Festival, which brings visitors to the College from all over the world, was understandably cancelled.

Cancelled in just the same manner as every major sporting event in this country since March and, ironically, since the Cheltenham National Hunt Festival, which controversially went ahead when many had wished it hadn’t.

But despite this Christian was in fine form. The reason? He was just back at work having spent the previous three months on furlough.

“During the Coronavirus period the school took the decision to furlough some of the grounds staff, retaining a few members of the team to keep the grass cut and manage any urgent jobs,” explained Christian.

At the beginning of a time which was frightening for so many people on so many fronts Christian was understandably worried for what the future had in store.

“I don’t mind admitting that I did suffer from a bit of anxiety in the first three weeks of April. We were watching the death rates rising, the infection rates climbing and I was wondering when we would get back to working on the pitches. All those things were rushing through my head, and I did have sleepless nights over it.

“But thankfully thanks to family and close friends I was able to talk things through, agreeing that it was like a bad dream and that hopefully we’d all come out the other side.”

Christian used his time in furlough as productively as he could, talking to other Grounds Managers on their WhatsApp group and progressing the HND Level 5 he had been working through.

When Christian’s restart date arrived, he was chomping at the bit, but it wasn’t a case of back to normal.

“I was brought back slightly early so that my two lads could basically have some holiday as they’d been working solidly since March. The whole team will be back together at the beginning of August. By then we will hopefully have confirmed what we are going to be doing as at this point we don’t know for certain if it will be cricket when the pupils come back, or if we will be back into rugby.”

The issue of determining which sport to work on is particularly important at Cheltenham as the ground “doubles up”, working as cricket in the summer and rugby union in the winter – two of the main sports played at the school. 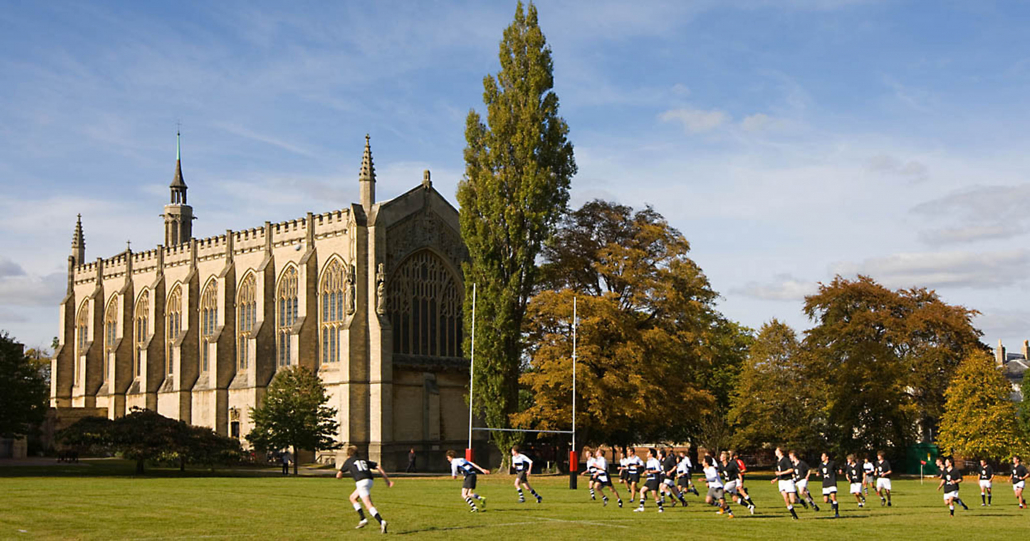 “We had a really difficult winter last year with so much rain. We are free draining, as we are built on sandy loam, but I had to call off some rugby sessions as well as some matches last year which is unheard of here.

We just couldn’t get the water away quickly enough and we did have a lot of damage. With the lockdown we haven’t had a change to repair it yet but are now looking to get some Limagrain seed in the ground, some sand dressing and some fertiliser on.”

The school rents out the cricket field to Gloucestershire County Cricket Club for the festival for a month to give time for stands, the marquees and the rest of the infrastructure to be erected and Christian is able to indulge his first love and prepare a first class cricket pitch.

Unlike most boys with a cricket interest, Christian’s dream wasn’t to open the batting for England, nor to become the country’s dashing all rounder, in the mould of Botham, Flintoff or Stokes. Christian’s dream as a boy was to be the Head Groundsman at Lords!

But Karl McDermot needn’t be too worried as Christian now believes he has the very best job, ironically as his own version of an “all rounder”, combining the variety of different sports surfaces, but also gives him an annual (not this year admittedly) opportunity to prepare a top class cricket pitch.

It was this that attracted him to Cheltenham College, originally as Deputy, seven and a half years ago, having previously been at Radley College. He had attended the Festival as a youngster, mixing with the likes of Courtney Walsh and Jack Russell, and playing on the outfield during lunch and tea intervals.

“I like the school environment and with the annual first class cricket as well it combines both for me. Cricket is my passion and, I would say, my forte.”

This year’s postponement would have been the Festival’s 148th year, an event which attracts fabulous crowds of up to 6,000 a day and 30,000 over the fortnight from all over the world. It is basically Gloucestershire’s home ground for two weeks each year hosting two four day matches and various other matches too.

“Gloucestershire’s home is Bristol, in the south of the county and coming here brings cricket to the north. The county is spread out and a lot of people don’t get down to Bristol to watch cricket.”

Christian is in full charge of the pitch for the Festival and he works closely with the Gloucestershire Operations team, who this year were planning more of an on-site presence to take charge of the build-up, which previously had the propensity to drag Christian away from pitch preparation work.

“The lads sometimes get called away to help now and again but I’m in sole charge of the playing surfaces and that’s my role during the Festival,” he said.

Such is the close knit nature of cricket groundsmanship, Christian has a phone full of the numbers of some of the best in the business. He is particularly close to Vic Demain, at Durham, whom he knew from before Vic moved into first class and then Test cricket. Having had an extended time away from work Christian and the team are very much looking forward to getting back into the pace of school groundsmanship. 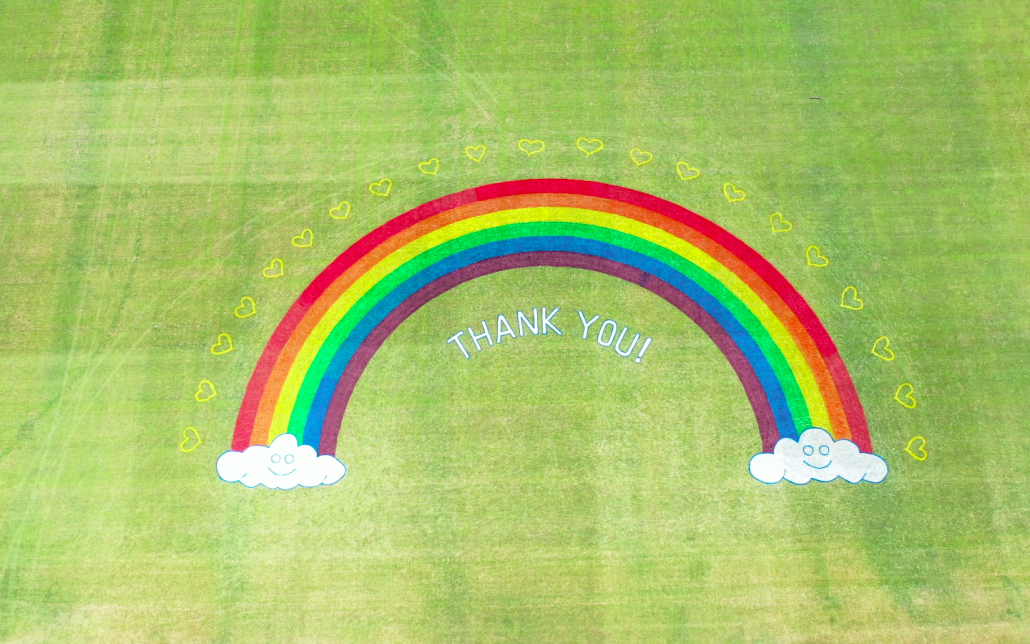 As well as the natural turf pitches Cheltenham has astro pitches too which are used for hockey and tennis. The astro pitch is relatively new and regularly maintained by S&C Slatter.

“It’s great to have to have the variety of sport and our goal is always to improve on our surfaces each year and learn from what we have done the previous year,” said Christian, who has extended this drive for constant improvement by ensuring that his team – often the public face of the school when working on the grounds or attending weekend fixtures – have uniform which is befitting the professional approach they take to their work.

“Previously we had uniform from the local safety warehouse with a Cheltenham College badge added to it and it faded within a couple of washes. I persuaded the school that we needed to look more presentable and we have upgraded our uniform. We do take pride in our appearance and feel smart coming into work.”

As I mentioned at the beginning of his piece the town Cheltenham very much punches above its weight. I think, having spent some “virtual” time in the company of Christian, that we can pay that very same compliment to the Cheltenham College grounds team.

Can I just ask the “fact checkers” to be kind to me!

How to develop and create great teams
Scroll to top