Since 2005 Aberdovey started to experience an increase in the frequency and length of course closures due to a combination of reduced ditch maintenance, ageing and collapsing clay field drains in the fairways and changing weather patterns. 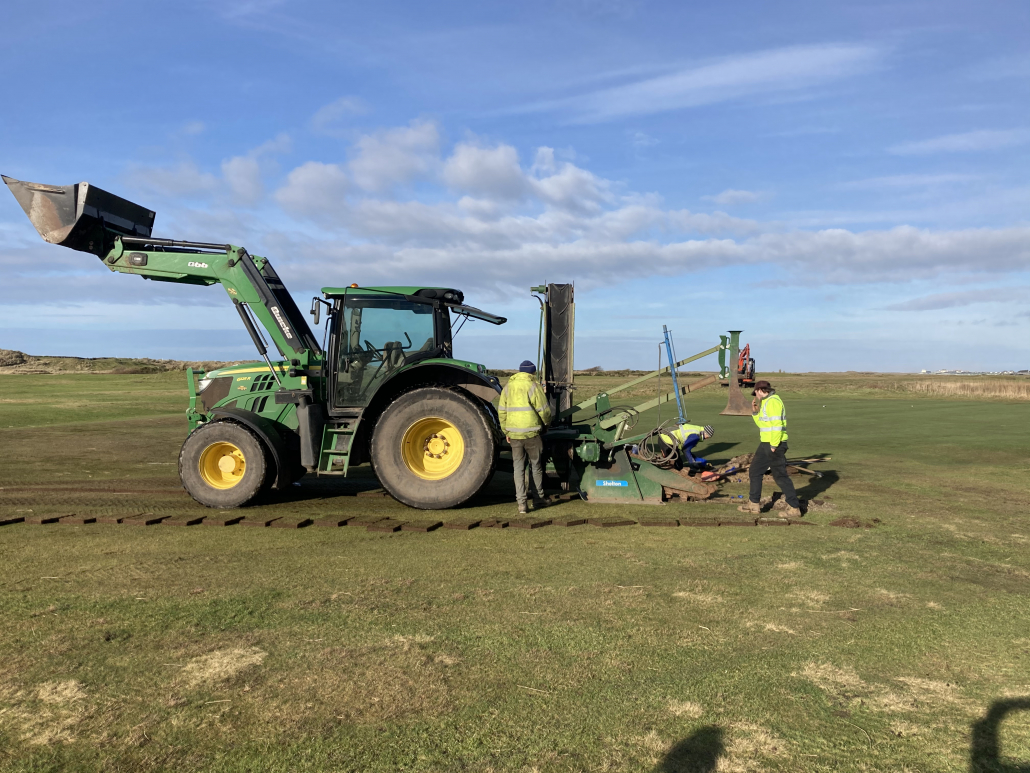 The course, which is flanked by Cardigan Bay and a long sandy foreshore incorporating a semi mobile dune system, is highly valued as a rich source of ecology and biodiversity and is classed as a site of special scientific interest and also serves as a special area of conservation. As such, the club works with the STRI, Natural Resources Wales (NRW), Gwynedd County Council, Snowdonia National Park Authority and the Amphibian and Reptile Conservation Trust.

The ditch system in the centre and northern end of the course supports a population of lesser water plantain which used to be scattered throughout the country but is now mainly found in coastal regions and the East Anglian fens. A vital part of the project was to improve the stormwater run-off from the site while retaining sufficient water in the ditches to maintain the population.

A significant part of the project was lowering the water table, which was high due to the original ditches and pumps not being installed at the lowest possible level. This practise has been commonplace at numerous links courses to prevent drying out in the summer but remains playable in winter. However, due to more regular rainfall during July and August courses no longer dry out in the same way, and the shallow ditches, warm days, and low ditch maintenance have helped the lesser water plantain flourish and the determent of the course. 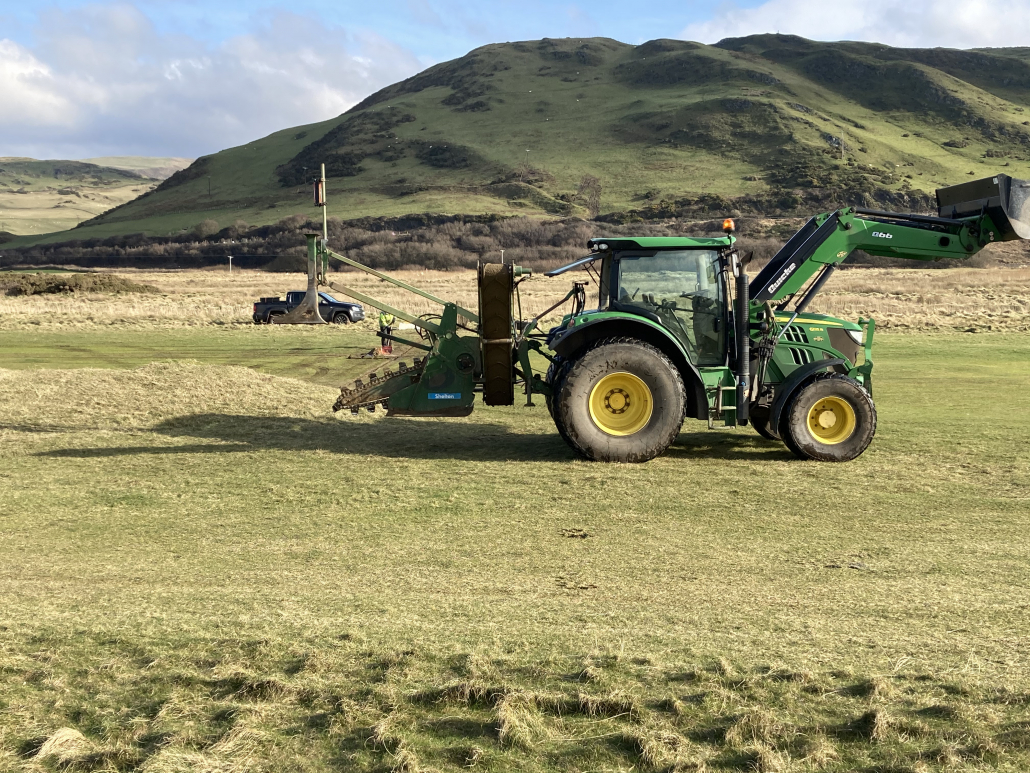 David Tomkinson, Greens Chairman at Aberdovey Golf Club, explains: “The contribution made by Duncan and his employees was central to the success of the improved drainage scheme. Work was carried out from first light until dusk, deadlines adhered to and all operations carried out professionally with the very minimum of disruption to the golfers on the course.

“The success of the drainage improvement project has resulted in many fewer days lost to course closures while maintaining the population of lesser water plantain.

“Duncan arrived on site in February 2018, and it was soon established that while the pumping station near the Clubhouse end of the course was effective, the natural flow outfall at the far end was not. Duncan very quickly found that a 250mm drop to the stream, off-site, combined with the fall across an existing seemingly horizontal culvert near the outfall would provide the basis to drop the water table by 750mm.

“The base of the main ditch was increased in depth across half its width, with levelling techniques maintaining a steady fall of 750mm over a 3km length. The area of ditch where the plantain is most prevalent may have caused a problem so Duncan’s suggestion, not taken up by NRW, was to dig a parallel ditch to improve the drainage without disturbing the rare plants.

“The solution chosen was to reduce the disturbance to the fairway by leaving the old clay pies in place, avoiding damaging the fairway by removing them, and putting in new pipes in parallel but at the new, lower, water level. A sluice was installed near the main outfall to hold back at least 50mm of water in the ditch system while allowing the run-off of stormwater.

“A requirement from NRW was the excavation of wetland scrapes in low lying areas near the 11th green which were constructed and provide an additional area for the plantain to colonise. Also, Duncan was able to weld an extension onto the pumped outfall pipe on the beachside of the dunes, which reduced the amount of sand washed away at the dune base. On the golf course side of this pipe, an area of redundant dry ditch was filled in, and the turf replaced, making the area playable by golfers.”

The club continues to work with NRW and Duncan Ross on several projects relating to the management of the site including monitoring coastal erosion, protecting the wetland areas from seawater ingress, creation of further wetland scrapes and sand scrape areas, monitoring the population of sand lizards, management of rank grass areas to improve grazing for sheep and management of areas of degenerate gorse.