Euroflor To Enthrall At Hever Castle: Hever Castle Golf Club’s head greenkeeper Rob Peers is a man on a mission: “to encourage visitors to both the golf course and the castle estate to fully enjoy and be fully immersed and engaged with the complete site”.

And he is confident that by using a variety of Rigby Taylor’s Euroflor urban meadow flower seed mixes he will achieve this and, by so doing, ‘integrate’ the golf course with the castle estate and enable and encourage all visitors to Hever – golfers and their partners/guests and, likewise, castle visitors – to be fully aware of everything that the historic site in Kent has to offer. 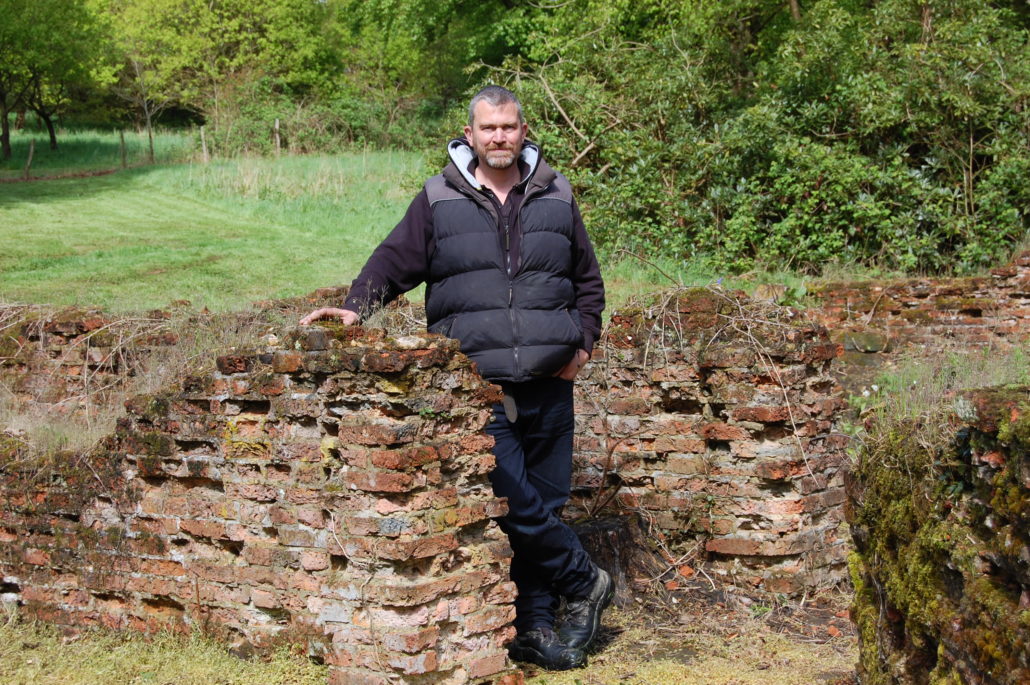 Built in the 13th century, Hever Castle was originally a country house which came into the hands of Henry VIII who, in 1539, bestowed it upon Anne of Cleves in 1540 as part of the settlement following the annulment of their marriage. The property has since passed through various ownerships.

“With over 400 acres of golf course and estate, including formal gardens, there’s something here for everyone,” says Rob, “and by using the Euroflor mixes to create colourful and eye-pleasing areas with the wow factor, I can foresee a real crossover of visitors between the different areas of Hever – effectively bridging any ‘gap’ between the golf course and the estate.”

Rob and his eight-strong greenkeeping team devote around 80% of their time managing and maintaining the 27-hole golf course; the remainder is spent on areas of the estate that border the golf course and are outside of the remit of the castle’s gardening team.

After studying at university as a quantity surveyor, Rob joined the golf course team in 1994 as a casual and, he says, “I immediately fell in love with greenkeeping”. Since then he has undertaken a swathe of training courses, including gaining Level 3 in Amenity Horticulture Sports Turf Maintenance, as well as tuition/certification courses for aboriculture and pest control. A year ago he was appointed head greenkeeper, after a spell as deputy head greenkeeper.

While his first year as head of the team has, he says, enabled him to recognise the full potential of the benefits of ‘marrying’ areas of the golf course with the wider estate it has also, he adds, “been an exciting, challenging and at times scary period”.

Rob has an infectious enthusiasm for biodiversity and environmental issues – “on the greens, for example, we are doing more to make the sward as healthy as possible by, for example, increased aeration and using more sand rather than chemicals” – and this embraces measures (including bee hives) to improve the incumbent fauna and flora.

It was while he and the team were clearing certain ‘border’ areas (which led to a natural upsurge in bluebells and wild garlic, for instance), that Rob began having thoughts about the potential use and effectiveness of wildflowers in certain areas; some close by/on golf course areas; others in areas sandwiched between the course and the estate.

“Aside from converting unused, largely overgrown plots into colourful and attractive areas for everyone to enjoy, I also know that a project like this is great for my greenkeeping team. It raises our skill sets, improves our engagement with the site and lifts job satisfaction levels.”

Several areas of the estate have been made ready for the Euroflor mixes and in most cases this has entailed clearance of grass, brambles and weeds or a reduction in lake-side reed beds.

One area with particular focus will be the recently-discovered (by him) remains of a riverside bower (shelter) that was inspired by Anne of Cleves, the fourth wife of Henry VIII. This brick-built construction dates back to the early 1900s. “It was in an area previously masked by long grass, brambles and weeds,” adds Rob, “but I think it will be the perfect showcase for a white-based wildflower mix.”

But why Rigby Taylor and why Euroflor seeds (from Top Green, the largest seed producer in Europe)?

“Each week I meet up with a good friend, a fellow head greenkeeper who, despite operating on a relatively small budget on a nine-hole course, commented that he receives excellent service from Rigby Taylor’s regional sales director, Mike Ring, and he suggested I contact Mike.

“I thought that if Rigby Taylor responded so well to such a customer then as sure as anything the company would pay attention to me! And that has certainly proved the case because I can’t fault Mike’s response, back-up and level of support.”

He continues: “Mike also put me in touch with Howard Wood, Top Green’s Euroflor consultant, and it was after a conversation with Howard – a man with more than 35 years’ landscaping/wildflower experience throughout Europe and Africa – that the project here really gained momentum. 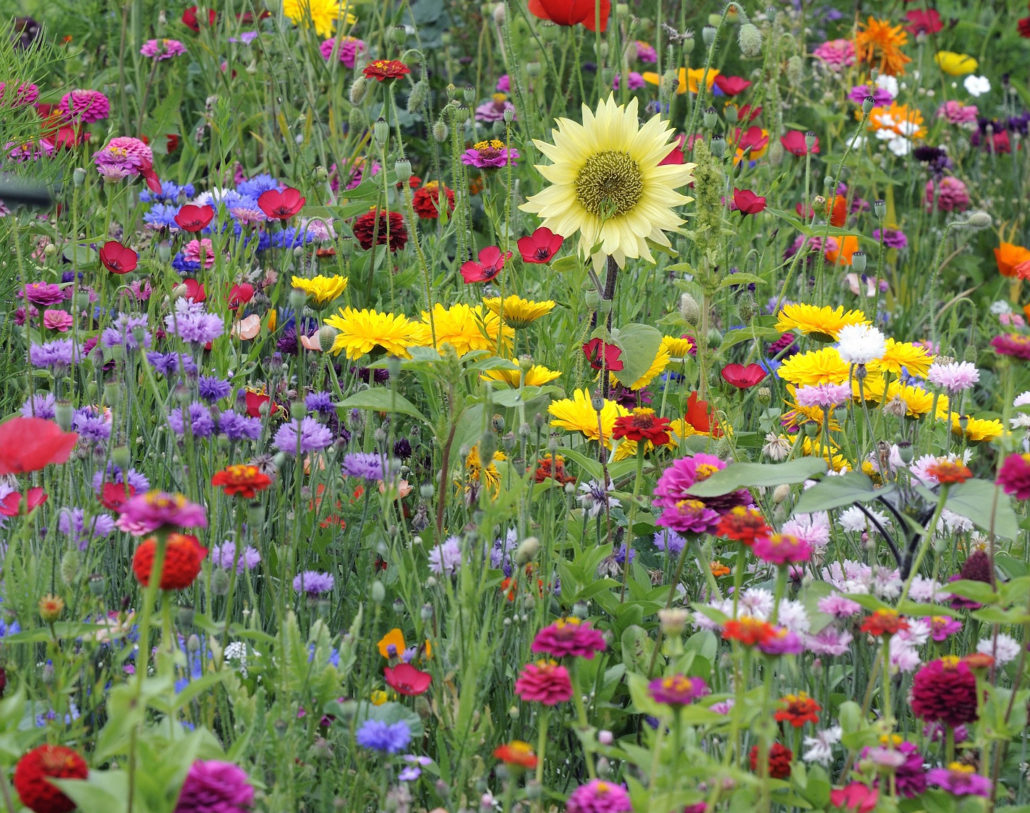 “Howard offered invaluable advice and recommendations on which Euroflor mixes would sit best in the various locations I had identified in terms of colour and height, as well as texture and form.” The chosen mixes are:

Rob will also be using the Souvenir 100% Red Poppy mix, fittingly in the surrounds for the 11th tee. The poppies will be planted to mimick a clock face at 11.00am (if viewed from above). In addition, the Souvenir mix will also be planted sympathetically at the entrance of the Kent and Sharpshooters Yeomanry Military Museum which is situated within the castle grounds.

Howard also advised Rob on bed preparation, including soil analyses for mineral deficiencies or extreme pH levels before the removal of all vegetation then the application of a glyphosate-based weed killer or hand weeding.

That said, Rob will also be using Rigby Taylor’s latest FloraFleece biodegradable matting for some planting. This weed suppressant and support for Euroflor sowing is a recycled fabric composed of 50% jute, 25% cotton and 25% brown wool, with a hessian scrim. Laying this effectively eliminates the need to ‘clear’ an area of weed.

“Howard and I got together and discussed every plot, in some cases viewing it from afar to judge whether the chosen colours and heights would potentially have the desired impact,” says Rob. “Leaning on Howard’s expertise, I’m sure I’ve chosen correctly and now it’s simply a matter of time before we find out!”