Final Roll For Retiring Greenkeeper: Deniliquin’s Tom Maw has worked and mastered the art of ‘greenkeeping’ over the past 48 years.

When Mr Maw was 17 he applied for a greenkeeper apprenticeship at the Deniliquin Golf Club after his father noticed the ‘wanted’ position when playing a round of golf.

He applied and got the job, completing some formal studies via correspondence from Sydney over three years while at the same time keeping Deniliquin’s fairways and greens lush and manicured.

Mr Maw developed a love for the job. He spent about six years at the Golf Club before taking a position at Deniliquin Bowling Club under head greenkeeper Bruno Roberto, where he stayed for another six years before becoming the sole greenkeeper at Deniliquin RSL Bowls Club where he has remained for 36 years.

Mr Maw said a lot of people think there’s not much to the job but it’s not as easy at is seems.

‘‘You have to be prepared to do the hours and you have to overcome a lot of problems. The biggest problem I found was a lot of people get their ambitions and their capabilities mixed up, so they blame the greens because they didn’t bowl well! I’ve been pretty lucky with few complaints because our greens are pretty good, but there’s always someone not happy,’’ he said with a laugh.

Mr Maw’s final day on the job is today and he said he’s thoroughly enjoyed his time at the Deniliquin RSL Club.

‘‘It’s a very enjoyable job working at the RSL. I just do my own thing, I don’t have to clock on or off, just as long as the work’s done, that’s why it’s a good job.

‘‘I recently turned 65 and thought it was time to give it away.

‘‘I think I’ve walked around Australia once at least, because some days I think you could walk 20 kilometres easy. Every day the greens are mowed and sometimes you have to go over them at least six times to get the product you want, so there is a lot of walking involved.’’

Apart from the long hours and labour, Mr Maw said you have to have a ‘knack’ for the job.

‘‘You mow, roll it, fungicide it, fertilise it and water the grass.

‘‘If you have been doing it a while like I have, you tend to know just by looking at it what it needs.

‘‘I would be able to tell you where the dry patches will show before they even come up. You get to know the greens and build a relationship.’’

There have also been a lot of changes to the grass throughout his career.

‘‘When I first started there we has a thing called bent grass which is a grass that grows in England because they have a lot of moisture, however it doesn’t like the heat.

‘‘So over here you had to watch it every day or it would die, and if it died well that was it.

‘‘Then they changed over to a couch grass called Tifdwarf, which came in from America. The grass gives a much quicker bowl which meant the bowls had to be changed as well, but the most important thing was that we could sleep at night knowing the grass won’t die.

‘‘One tournament at the Deni Bowling Club over a long weekend in January we would go back to water the greens at 2am to 3am in the morning and then we would have to be back there to mow it at 5am; that went on for about a week. So a lot of things have changed in my time,’’ he said.

Now with more time on his hands Mr Maw said his first plans are to enjoy some sleep-ins, along with some travelling with his wife Chris and then trying to get his golf handicap down. 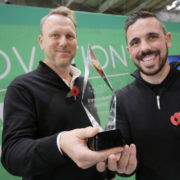 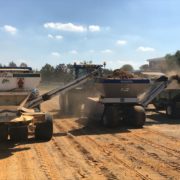 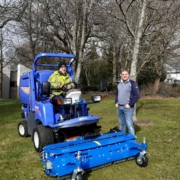 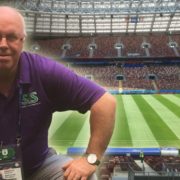 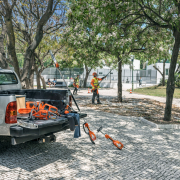 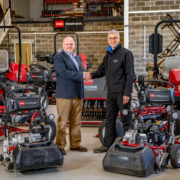 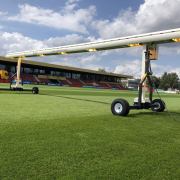 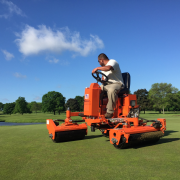 Protect Your Veg Plot From Slugs