Good things come to those who wait…: Scott MacCallum catches up with the most patient man in greenkeeping – Paul Larsen, who has had to wait an additional 12 months to prepare an Open Championship course.

The Open Championship at Royal St George’s Golf Club is going to be a wonderful event. 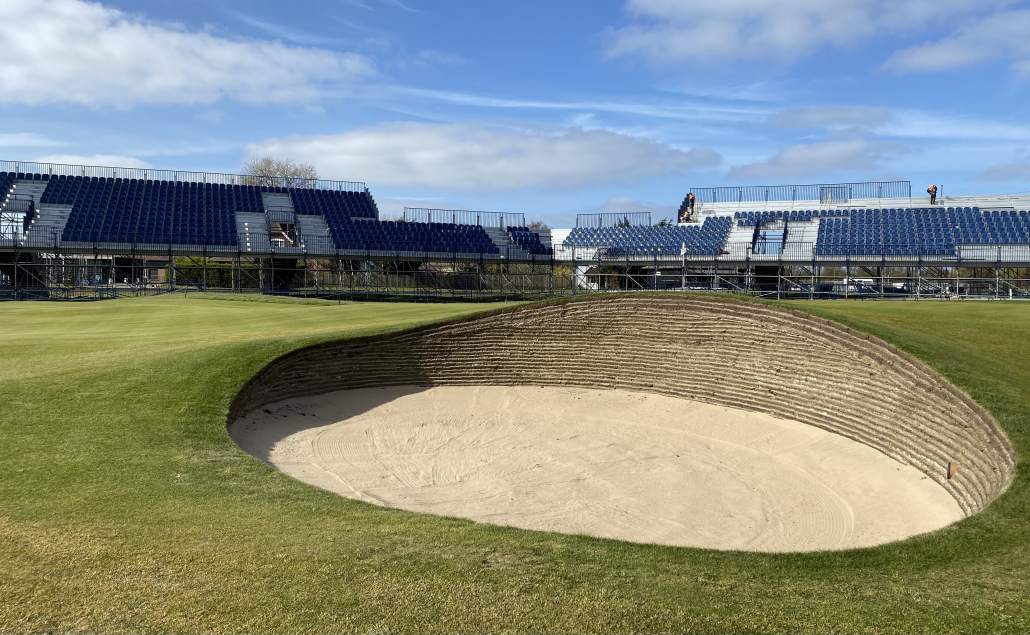 The course, one of the best on the Open rota, will be in immaculate condition, the weather will be superb and the golf will be exciting, irrespective of how many spectators are there to create the galleries.

How can I be so sure? Well, I’m merely following the old adage “Good things come to those who wait”, and oh how the club, and, in particular, Head Greenkeeper Paul Larsen and his team have had to wait.

At the beginning of last year everything was on track for The Open, in July. The long and medium term planning had gone well and Paul and his team were hoping for a good spell of weather in the months ahead so that the course would be fast and running, just how the R&A like it.

The decision was taken to postpone the Championship for a year on April 6, and immediately the date, which had been penned into the diary since 2017, when Royal St George’s hosting was announced, disappeared over the horizon.

“To be honest when the news about the postponement came through my mind wasn’t really on The Open. It was on the virus,” recalled Paul.

“I only had five people in, including myself, everyone else was on furlough, and we were just doing the bare essentials on the course to keep it going, as we were instructed to do. We also had the heatwave at the same time so we were hand watering everywhere and not really cutting.

“To be fair the fescue was thriving but The Open was suddenly in the background,” said Paul, who admitted that he was one of the first to take the virus seriously.

“Without going OTT we were doing all the cleaning of hands and equipment, which eventually was official advice, from the very beginning.”

With the US Open being moved from June to September, The Masters moving to November and some European Tour events being played before the original Open date, there were thoughts that a slightly shorter delay may be possible but Paul was pleased that the ultimate outcome was the end result.

“They have considered holding it later in the year but had they moved it to September there would have been light issues and it would have had to have been a reduced field, but around that time we were going into quite a severe lockdown.

“I personally think they made the right decision. There was no messing about, and everyone’s health came first,” said Paul.

The postponement was announcement before any of the huge stands or marquees had been erected but most of the underground infrastructure, TV cabling etc, was in place.

“In a way it has meant that they had a head start for this year,” reasoned Paul.

The club took the greenkeeping staff off furlough when it was deemed safe to do so and they took the opportunity to carry out work that was possible with the course devoid of golfers.

“It was great by the club that they took everyone off furlough and it meant we could get a lot of work done. We’ve done a lot of path reshaping which would have been difficult with golfers on the course and we’ve cleaned out a sand dune behind the 4th green, an area which might be in play.”

Ironically, the original Open week was an exceptionally busy one at Royal St George’s.

“We held an Open tournament for the members which was open to everyone and people could play off the Championship tees if they wanted to. We were getting 120 people playing each day and the weather was great and the course looked and played really well.

“So it would have been great for The Open if it was played.”

In fact, the week before history was made with the first ever professional ladies’ event held over the old links. The Justin Rose Series, a wonderful initiative to give ladies playing opportunities in these strange times, was played with a strong field of professional lady golfers. Gemma Dryburgh, of Scotland, was the first to have a Royal St George’s victory on her record, with a one under par round of 69.

With everything planned for, and geared up for, a particular week in the diary, having that date move by 12 months could have been deflating for Paul and his team. But not so. 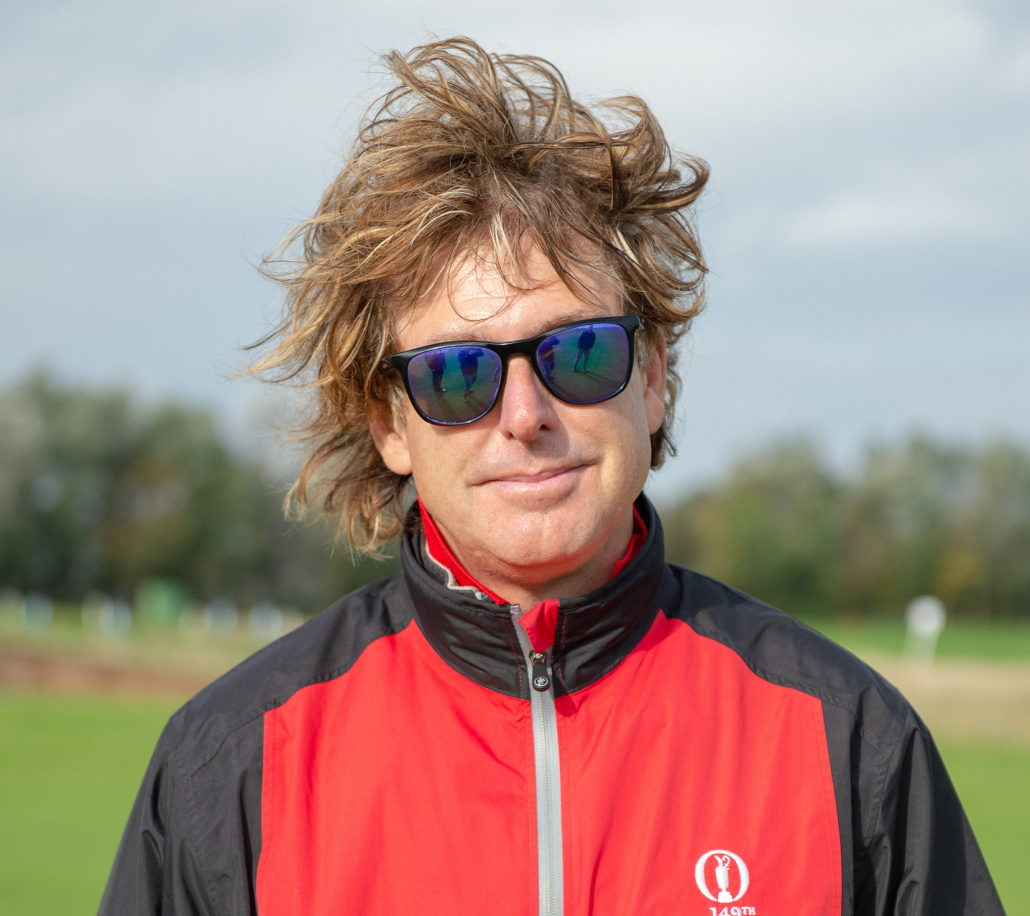 Good question but ‘No’, in a word. The story goes back to when we lost a lot of grass in the drought of 2018. We hadn’t really recovered from that so when we were moved back a year we had great fairways and great playing surfaces in general, but our semi rough was quite hard to get back and contained quite a bit of soft broom.

“So the motivation has been to get that up to scratch . The guys have been hand-dressing the semi. I didn’t want top dressers over it, so we’ve done it in the old-fashioned manner.

The motivation was always there, but the extra 12 months has given us extra motivation to get it better.”

It actually made the very next question a little redundant, but being a stubborn so-and-so, I asked it anyway.

“Was there a date in the calendar that you went back into Championship mode?”

Not too bad eh? But an obvious answer…

But I did get a little more.

“At the end of the day, without the team I’ve got here the results wouldn’t be possible. They’ve been out hand shoveling top dressing day after day, over and over.

They’ve got on with it. It’s not just the hours they’ve put in, it’s the physical energy required to do it.

“I’ve worked on many golf courses and a lot of people think that you just sit on machines in the summer and that it’s easy. We do a lot of hand cutting here and it is physically demanding. They are very fi t from it and they have been absolutely brilliant for me,” said Paul.

Like all Head men Paul is rarely happy with the weather which is dished up to him – a Greenkeeper’s Rain Dance should be up there with the likes of the Argentine Tango and Charleston as a Strictly standard – and sure enough spring didn’t cut the mustard.

“We wanted a good spring, but we didn’t get it. However, this month (May) we’ve had 68mil so that’s rejuvenated everything. Had we had gone from a dry spring to a dry hot summer we’d have got no germination and all our work would have been done and we’d have had no dividend from it. But with all this rain you can see it coming up.”

Elsewhere the delay has meant that the bunkers will be a year older than they would have been.

“We didn’t build any the year before as we didn’t want them to look brand new but with quite a hard winter with a lot of snow we are finding cracks in some of them so we will be finding a way of freshening them up. I’ve got a few techniques to get them right, but they are at the end of their five year cycle.”

For the week itself Paul has had to tweak his original plan and call on his neighbouring golf clubs for help. 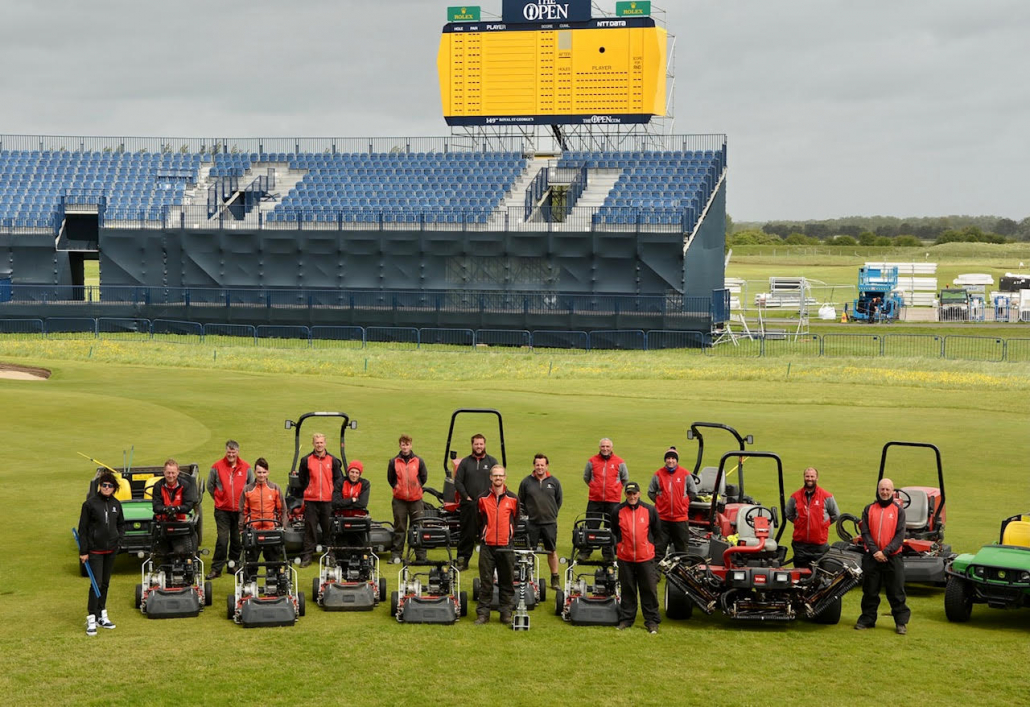 “It will be an unusual Open because normal the team and volunteers stay on site in Bunkabins for the 10 days before and during the Championship. Now everyone has to leave the site and go home at the end of each day and I have had to get 25 local volunteers to help. Normally we have guys for the other Open rota courses but that’s not happening either.”

So 25 local greenkeepers will have the opportunity of experiencing an Open.

“We’ve got to plan what each one will be doing, and we are hoping that they will come for a day’s training beforehand.

There will always be one of my guys with them. It’s going to be interesting. I’ll let you know how it goes after The Open.”

Thinking back to the last Royal St George’s Open – Darren Clarke’s popular win in 2011 – Paul, Deputy at the time had a job he is very pleased to be relinquishing.

“I was painting the holes and I couldn’t relax until the final hole was cut and white painted. I’m glad I’m not doing it this time!”

Despite having been the greenkeeper who has had to show more patience than any other in modern times for his Open to arrive, Paul hasn’t let his mind wander to the week itself.

“I don’t live for the future. I always have a plan, but I don’t particularly think about how I’m going to be feeling. I just accept it on the day. It is what it is, otherwise you are just worrying about what it is going to be like.”

But I really don’t think Paul and his team should be worrying. As I say “Good things come to those who wait” 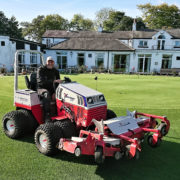 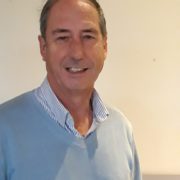 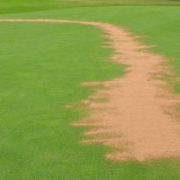 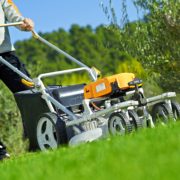 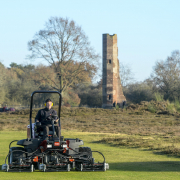 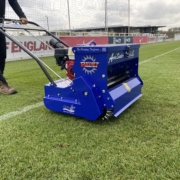 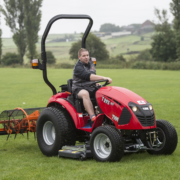 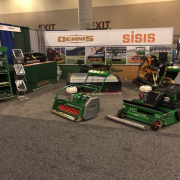 Dennis & SISIS off to STMA

Grass is greener on the other side
Scroll to top