Hayter, makers of the finest mowers, have been designed and manufactured at the Spellbrook headquarters in Hertfordshire since 1946. And the company is still operating and innovating the lawn care industry from the same site today.

Beginning with Douglas Hayter and a horse-drawn rotary motor, combined with a second hand two-stroke engine, the first ever Hayter rotary lawnmower was created. Requests then came for Douglas to create more machines for his friends and neighbours. Soon after, Hayter became incorporated as a limited company, with Douglas’ mowers entering full production.

In the following years the Hayter business went on to design and manufacture many successful lawnmowers, including the extremely popular and iconic Hayterette machine in 1957, which was awarded the BAGMA award for “Best Horticultural Machine of the Year”.

In 1960, Hayter received one of the country’s finest accolades, being granted the Royal Warrant for the supply of machinery to HM Queen Elizabeth II, an honour still retained to this day.

The 1970’s saw the introduction of Hayter’s flagship and most popular lawnmower, the Hayter Harrier, which was one of the first rotary-bladed lawnmowers to feature an integrated heavy rear-roller, enabling the user to achieve the quintessentially British, striped finish in their gardens.

Craig Hoare, Sales and Marketing Manager at Hayter said: “With the Harrier range still in production today, it is great to see Douglas Hayter’s legacy still continuing on. His eye for innovation is still at the core of everything we do at Hayter, with our new range or Harrier mowers being fully battery powered, while still retaining the power and quality of a petrol Harrier machine. We continue to design and engineer all Hayter machines in Britain, at the Spellbrook headquarters – just down the road from where Douglas lived and created the first Hayter lawnmowers.

“It is a real honour to continue Douglas’ work in this new age, 75 years on, from his original genius and innovation.” 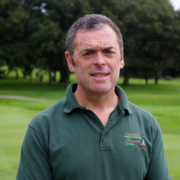 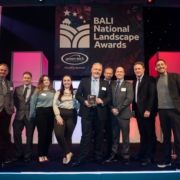 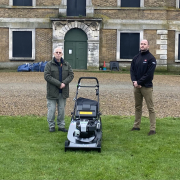 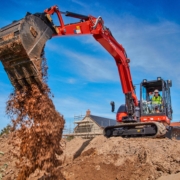 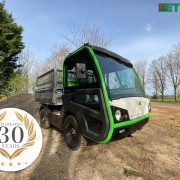 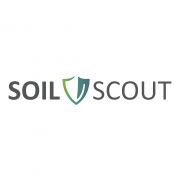 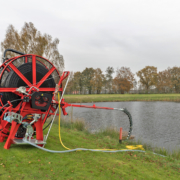 Confidence is high at Bromsgrove