Designed by six times Open champion, Harry Vardon, Looe Golf Club is set in an area of breath-taking beauty. The panoramic views from the course are stunning; to the east are the peaks of Dartmoor and the Tamar estuary, to the south, Looe Island and the channel, to the west and north, glorious countryside and Cornish moors. The 18-hole course measuring 5,940 yards provides an excellent test of golf for all abilities. 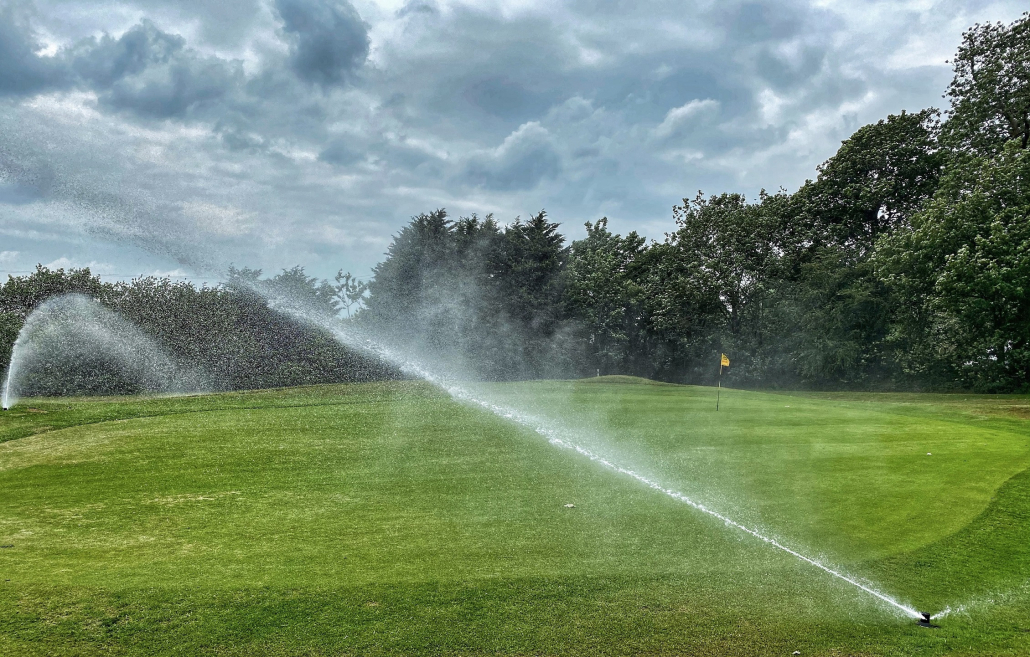 Mat Edwards has been working at the club for six years, three of which have been as the Course Manager. Along with his three full-time greenkeepers, Mat has worked tirelessly to bring about some huge improvements to the course – which has not been unrecognised by the club’s members.

However, he claims that perhaps the biggest impact has been the result of the new Hunter Irrigation system which was recently installed. Which was much needed according to Mat.

“I knew that the previous system was just not up to scratch,” he said. “Some sprinklers wouldn’t work, there were a few leaks and I could not rely on it at all. Considering the prolonged periods of drought we have been experiencing over the past couple of years, it was imperative that we had a good irrigation system.

“Therefore, an appraisal on the system was carried out by Irritech Limited, and they basically condemned it.  I then showed the report to the club’s owner and he gave me the green light to push ahead with a new system.”

It was at this point that Mat met with Wesley Henshaw from KAR UK – distributors of Hunter Golf Irrigation who was introduced to the club by David Bevan of Agrovista Amenity. After being impressed by Wesley’s product knowledge, Looe Golf Club purchased a new system consisting of Hunter G885 Decoder-In-Head sprinklers to be controlled by the Hunter Pilot CCS PC-based central control system.

The G885 sprinklers boast one of the highest torque outputs on the market. With this, the gear drive will push through anything that gets in its way. With such a powerful core, an array of efficient nozzles, and true full/part circle capabilities, the G885 is relied on by many turf managers. Throw in the convenient serviceability of Total Top Service (TTS) and Decoder-In Head (DIH) technology, and you don’t just have the most powerful choice in rotors, you’ve got the most intelligent choice as well.

A new system was designed by Irritech Limited, who also compiled a materials specification and bill of quantities. This allowed a number of irrigation contractors to tender for the project.

After a competitive tender process, the installation contract was awarded to Full Circle Irrigation Ltd. All of the greens and six approaches were installed with the G885 sprinklers with pipe work installed to Tees as part of the on-going project.

“The system has had an instant impact and is already making a difference,” said Mat. “Within two weeks the grass on the greens had grown and lushed up more than I could have expected – and this was in a period where we didn’t have any rainfall for six weeks. 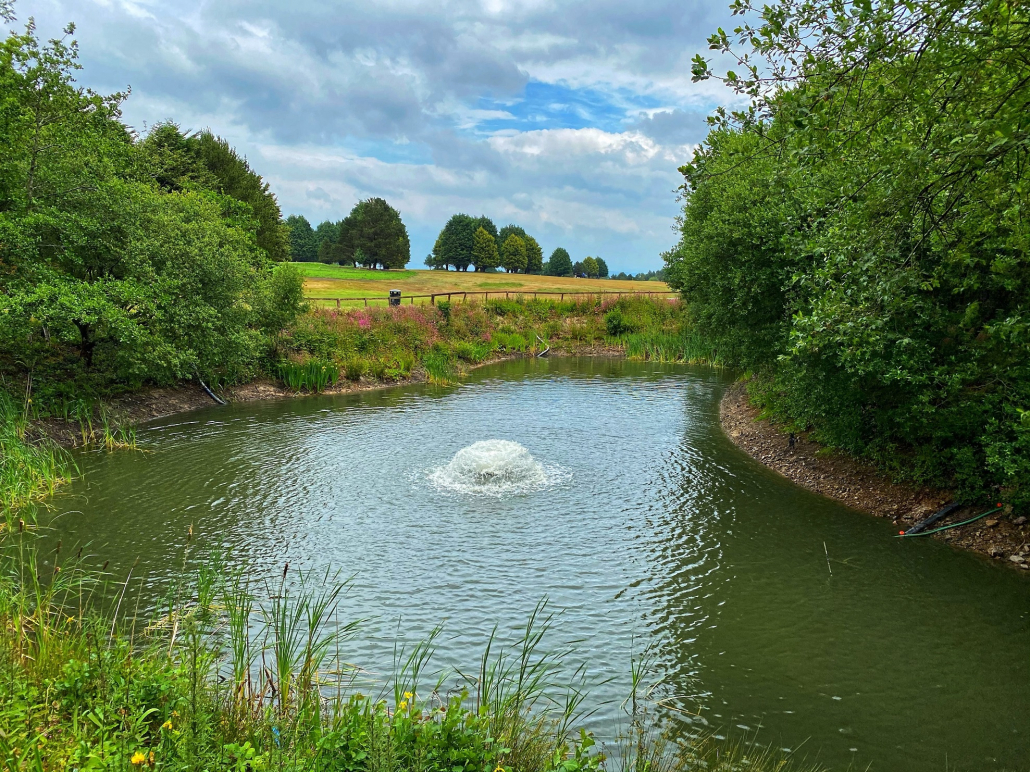 “These sprinklers really are powerful,” he continued. “The course here is very exposed because we are situated so high up, so I was worried about drift. But these sprinklers are not affected by the wind – the nozzles ensure that the water goes exactly where you want it to.

Furthermore, I can control the system through my phone so I can even operate it at home.

“One of the main reasons for purchasing this Hunter system was to try and improve the greens and now they will be stronger through the summer and healthier going into winter.

“It has been worth every penny as far as I’m concerned.”

As a part of this project, a Kasco 1HP 4400EAF Surface Aerator has also been installed to the back-up irrigation lake to improve the quality of the water.

The Kasco high performance surface aerator pushes high volumes of water into the air which increases the overall health of the water and keeps it thoroughly mixed. These self-contained units deliver up to 3.0 lbs of O2 per horsepower per hour of operation, making Kasco surface aerators the most dependable and efficient units on the market.

For more information, contact Wesley on wesley@karuk.com or visit www.karuk.com.