It’s time for tee: On the vast majority of golf courses, it is the greens on which course managers spend a high proportion of their time and available course budget to ensure they are in pristine condition. It is also the surface where invariably, a game of golf is either won or lost.

Irrigation requirements, uniformity and greens coverage is carefully evaluated, however, on most courses I have visited, but few have their tees irrigation sorted to the same degree. 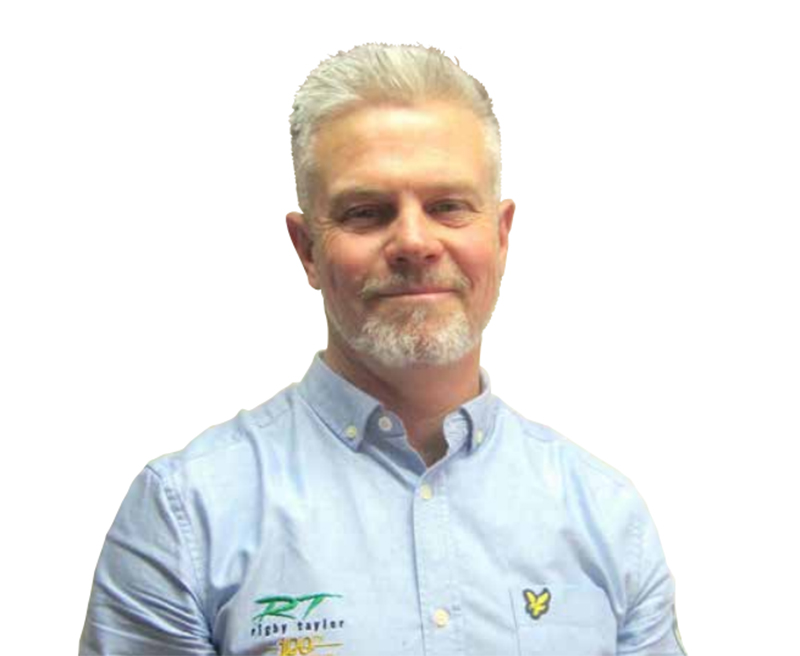 Golf courses’ tees come in all shapes and sizes, even being controlled on the same solenoid station.

When you have almost always got a different sized ladies, men’s and championship tee on the same hole, it’s no wonder then that people get a bit confused when it comes to their irrigation requirements.

Maintaining the best turf cover on these areas can only be achieved if your tees irrigation system is up to the task.

So, let’s talk about proper tees irrigation. To start with, we should only use a greens sprinkler to irrigate a tee block if the block is greater than 15 metres wide. For all narrow tee blocks, we need a sprinkler that is specifically designed for the throw it needs to make.

Luckily all the golf irrigation manufacturers have pop-up sprinklers available that will irrigate much smaller areas.

Here are some examples. If your tee block is six metres wide (regardless of its length) then we need to install a pop-up sprinkler designed to throw six metres radius. This is likely to be a ¾” BSP sprinkler and by choosing the correct nozzle you’ll be able to get roughly the right throw naturally. As a case in point, when you’re looking at the nozzle chart, most these days also have a column that shows you the expected precipitation rate (i.e. mm of water per hour).

If another tee is 10 metres wide you can probably use the same model sprinkler (the Rain Bird 5004 is the ‘gotoo’ tee sprinkler of choice) with a bigger nozzle in it. 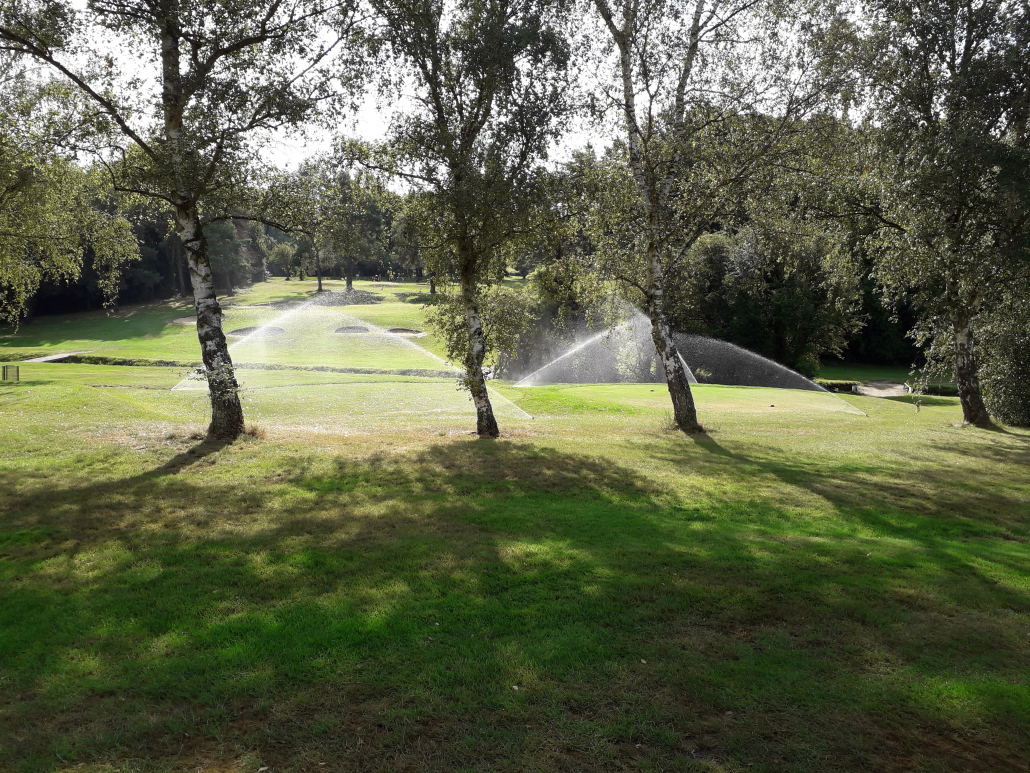 You just need to consult your sprinkler’s nozzle chart (which can be found online). This will increase the flow rate, but then we’re covering a bigger surface area and you will probably find that the precipitation rate is roughly the same for both areas. This means that although you have different nozzles throwing different distances and covering dissimilar sized areas, your application rates are much the same. This is called “matched precipitation”.

Incidentally, smaller sprinklers have lower flow rates so, even if you have twice as many sprinklers irrigating the tee area, you’ll often be applying less water with less wastage. More importantly you will be applying the correct amount of water to your tee blocks, regardless of how big or small each tee is.

These days it is all about ‘the intelligent use of water’. Preferably sprinklers should be installed around the perimeter of any given area: for a square tee block of eight metres x eight metres, plan to install a sprinkler in each of the four corners. Each sprinkler would throw eight metres radius (choosing the same sprinkler as above but with a nozzle designed for eight metres throw). If the tee block is eight metres wide x 24 metres long have one on each corner and then two spaced equally down each side (each of them therefore eight metres apart) adding up to eight sprinklers in total (four each side of the tee). This method of choosing the radius of throw to be the same as the tee’s width isn’t new; when the sprinklers are spaced the same distance apart as their expected throw it’s called “head-to-head coverage” and this method will generally maximise your uniformity. It’s important to have sprinklers on both sides of the tee if possible, again to maximise uniformity. This might seem like overkill but it will provide good coverage, which will allow you to grow a uniform surface of turf. If they are just down one side, then the side with the sprinklers will receive a load more water than the other side.

In a perfect world the course would have all the different tee blocks (championship, men’s, ladies’) on separate solenoid valves, but generally this just isn’t the case. When different blocks have significantly different characteristics, such as shading from trees, drainage and prevailing winds, you might want to consider changing your pipework to divide the blocks into two or more solenoid stations.

This can usually be achieved relatively easily if you have a decoder control system. If you don’t currently have your tees automated, then this is something you could consider as you incorporate them into your automatic system in the future. Divide your tees into blocks with different environmental or soil factors. For tees that are less than 15 metres wide there are smaller pop-up sprinklers (often with ¾” inlets) that are designed for these smaller areas. They will save you water and offer a greater level of accuracy than a bigger greens-irrigation style pop-up sprinkler.

Once the block is greater than around 15 metres wide you can use a 1” inlet pop-up sprinkler (or bigger), like your greens sprinklers, and just choose the right nozzle for the required throw. All this information should be available on the internet if you look up your sprinkler model’s specifications.

The same, incidentally, applies if you have other areas on the course you need irrigating, such as pathways you want to wet down (dust suppression is big business these days and has been highlighted this year in areas that have experienced unusually hot, dry conditions), ornamental area and gardens and bunkers that you want to irrigate.

There are even pop-up sprinklers with ½” bases that will accurately throw the water four to six metres radius, saving even more water and maximising your accuracy of coverage. For the edges of your bunkers you can use driplines, which can be buried under the surface of the turf around the perimeter of the bunker. It will supply that six inches of turf on the edges of you bunkers with some water, preventing burn-off and dieback, while nobody needs to even know it’s there. This can be installed having its own solenoid valve (you must include a pressure regulator) and added into your irrigation system.