The Yorkshire based club restructured three years ago and moved from their previous site to Wales High School. When they arrived, there was one football pitch on the school’s front field with burnt in lines and plenty of work to do. But now, led by the enthusiasm and growing knowledge of club secretary Gordon Johnson, the club is being recognised for the quality of their eight pitches. 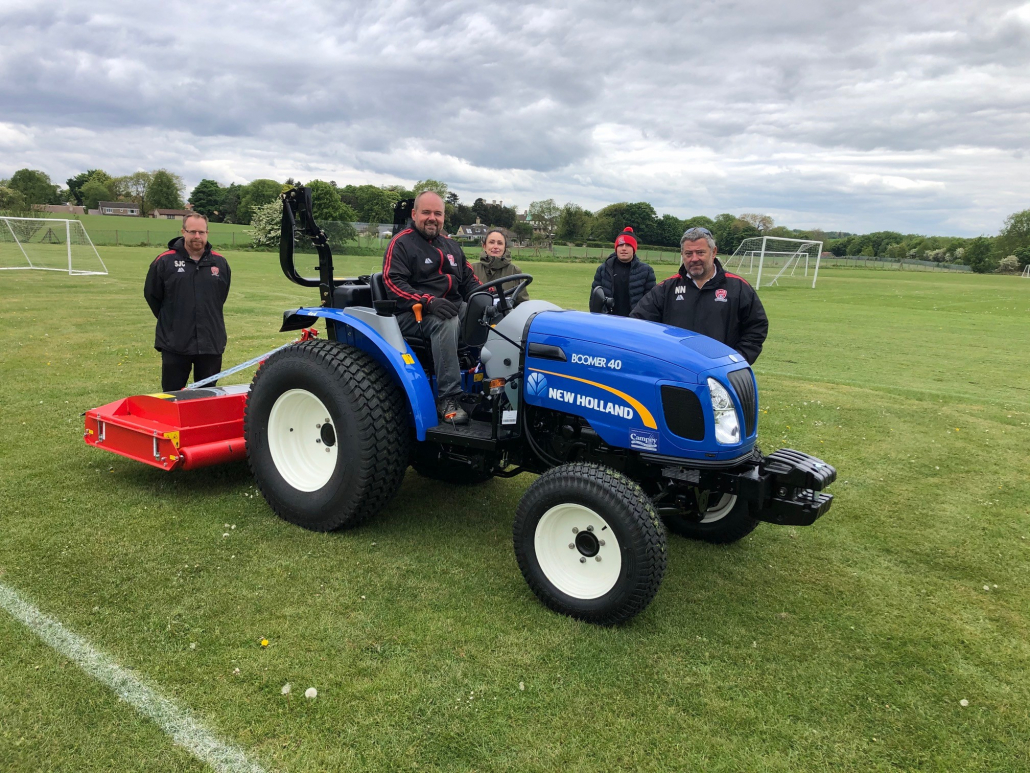 Kiveton Park take pitches to the next level

“I’ve got a passion for groundsmanship which I found when we moved to the school,” Gordon explained. “The Sheffield FA pointed us towards the Grounds Management Association, and we became members and signed up to the FA’s Pitch Improvement Programme. From there, I got really into it and did a level one course, and I’ve progressed from what I learnt on my level one with more maintenance techniques to try and get more games on. This year I did my level two at Stockport County FC, which was brilliant, and I absolutely loved it.

“It was through a coaching course that I got involved with Campey. One of the FA Tutors told me we could apply for an equipment grant from the Football Foundation and the amount was significantly higher than before so as a grassroots club we didn’t have to put as much money in.

“I applied for it, and the guys at the Sheffield FA were brilliant and guided me through it. I did a lot of homework based on the Pitch Improvement Programme because it tells you what equipment you might need. I Googled searched it and found an article that explained how Campey had done a similar thing with another grassroots club and the guy from that club was sitting in his tractor and I thought we could have that.

“Campey was absolutely brilliant with us. I got talking to Simon Holland, who was absolutely superb. He was asking me all the right questions like do we want turf tyres – which we would have probably missed – and other little questions like that. We spoke about whether we were planning to just cut or do other things with the tractor and we are, so he suggested a manual gear system rather than a foot pedal which is better for the volunteers.  It was advice like that which really helped us.

“With the money we saved in those areas, we were able to get a better quality cutting deck with the Trimax Striker, which again Simon suggested, and it’s a brilliant bit of kit. We were ready to get it just before COVID-19, so the machines were sat in their yard until they could complete the installation safely. But when we did get them, they were absolutely brilliant. They came out and showed us the machines and went through all the care aspects as well. They didn’t want to just deliver it, they wanted to give us that bit extra customer care and go that extra mile, and I was really impressed with that.”

The quality of pitches has gone full circle at Kiveton Park FC from burnt in lines to hosting League Cup Finals, and with the new machinery, Gordon hopes to take them even further. With their own tractor, the club can now look at hiring in other machinery to save on contracting costs which allows them to redistribute funds into their other community projects.

Campey offers detailed help and advice before, during and after purchasing to grassroots clubs who are looking to invest in their own machinery. For more information, contact your local Campey product specialist, dealer or email info@campeyturfcare.com.