Lawn Care Legends – Who, What and Why: John Ryan, Founder of Lawn Care Legends, gives Turf Matters an insight to the thinking behind one of the fastest growing groups in the industry.

I’m John Ryan and I am a self-employed lawn care contractor based in Bangor, Northern Ireland and the founder of Lawn Care Legends, who grew from an idea formed back in July, 2017. 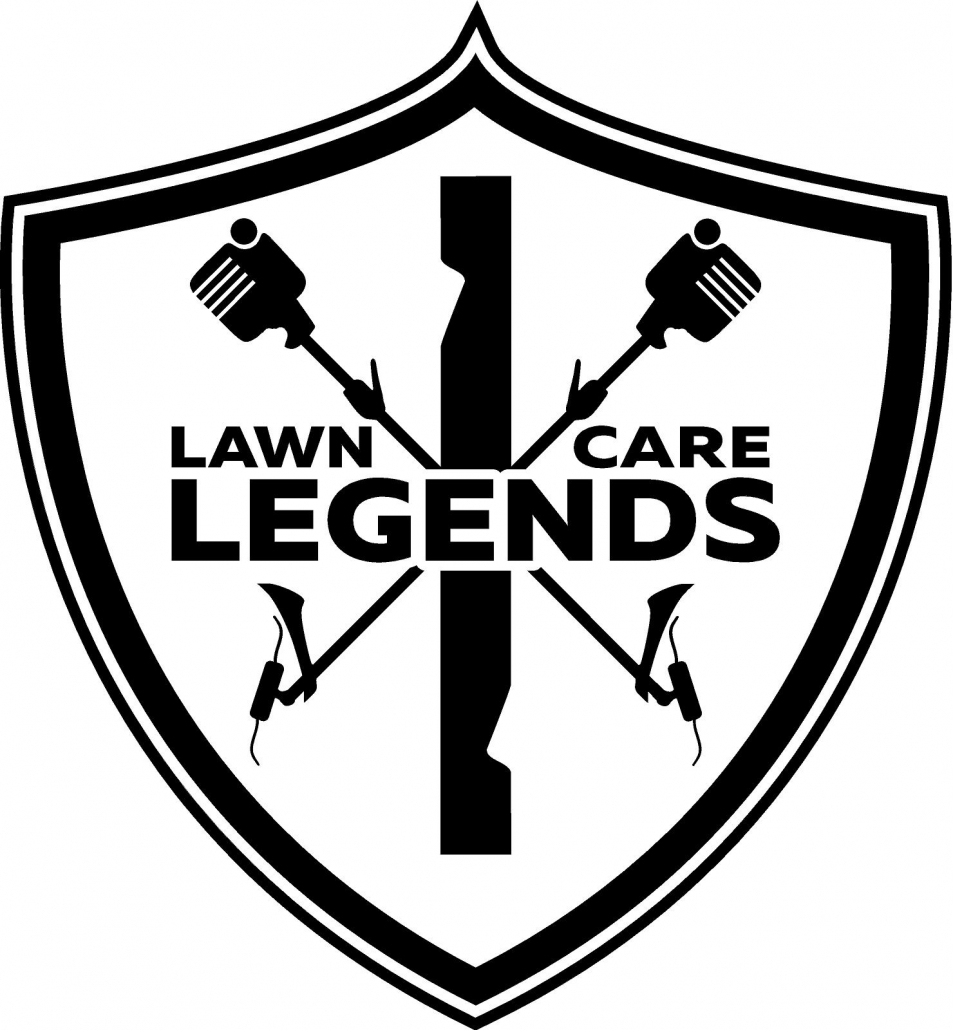 However, an unfortunate aspect of social media in this day and age, is that it creates a platform often with little accountability and, depending on an individual’s position, perhaps anonymity. This makes it easy for those who would choose to belittle or criticise anyone wanting to learn more about their trade, craft or industry to do so without any consequences.

This can typically be seen in Facebook groups across a range of industries. Where someone will ask a question, in the hope that someone with experience and knowledge would be willing to share their knowledge to help a peer achieve better results either in their current project or self-development, but be met with mocking and abuse. (Sometimes as banter, but mostly in criticism).

These prevalent negative attitudes see people holding back from asking questions, or not feeling comfortable to share their views perspectives or to ask questions for fear of being ridiculed. 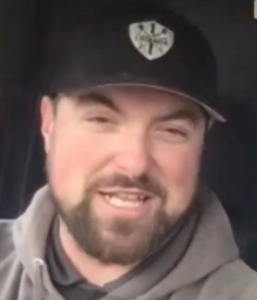 This prompted me to create Lawn Care Legends, the Facebook group.

Our aims are simple. To create a Facebook group where we try to operate on the basis of respect, encouragement and passion for what we do in a professional environment on social media. An international collective.

One aspect of the lawn care community online is the difference that can be seen across the globe with varying styles and approaches to our respective trades.

Although each country has its own standards for operation in our industry, I felt Lawn Care Legends could benefit from the various perspectives that people from different countries could add as valuable content. In an industry that has a lot of service providers, it can be difficult to stand out and so with the ability to access information shared by people from other countries as well as our own we can gain inspiration and drive for our businesses.

So, Lawn Care Legends allowed the development of a new addition to the community we are all a part of in one way or another. We enjoy members contributions mainly from the UK, Ireland but we have members who contribute from the USA, Norway, France, Australia, Canada, Serbia and more which makes for a lot of variety.

To run a Facebook group is not an easy task and the people behind the scenes that make this possible are the admin team of LCL. A friendly bunch with a wide variety of skills, qualifications and knowledge in all aspects of the lawn care industry.

From the basics of grass cutting, shrub/tree cutting, to treatments, landscaping, pond installations and maintenance, and also insight from the dealers side of the industry. 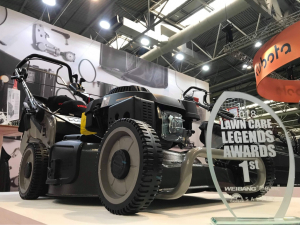 There have been many people who have contributed to the success of LCL during their time on the admin team before moving onto other projects or priorities. One key individual who really helped LCL become more connected with manufacturers and reps, is Ashley Bevan, from Weston Garden Machinery. His amazing support really played a huge role in get the industry to support the LCL Awards.

As we encountered more and more people on-line, I think we’ll agree that we still enjoy a good meet up with people in the real world. It is hard to replace the benefits of shaking someone’s hand and getting to know others better without giving your thumbs or fingers an ache from typing.

So, one thing that we have tried to do is organise LCL meet ups where possible. We started doing this in early 2018, with our first meet up at Rochford’s Garden Machinery, in Wincanton, and we have gone on to host meet ups in Scotland, Northern Ireland and the Republic of Ireland, with the intention to organise and host more events in the future.

We hope to organise an LCL business training event in 2021 as well as an LCL demo day, then we will combine those events into one event in 2022 for England, Scotland and Northern Ireland. If it proves successful we will look to more locations, with the aim of helping more people.

The purpose is simple really. Everyone loves a good meet up and it is a great way to network, training and education. It allows people, who otherwise wouldn’t get the chance, to demo machinery and get a feel for different brands and their equipment.

Back in January of 2020 we had organised a factory tour and LCL meet up at the Ariens factory, in Oxford, where we were greeted with amazing hospitality and open arms by another manufacturer that wanted to support our community and the desire to connect people better. We had demos of Ariens zero turns as these are now made at the facility.

We also took part in a zero turn challenge with prizes awarded, while Ariens collaborated with Kawasaki Engines Europe to conduct a workshop class on engine maintenance on xero turns. We even had our own pizza van on the day and topped off with a swag bag with gifts and discount vouchers to buy some products.

It took around five months from the time Lawn Care Legends was created, to start gaining traction and membership started to increase. From that point it has grown to over 5,000 members representing.

To make the group stand out and to try and bring value to the members, the idea of LCL awards was floated, with the aim of creating our own event within the industry to celebrate the small business owner.

And so the Lawn Care Legends Awards were created. Of course, they would be operated online, in the spirit that this new digital age that has benefited so many in different ways. However, there is still a lot to be said for face-to-face contact and discussions with people.

I then set out to see if it was possible to collaborate with an industry event that would allow us to host our Awards’ presentation.

An obvious choice was to reach out to the IOG, so named at the time, and Saltex. I pitched the idea of a little Awards’ event, that would celebrate the average business owner in our trade. I believe if you don’t ask, you are guaranteed the answer is “No”. 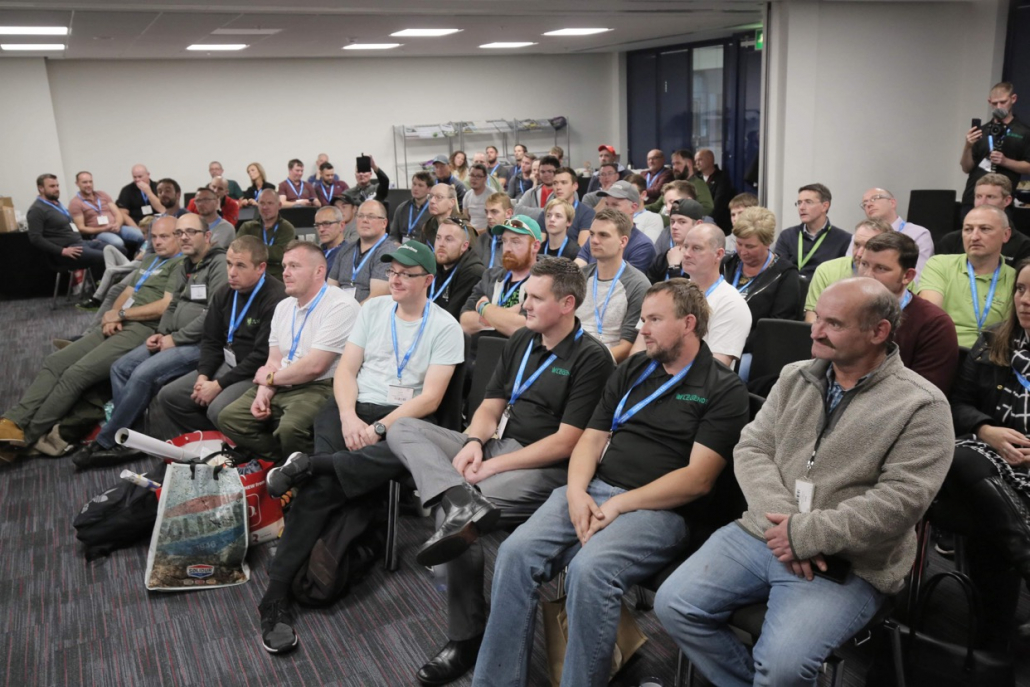 Well, I got an amazing reply that displayed a real desire to work with us.

From originally asking if it was possible to use a little corner of the show, we were being allocated the use of a large private room. Fusion Media also produced a press release about our awards, which got our name out to industry magazines and online media platforms.

In addition, we were featured in the opening letter by the IOG CEO Geoff Webb. So, in 2018, we held our first LCL Saltex Awards. We had an amazing turn out of over 100 members. We had started with a little vision and pitched the idea to just a few companies to gain support on which we could build.

The first company to see the potential of a positive contribution to our community, came from Weibang Ireland. They were so excited about the idea and wanted to be a part of it and offered a lawn mower as the first prize.

Despite so many things having been disrupted in 2020, we already have over 20 sponsors lined up for the LCL Saltex Awards 2021, with around £10,000 worth of prizes.

We just want to be able to give the average guy in our industry the opportunity to have his picture taken, be praised for his high standard of work, be presented with a trophy and win awesome equipment which will contribute to his business and service for the better.

It is all part of our dream, and with the support and recognition from industry manufacturers, to spur our community on to do better and take pride, we can come together in a positive manner… and that includes everyone from the end user; landscapers; greenkeepers; groundsmen; gardeners; business owners/operators; dealers; distributors and manufacturers.

Some might think that we are just a little Facebook group, but we are determined to be so much more, and have already come a long way.

Perhaps we might see you guys around some day, either in our group or at one of our events – something positive for us all to look forward to. 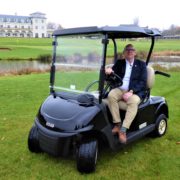 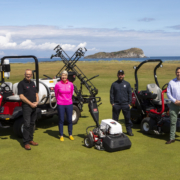 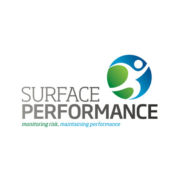 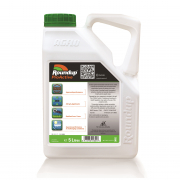 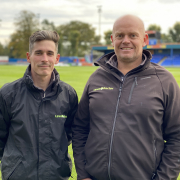 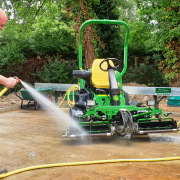 ‘I’m much more worried about you’
Scroll to top