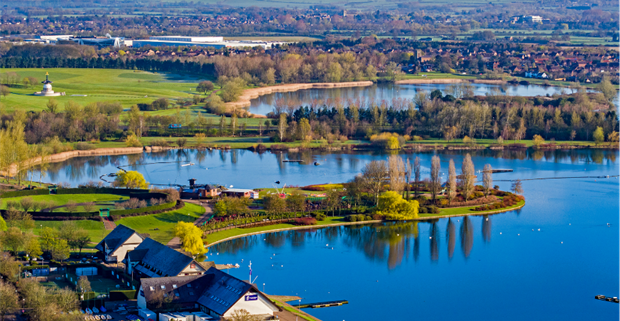 Stage one of the process, which has been designed by landscape architects LDA Design, involves a £2m investment in Willen Lake, including landscaping work to resolve pinch points and create a better space for events and the creation of a 10,000 square foot Splash Park which can accommodate up to 300 children at any one time.

The water park, which will cost around £500,000, will feature a number of water features, such as fountains, jets and plunge baths, which encourage children to interact. The specific theme and design have not been finalised as the design and installation contract is currently out to tender.

Work has already started, with the in-house parks team clearing trees and shrubs. The Parks Trust is on the verge of announcing which contractor won the contract for the landscaping works, which is due to start before the end of the month.

Willen Lake general manager Rob Wood, who joined at the beginning of the month said: “This is clearly the most popular lake and park that we have. We are looking to push past the one million visitors mark and push north of one and a half million over the next five years.

“Some of the challenges faced at the lake in the past have been limited parking and we’ve had feedback on accessible toilets,” added Wood, who lives locally and has been visiting the park since he was a child.

He added that the LDA design will improve the customer journey around the lake itself as well as offer more space for people to spread out during events, which include regular park runs and a dragon boat festival.

Phase two involves a second £2m cash injection to build a water sports centre which will link the existing boarding centre into a larger lakeside centre with a new café, changing room and other improved facilities.

“This is will be a hub venue for the lake, with good facilities, good visual impact, information and a café. We look to be starting that at the same time next year with a view to opening in summer 2018,” Wood said.

He said the plan was to fund future growth and eventually become self-sustaining. The first two phases will also create new “double figure” jobs, with staffing able to “grow with demand”.

Some of these could be horticulture roles, Wood said, particularly if also combined with education and tours. “We want people, especially in and around the lake, to experience almost a concierge service,” he said.

LDA is working on anything up to five phases with phases 3 – 5 dependent on the success of the first two.

“We have to measure the success of these phases there has to be a return on what we’re doing to allow us to invest in the future phases,” Wood said.

Willen Lake hosts several concessions, including a Premier Inn, an independent café and a Freedom Fitness gym, where Wood previously worked for seven years and managed for five.