As part of the Government’s commitment to reduce engine emissions, non-road mobile machinery, including wood chippers, will be affected in the latest round of changes known as ‘Stage V’. 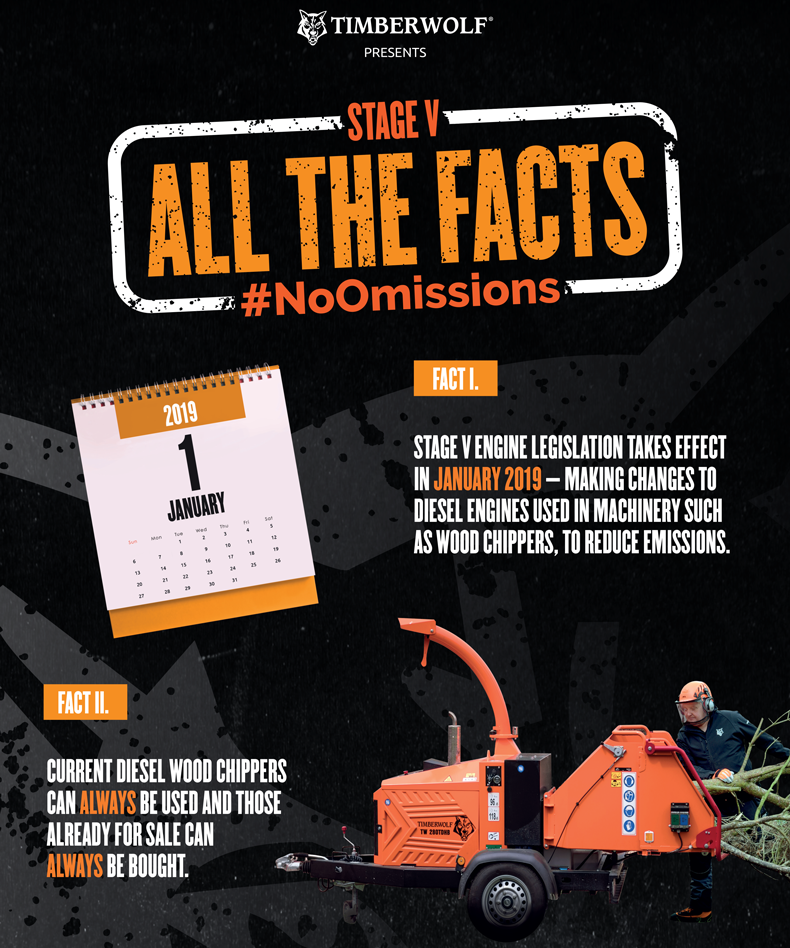 The ‘All the Facts, #NoOmissions’ campaign, launched this week, setting out facts and information about ‘Stage V’, which takes effect in January 2019. Timberwolf, which has more than 30 years of industry experience, is taking the lead in providing clarity over the legislation, following speculation and misinformation surrounding the new rules.

Over 20,000 people work in the arboriculture industry across Britain, contributing over £700 million to the UK economy* – and Stage V is set to have an impact on the engine technology of essential machinery used every day.

Pre-Stage V diesel engines used in machines above 25hp, such as wood chippers, mowers and stump grinders, will no longer be produced after this year, so when manufacturers have used their stocks of these engines, new diesel machines will be fitted with Stage V-compliant engines that produce less emissions.

The ‘All the Facts, #NoOmissions’ campaign is running across Timberwolf’s Facebook, Twitter and Instagram channels, and includes striking graphics to make the facts around the legislation clear and accessible to everyone.

Timberwolf Product Marketing Manager Antony Alexander said: “Our ‘All the Facts, #NoOmissions’ campaign is about giving the facts about the new legislation, as lots of people are being told that diesel machines can no longer be used, which is totally wrong.  Current diesel wood chippers can be used and traded after the implementation of Stage V in same way they can be today.

“This isn’t the end of diesel, far from it – it’s the start of a new wave of innovation in our industry. We’ve invested in a large stock of pre-Stage V engines so that we can produce our market leading wood chippers for some time to come, but we’re excited to be leading the way in designing Stage V compliant machines with unrivalled performance.” 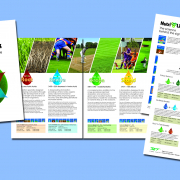 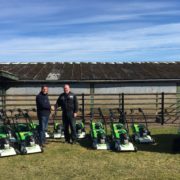 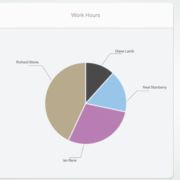 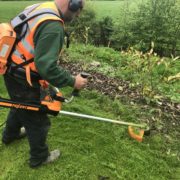 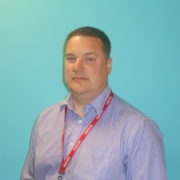 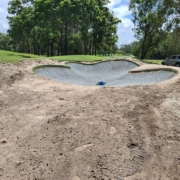 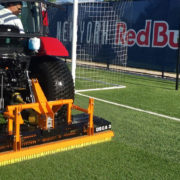 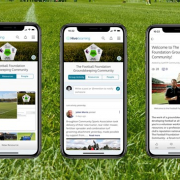