New Year, New Verti-Cut range: It’s a new year and for Redexim, that brings with it two new additions to their scarification portfolio.

Extending their Verti-Cut range, 2021 sees the introduction of two larger working widths with the launch of the Verti-Cut 1600 and Verti-Cut 2000. Developed in direct response to customer demand and to compliment their existing offering, both of the new models offer scarification to depths of up to 50mm (1.95”). 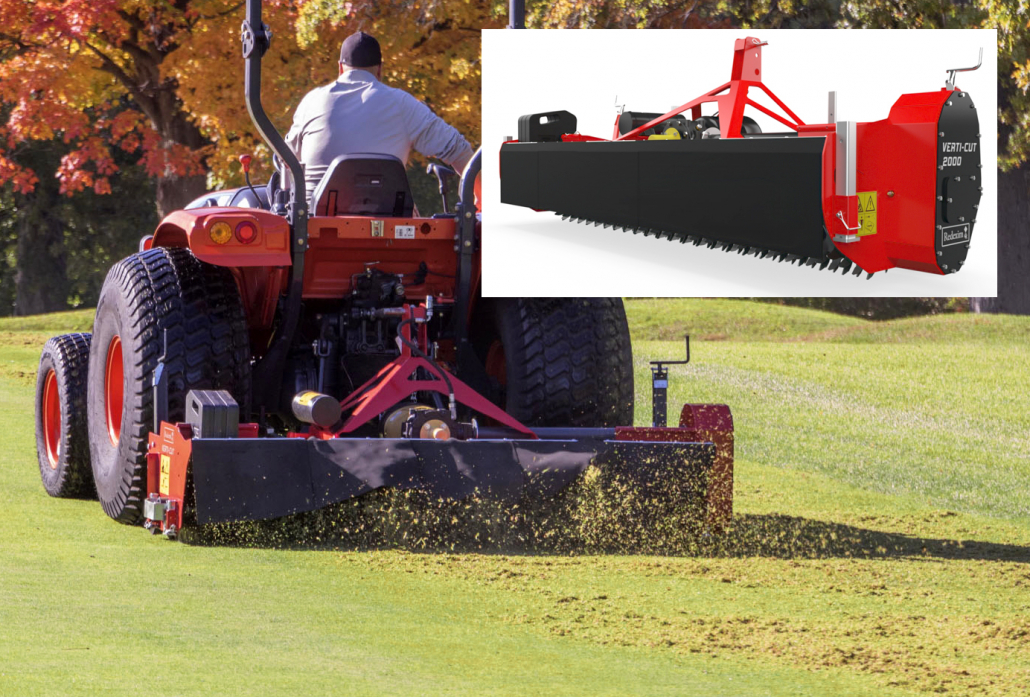 The Verti-Cut employs specially designed carbide-tipped blades which encourages healthy turf by cutting the lateral growth of grass roots and removing dead plant material, providing more room for roots and shoots to grow and allowing for better water penetration and airflow. This improved downward movement of moisture and nutrients delivers far more uniform, vigorous and vibrant growth in return. The new Verti-Cut 1600 offers a 1.6m (63”) working width which makes it ideal for smaller, undulating surfaces such as golf greens while at 2.0m (78.7”), the Verti-Cut 2000 lends itself to the scarification of larger spaces such as sports fields.

Both new models are tractor mounted and PTO driven, with the drive system utilising chains to ensure constant drive to the blades – even when working at depth. The adjustment of the Verti-Cut’s working depth can be done accurately and with ease through alterations to the front roller, which also helps to negate scalping when working on undulating ground. As standard, the Verti-Cut comes with 2mm blades operating at a spacing of 30mm (1.18”), though this can be increased to 58mm (2.28”) if required. 1mm and 3mm blades can also be specified as an optional extra.

The Verti-Cut is one of a number of scarification solutions available from Redexim – a range which spans pedestrian, trailed and cut and collect machines to suit a wide variety of sports surfaces and applications. The new Verti-Cut 1600 and 2000 models will be available in the Spring, with the additional added security and support provided by Redexim’s worldwide distribution network.