Ransomes’ Nigel Church Retires: One of the UK’s most respected and valued members in the turf industry, Nigel Church, is retiring at the end of June after almost 50 years in the sector. We had the pleasure of working closely with Nigel for decades and his knowledge, technical ability, eloquence and downright likeability shone through in everything he did.

Nigel joined Ransomes Sims & Jeffries as an apprentice back in the 1970s along with other industry notables such as Bob Buckingham, Bob Bevan, Paul Watson, Richard Bishop, Richard Walne, Graham Dale, Jeff Anguige and Barry Beckitt. 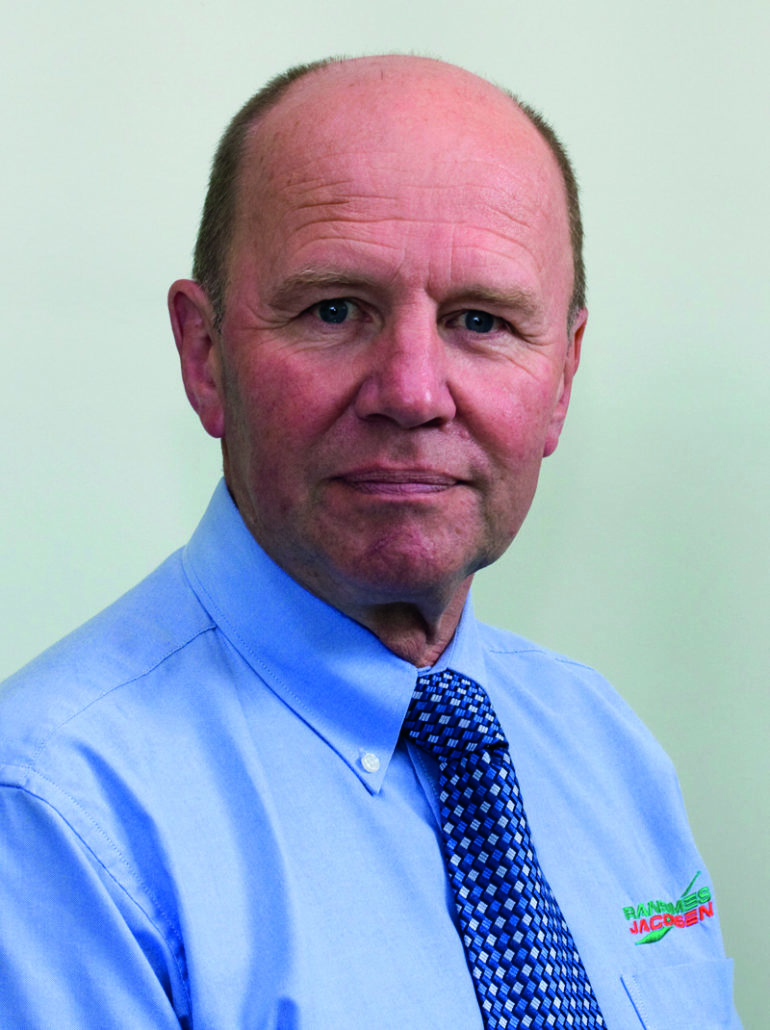 Readers of a similar age will recognise many of these names demonstrating that this generation of apprentices were the base for the new Toro European distribution – all built on the Ransomes skills they had been taught by John Wilson, Ken Buckledee & Guy Catchpole. In its day, Ransomes was considered the ‘university’ for the UK turf industry.

Nigel fulfilled many roles within the Ransomes business and the industry in general. In his time, he has been a demonstrator, technical rep and area rep; had responsibility for export sales, national accounts, regional sales management and training.

Included in his impressive CV is an eight-year sojourn, when he left Ransomes to work for one of their dealers, Kingston House Mowers in a sales role. He was back at the company in 1998, when it was purchased by Textron, became Ransomes Jacobsen and played a significant part in providing continuity as the two businesses merged together.

Later in his career he joined the new Cutting Edge Training division at Ransomes Jacobsen with a remit to pass on his extensive knowledge and experience to the next generation of sales and technical professionals within the dealer network. This was another area where Nigel excelled and the quality of training delivered by him and his colleagues was arguably the most concise, detailed and effective across the entire industry.

In the past few years he has continued to expand this role travelling to all points of the globe delivering training in his enthusiastic, effervescent manner and has recently returned from his final visit to the Far East. Many of us will never forget the long days and short nights at exhibitions and shows, where we enjoyed the camaraderie of a close-knit team in which Churchy was often the pivotal point … with a beer or gin and tonic in hand.

Nigel has forgotten more than many people in this industry will ever know and he will be sorely missed as he rides off into the sunset (probably on a Ransomes Highway 3). It has been an absolute pleasure to work with a man of this calibre – kind, knowledgeable, dedicated, humorous, affable –  and who is instantly recognised across the industry. Just try walking with him across the halls at SALTEX, BTME, GIS and any other international event and see how long it takes to get from A to B!

The global turf industry’s sincere best wishes go out to you Nigel, to Sylvia, your family and grandchildren, for a very long and happy retirement. It is well deserved. 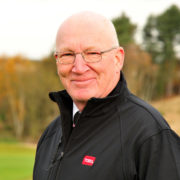 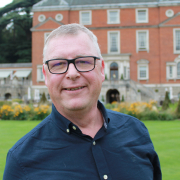 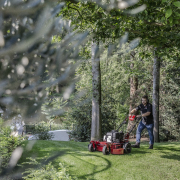 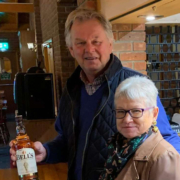 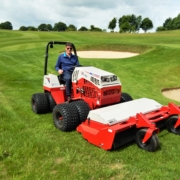 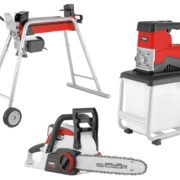 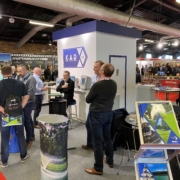 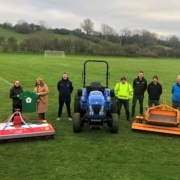