Park Life: A report by the Heritage Lottery Fund, State of UK’s Public Parks, suggests that in the UK 34 million people visit a park regularly. To put this into context, more people visit one in a year than voted in the 2015 General Election.

The Victorian philanthropists who had the vision to create the world’s first public parks understood the importance of green space for the health and wellbeing of society. Access to good quality green space is vital if we are to tackle some of the challenges that we face, including the growing problem of obesity, the rise in mental health issues and the feelings of being disconnected from the communities in which we live. Research shows that having well-managed, accessible green space contributes to tackling many of these issues. 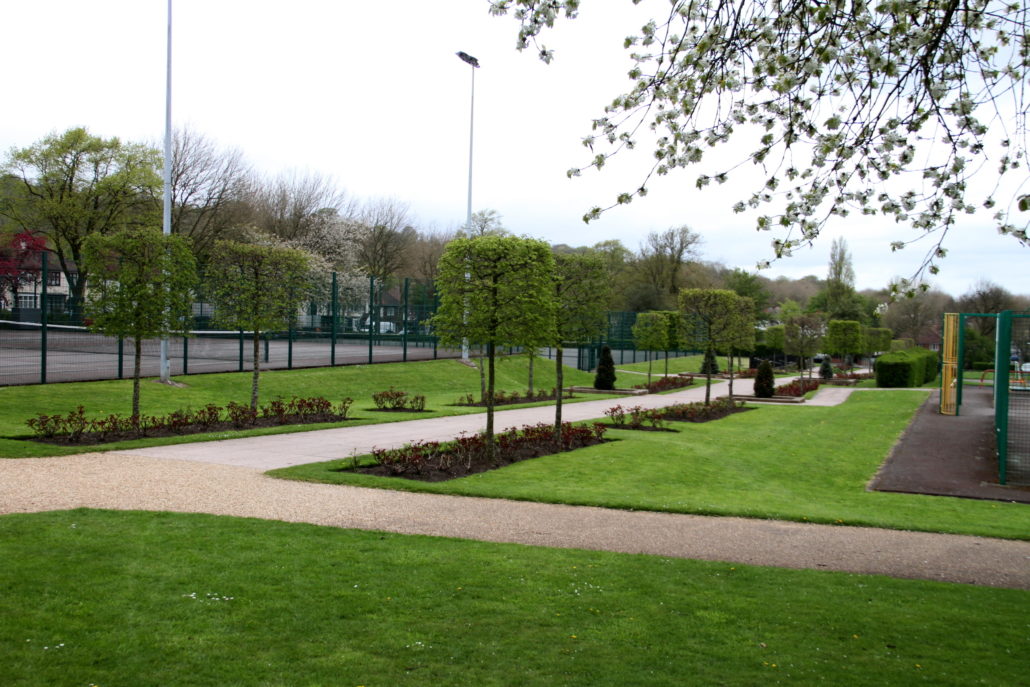 This is where the Green Flag Award can help, because it supports organisations that provide quality green spaces. Parks are only well-used and valued if they feel clean and safe. Fear of crime is one of the biggest barriers to certain groups using a park to exercise or relax and if a park looks unloved and uncared for, this can lead to an increase in anti-social behaviour.

Launched in the UK in 1996, the Green Flag Award has transformed our country’s green spaces. It was introduced to reverse the decline in the quality of our parks that had happened in the 1970s and 1980s and it has worked.

When it was launched, only seven parks met the standard required to fly a Green Flag Award today more than 1,600 parks and green spaces have a flag flying. The Green Flag Award has delivered change in the UK’s parks and green spaces and raised standards by setting the standard. It has shown that running a park that is well-used and valued by its community is about more than just cutting the grass.

It has established that effective management and the use of skilled staff, along with support of the local community, are key to creating fantastic public parks. In addition, the Green Flag Award has supported the professionalism of the parks sector. It has provided an opportunity to share good practice through a network of more than 800 volunteer judges that supports new applicants.

For those running our country’s parks and green spaces, the Green Flag Award is an invaluable tool, whether the space they are managing is a traditional park, a cemetery, a shopping centre or a university.

The Award helps focus activity on the important elements of management and provides a proven, successful framework. It enables the development of a costed management plan that allows resources to be focused in areas that will have the biggest effect. It also allows managers to demonstrate that resources are being used to their best effect and money is being spent appropriately and delivering value for money.

The aim of the Green Flag Award is to ensure that everyone has access to a quality green space and to enable them to live more healthy lifestyles. 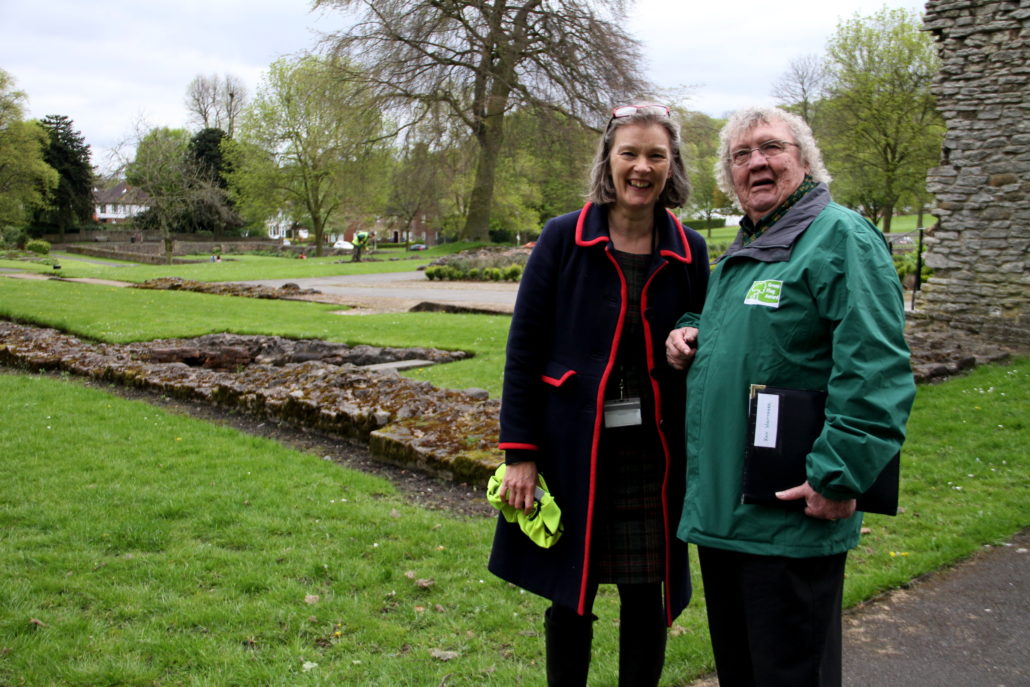 The number of Green Flags Awards flying in Britain –and further afield – today is the proof that many others share that vision.

As a green flag judge, I get to visit some amazing parks and open spaces every year. Judging usually starts in April and completed in June with flags awarded in late August.

This year I judged several parks, one of which was Priory Park in Dudley. The town of Dudley has a long and illustrious history and heritage with is famous castle, National Nature Reserve, limestone and mining history, and fantastic canal system. Dudley Priory is a little known gem nestling in the heart of the town centre. The Dudley Priory was founded by Sir Gervase Paganel and served a community of monks and lay people for several hundred years until it was demolished during the 16th century by Henry VIII during the dissolution of the monasteries.

The Priory Park restoration project which was funded through the Heritage Lottery Fund has developed the park significantly and has restored and enhanced many of its impressive features from its 1930’s inception and beyond. One of the most impressive features which has been improved has been the ruined Priory itself

The Ranger posts which have also been funded for five years have meant that themed events and activities with schools and community groups take place on a regular basis and the park is now a lively and vibrant place once more. Local people have been trained to deliver sporting, horticultural and heritage-based events in the park, and the park pavilion itself, once a derelict and burnt out shell has been reinvigorated and revived to become a local hub for the community, in a splendid green landscaped setting.

Trees make an important contribution to the park’s special landscape and historic interest. The 2009 tree survey recorded 501 trees within the park, with just over half of these being classed as mature. In recent times a significant number of large mature specimens have been removed as a result of disease and as a precautionary measure to protect the safety of visitors. Further felling of 51 trees as part of the restoration work was recommended in the tree survey and has now been completed.

Turf Matters:- How long have you been working for Dudley MBC ?

Liz Stuffins:- I have been with Dudley MBC for nine years

TM:- What is your role with the council and how many parks and open spaces do you manage?

LS:- My role is Development of Parks and open spaces, my team works with residents, visitors and sports groups to improve and restore parks, and make them more pleasant places to visit. I manage large capital programmes such as Lottery Funds, 106 planning obligations, funding and other funding sources to improve parks. We have had large public Health grants and government grants to deliver projects, and we work with community organisations to improve volunteering and events and activities on sites. We have 28 main parks we work on.

TM:- How is the maintenance work carried out in the park?

LS:-The maintenance work at Priory Park is carried out by site based staff plus the north area team who are peripatetic. We also have a number of volunteers who assist the site-based team, plus the apprentices who use the site for learning and project delivery. Although the Authority no longer has glasshouses to grow bedding, the Council is working with Dudley Mind who are working on a Growing in the Park project. They manage the glasshouses and the apprentices will work with them to gain this experience as part of their training.

TM:- Why do you support Green Flag? What benefits do you get from having the award?

LS:- The Green Flag Award is really important to the Borough as it sets the standards for high quality parks. The four Lottery funded parks have all got Green Flag status, plus we have two other parks which have the Flag where the community or public Health have helped to fund raise for intiatives/projects in Coseley and Dudley Town Centre. 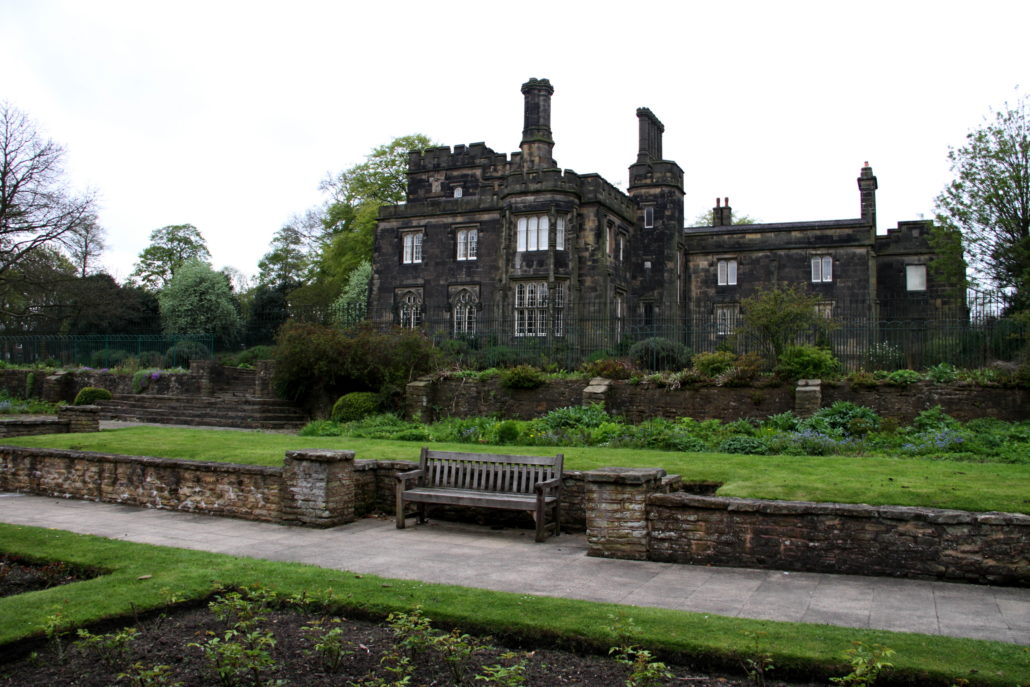 TM:- How many green flag sites do you have ?

LS:- Six sites have Green Flag Status two of these are Nature Reserves, we are working on a cemetary project which we hope will get Green Flag and some Community projects such as allotment sites.

TM:- You have a good apprentice ships scheme running in the park, what benefits do you get from running this programme?

LS:- The apprenticeship scheme has been running since our government funded Future Skills project ceased 7 years ago. The Council is really committed to training up young people to provide a better workforce. The Green care team recognise that the workforce is very old and close to retirement and needs to develop succession planning.

TM:- As an industry do you think we are doing enough to encourage the next generation of parks managers or are we a dying breed?

LS:- Our industry has a huge opportunity to train others and to encourage others to join the industry. Parks managers need so many different skills these days, but there are people who want to work in the environmental industry, but not necessarily have the traditional horticultural training that parks managers of old had. I have a background in ecology and environmental management with a passion to see local people care for their local green spaces. We are seeing local people becoming the champions for parks with the rise of the Parks’ Friends’ movement.

TM:- What further improvement would you like to see in the Park?

LS:- Priory Park really does need to become a thriving hub for Dudley’s regeneration. Dudley has a number of excellent visitor attractions, Zoo, BC Museum etc, the Park needs to be sold as part of the tourism package. I am working on delivering the café at the park which we hope will be open next year. I would also like the park to be hosting more events and activities, the Churches Together event is being held next weekend and the Friends have several ideas for events in the future.

I really enjoyed meeting the staff and getting to know what Dudley MBC had in mind to secure the future of Priory Park, I may be tad biased, but you really cannot put a price on these valuable parks and open spaces, we collectively have a duty to secure their future for the next generation. Maintaining Greenflag status without doubt plays an important role in doing this.  I like to thank Dudley’s  MBC staff and friends of the park who made me feel very welcome on the day, and we will all look forward to finding out if they managed to maintain Greenflag status later in the year. 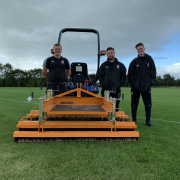 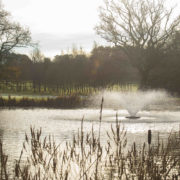 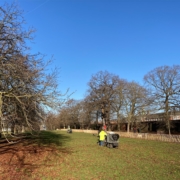 Walking on air in Greenwich Park 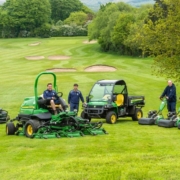 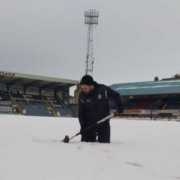 The life of a Dundee groundsman 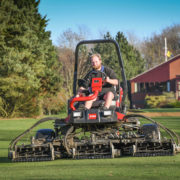 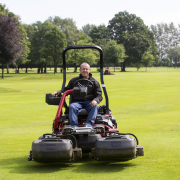 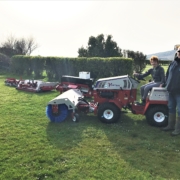