PM’s green plan must go further: The Prime Minister’s plans for a ‘Green Industrial Revolution’ are a step in the right direction in tackling climate change, but there’s a significant element which has been overlooked – high-emission outdoor power equipment.

That’s according to Challenge 2025 – the initiative from outdoor power tool brand EGO, the business behind “The Report”, which found petrol-powered gardening equipment is capable of producing more emissions than the average car. 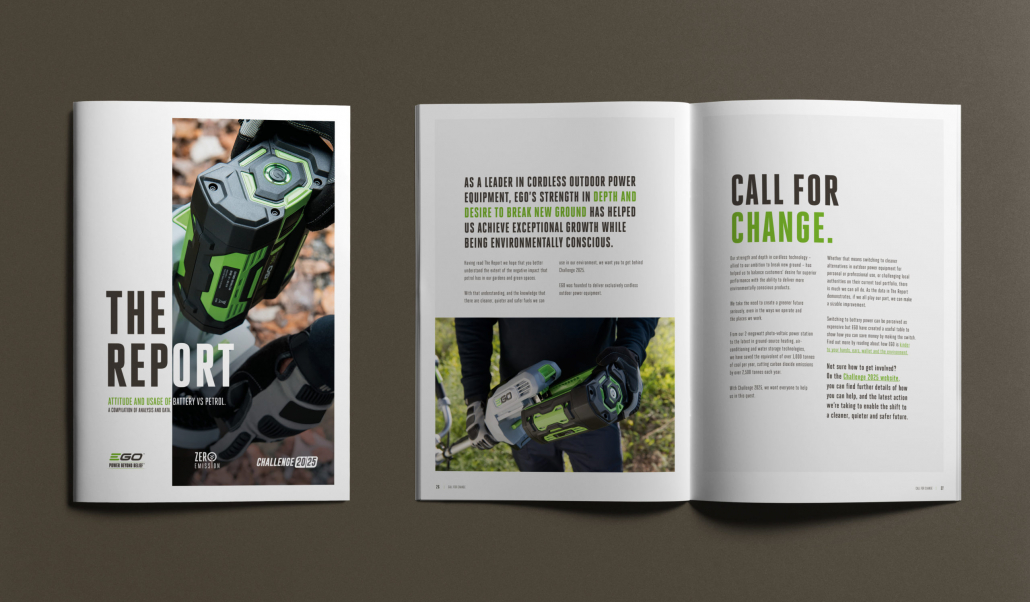 A key part of Boris Johnson’s 10-point plan is the phasing out of petrol and diesel vehicles, with their sale being banned from 2030. However, it isn’t just vehicle engines which produce toxic fumes. The UK’s most popular Local Authority owned leaf blower has been proven to churn out 763,000,000,000 (7.63×1011) particles per second. To put this into perspective, using this tool for just one hour produces the same emissions as the average car would produce when driving around 370km.

Emma Gayler of Challenge 2025 said: “We know that battery power is going to be vital in reducing the UK’s environmental impact, which is why we welcome the ban on the sale of petrol and diesel vehicles. But we need to remember that it isn’t just cars that are powered by inefficient and highly damaging engines – tens of thousands of gardening tools are too, and their collective impact on the environment is significant. Additionally, replacing these tools is much more affordable than purchasing a new car, making it easier for people to make an impactful change straight away.”

Through Challenge 2025, some of the UK’s most popular tools have been put to the test to find out just how damaging they are, and the results are astounding. A leaf blower that produces more particulates per second than a car does in over a minute; more than three times the amount of carbon monoxide; and highly inefficient use of fuel.

Emma continues: “When we consider these tools are hand-held, it’s easy to understand the negative impact they can have on our health – as well as the environment. And when we think about where they’re used – schools, parks, public spaces – we can see why petrol-powered tools also need to be banned in the UK, particularly when battery-powered alternatives not only match, but sometimes surpass, their petrol counterparts on performance.”

The Report has been produced by EGO as part of its Challenge 2025 initiative – one which aims to encourage users of petrol-powered gardening equipment to consider battery-powered alternatives in order to reduce their environmental impact.

To read the findings in full, visit: www.challenge2025.eu/thereport