Consistency of growth, water savings, reduced cutting heights, more definition, healthier turf and visual improvements are all highlighted by general manager Jonathan Kaltner, as well as the “best possible service” during the installation that took place during the pandemic. 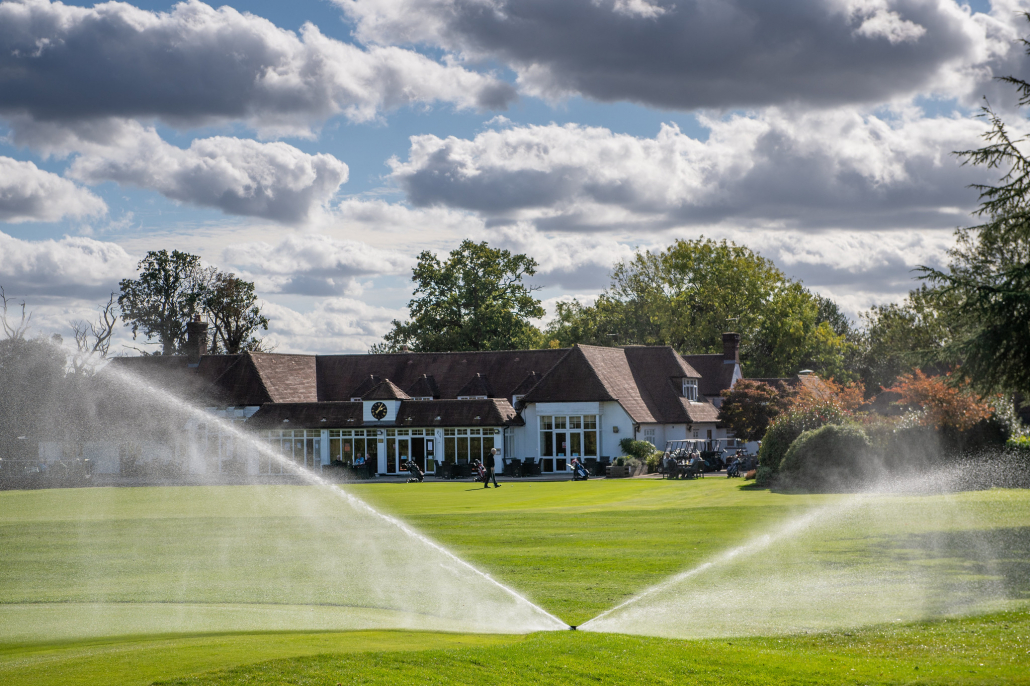 Thanks to the installation of Toro Lynx Central Control and Toro sprinklers, West Herts Golf Club’s course is “head and shoulders above where it was last year,” says Jonathan.

“The new system has been operational since June and we’ve already seen a big improvement,” he explains. “Previously hot weather would cause problems such as burning the turf on the tops of bunkers, requiring us to re-turf them in the autumn. But there’s no sign of that now.

“The Toro sprinklers all have head control valves and using Lynx Central Control allows you to turn on one sprinkler at a time and pinpoint your irrigation to where you need it. Plus, the application in millimetres can be set and left overnight, with the weather station able to pick up if it’s rained and automatically change the application in response to that, so you don’t waste water.

“With Toro irrigation, you get incredibly accurate and uniform application, which means there is far more consistency of growth,” he says. “Because of that, we’ve been able to reduce cutting heights in some areas and get more definition. It’s phenomenal what it’s been able to do visually.”

The improvement to the course has proved all the more sweeter as it was a refit long overdue: “Parts of the system had reached 40-years old and while it had been added to over the years, it was not as efficient as it could be,” explains Jonathan. “So, we started to look into upgrading and had Irritech come to do a survey and put together a proposal. Based on what needed doing, we realised a Toro irrigation system could provide many efficiencies that would really benefit us. Plus, our head greenkeeper is a big fan of how Toro machinery operates, so we knew we could trust the brand.”

After speaking to Reesink Turfcare to finalise the perfect sprinkler combinations for the course, the club enlisted MH Irrigation Ltd to carry out the installation consisting of everything from new water storage tanks to underground pipework.

“We had a total refit, plus Lynx Central Control and around 400 Toro sprinklers installed. The support from MH Irrigation Ltd and Reesink was fantastic throughout,” says Jonathan. “Obviously there were additional difficulties due to COVID-19, but Reesink moved some training online and did everything they could to adapt to the situation and provide the best possible service.”

As part of the club’s continued investment in the course, the excellent results Toro irrigation has delivered is a “real game changer” says Jonathan: “The feedback has been superb and it puts the club in a fantastic position moving forward. With our Toro machinery lease renewal coming up and improvements to be made to the bunkers and club house, the only way is up for West Herts!”