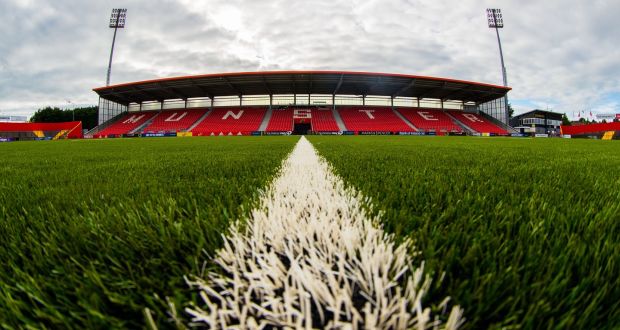 More Injuries On 4G Pitches?: A recent study undertaken by the Irish Premiership bears out the belief that plastic pitches are more dangerous than natural surfaces.

In August, Munster’s new 4G pitch surface at Musgrave Park was laid, the conversion from natural grass to plastic complete and ready for the visits of London Irish and Exeter Chiefs for two pre-season friendly matches.

Munster followed trends at Glasgow Warriors and Cardiff Blues, who both play home games on the synthetic surface, while Leinster have played competitively on their plastic in Donnybrook.

Munster’s first match on the surface arrived two months after Scarlets backrow John Barclay ruptured an Achilles’ tendon at Scotstoun, and fullback Johnny McNicholl called for artificial pitches to be outlawed. The following day Wasps flanker Jack Willis, who had just been called into the England squad, ruptured ligaments in his right knee on Saracens’ artificial pitch.

The Premiership now has three clubs who use the artificial surface, Saracens, Newcastle and Worcester. Gloucester intended joining them this season, but after taking advice from their players, the club is spending on a surface that will be a hybrid of grass and artificial grass fibres.

Joe Tomane, Ciaran Frawley and Will Connors all picked up injuries, Connors supporting the recently published Irish Rugby Injury Surveillance Report into amateur rugby that openside flankers represent, at 11 per cent, the most injured players of any position. Dan Leavy, Josh van der Flier and Sean O’Brien can testify to that without a study.

The injuries may be perceived to be part of the game of rugby, tough luck and coincidental. But the most recent Premiership study bears out the belief that plastic pitches are more dangerous and cause more injuries than grass. It also begs the question why, from a player-welfare perspective, are they becoming more rather than less common.

The RFU crunched the numbers on grass and synthetic pitches in Premiership rugby, and came up with a report after the 2016-17 season.

It said that for that season 608 injuries were recorded on grass, 170 on artificial surfaces. With just three pitches the exposure to plastic was less, but returned injury rates of 129.1 per 1,000 hours compared to the grass rate of 89.6 per 1,000 hours, the total hours representing 25 matches. The average severity for match injuries on grass was 32 days, compared with 37 days for artificial turf.

As stated in the official report: “The overall burden of injuries on natural grass was 2,481 per 1,000 days compared with 4,740 per 1,000 days on artificial turf, a staggering difference.”

It was stipulated that 2016-17 was the first season where the incidence and burden of injury on artificial turf was higher than on natural grass. Enough, though, to take a pause on what direction player welfare is actually moving.

At a briefing this week in Aviva Stadium, the IRFU strength and conditioning coach Jason Cowman outlined the burdens on international players and the incredible toll matches take.

Of the 160 players eligible to play for Ireland, 20 per cent are injured at any one time in a game that Cowman says has changed dramatically over the last five years.

“It is not hamstring injuries where you are talking weeks, it is the hamstring off the bone,” said Cowman, by way of explaining how injuries are changing and evolving.

Some of those players are professionally contracted and competing in the All-Ireland League, which triggers another aspect of the welfare debate.

According to the Munster website, the Greencore Munster Rugby Academy was formed in 2004 “to prepare young players for life in and beyond professional rugby”.

The difference between amateur and professional?

Yet increasingly more professionally-contracted players are being pushed into a competition populated by non-professional athletes.

In that one concussion metric how will those numbers move when more professional players compete against amateurs on a weekly basis? It’s reasonable to assume the rate of 6 per 1,000 hours will not decrease as a result.

Player welfare is a never-ending juggling act, said Cowman. It takes in a player’s history of games, medical past, athletic profile, position and age. For that reason one of the current bugbears with the IRFU is World Rugby’s insistence that World Cup squads should be no more than 31 players.

At the last World Cup non-playing Irish staff were pressed into taking part in team-training sessions because there were not enough fit bodies available to provide two teams of 15 players to run through drills. Mismatch alert.

Player welfare is every surface played, every policy agreed and every law made, not simply the number of games the Young Munster tighthead or Johnny Sexton play each season.