Liner upgrade solves problems at CordeValle: Designed by the Robert Trent Jones II firm (and actually the firm’s home course), CordeValle GC in California’s Santa Clara Valley, has some of the largest and most imposing bunkers to be found anywhere in golf.

There may be only 63 bunkers on the golf course, but the total area of sand is a breathtaking 188,000 square feet (17,500 square metres). And, according to superintendent Brett Thornsbury, the playing consistency of the bunkers was becoming his biggest challenge.. 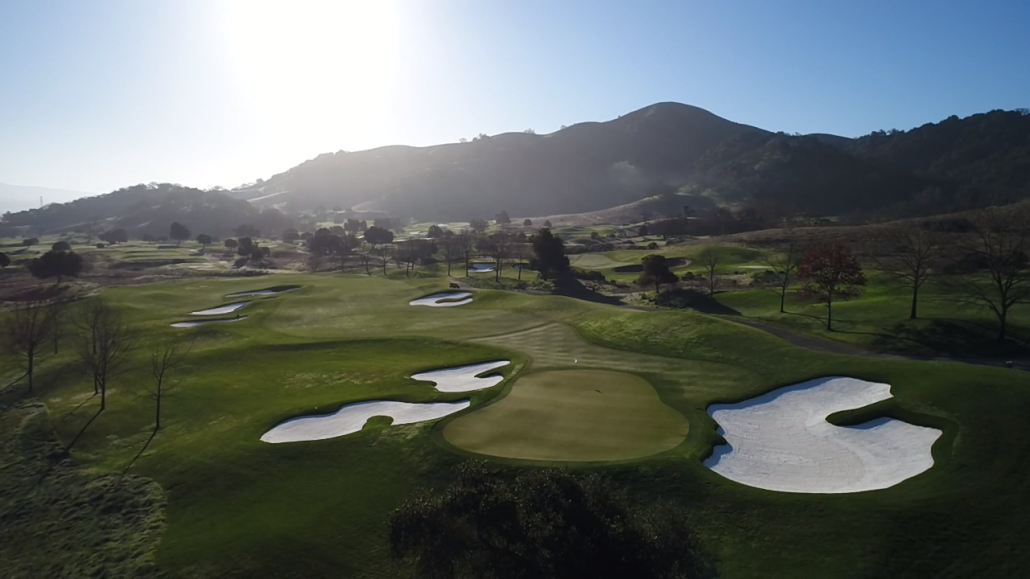 “We have large, very elaborate bunkers with steep faces,” he said. “Over the years, as with all aging bunker sand, it had lost its original color, the consistency to move water, and the playability was negatively affected, especially during the dry summer months or excessive rain events. With this project, we wanted to restore the sand to its original color, ensure the health of the drainage system, and most importantly, install a bunker liner that was going to last for many years to come.”

CordeValle’s bunkers were originally lined with a geotextile, but its performance had deteriorated since the course’s opening in 1999. When Thornsbury became superintendent four years ago, he quickly realized the bunkers would need to be addressed in the near future to maintain a high-quality of playability and consistency.

In 2019, led by RTJII president Bruce Charlton, the course’s greens and approaches were renovated and regrassed.. The completion of this project left the bunkers as the next major issue to be improved , and last year, Thornsbury was able to start the work.

“We knew the bunkers needed to be relined, and we wanted a liner that could perform at the highest level, no matter the season. he said. “When we researched the options, it became clear to us that Capillary Concrete had a superior bunker product, and was the one we wanted to use.”

The bunker project began early in October of 2020, and was completed in the middle of March 2021. “We tried to have the lowest possible impact on play, using temporary greens where necessary, and always keeping eighteen holes open,” said Thornsbury. “Fortunately for us, we had a pretty dry winter allowing the project to work mostly uninterrupted. However just a few weeks ago we had our first major rain event of the season, producing six inches of rain in less than three days, which for us in Central California, is welcomed and unusual. Not one speck of sand moved in our newly completed bunkers. The team was relieved to see they didn’t require any repairs after such a heavy rain event and kept the sand shovels in the shop that morning. It’s a testimony to the Capillary Bunkers product.”