The company has bought the two 19C-1E fully electric models to help maintain a staggering 44,000 kilometres of underground cables.  Five times quieter than its diesel counterpart, the JCB machines are deal for use by the company’s engineers, who work 24-hours a day to maintain the network. 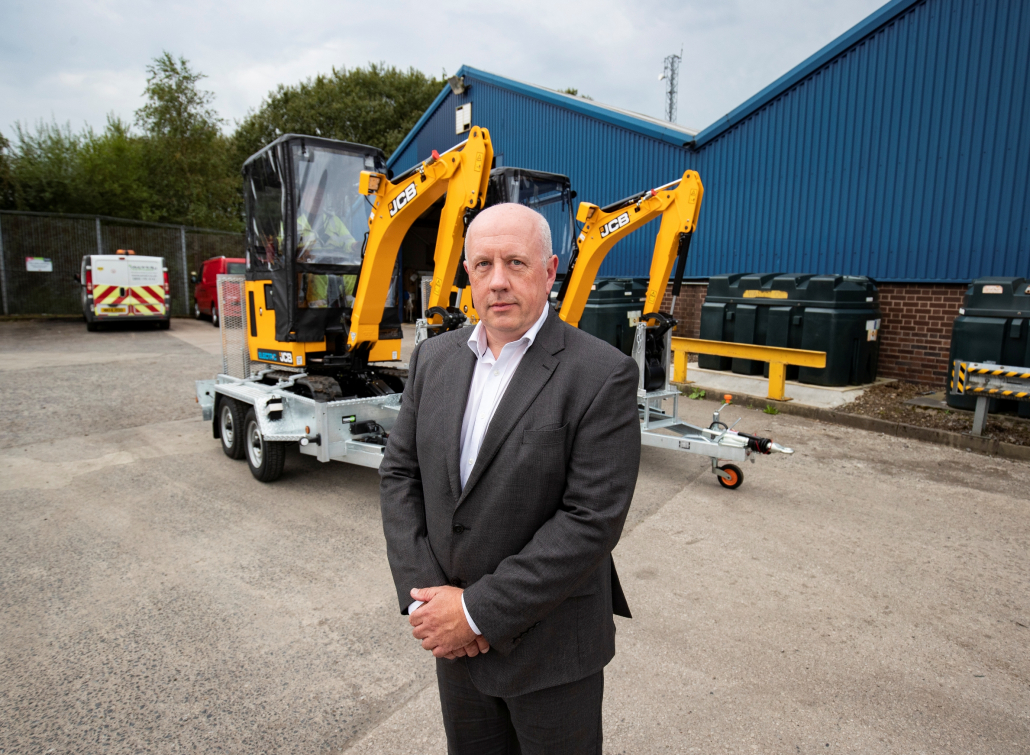 And Electricity North West is building on its eco credentials by charging the two machines using electricity generated from renewable sources at its depots across the region.

The investment is all part of a multi-million pound initiative by Electricity North West to drive down its own carbon emissions. Following a successful trial, the two machines are already hard at work across the region installing underground power cables.

Electricity North West’s Engineering and Technical Director Steve Cox “They are excellent machines. Our team finds them more powerful than diesel diggers and another major positive is the reduced noise levels. Power cuts can happen at any time of the day and night and sometimes we’re required to dig up roads and footpaths to repair faults. Using the new electric diggers, which have reduced noise levels, means we can work into the night without impacting our customers.”

Electricity North West has made a commitment to phase out diesel mini diggers to reduce its carbon footprint as part of its ‘Leading the North West to Zero Carbon’ plan launched in March. The plan sets out how Electricity North West is investing £63.5 million over the next four years to drive down its own carbon emissions and help businesses and customers to do the same.
Steve Cox added: “The ‘Leading the North West to Zero Carbon’ plan demonstrates our commitment to be one of the businesses driving the region’s transition to a carbon neutral future. We’re looking closely at our own operations and how we can decarbonise them.  Collectively, small changes can make big impacts and this shows what can be done now to reduce carbon without having a negative impact on customer service, performance or cost.”

As well as lower emissions, the 19C-1E model is more cost effective with JCB research revealing that over the first five years, charging costs will be 50 per cent cheaper compared to using red diesel. Fully charged, the 19C-1E can put in a typical full day’s shift for a mini excavator.

JCB Diggers In Full Production: JCB has made manufacturing history by going into full production with the construction industry’s first fully electric mini excavator – with more than 50 machines already delivered.

The 19C-1E models – JCB’s first-ever electric diggers – are now coming off the assembly line at JCB Compact Products in Cheadle, Staffordshire, with orders rolling in from customers from across Europe and North America. 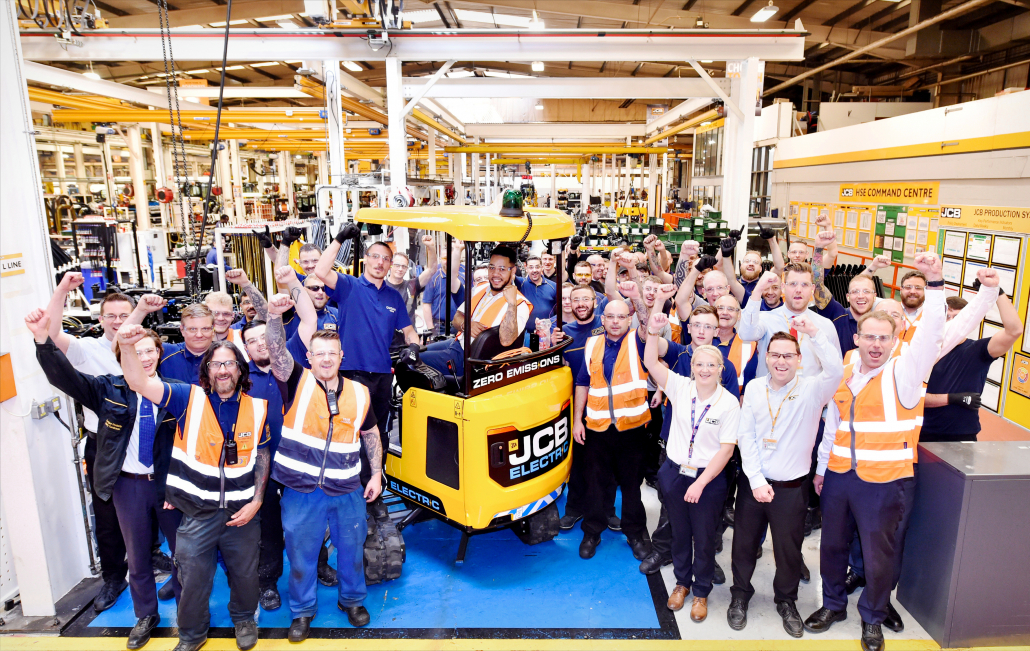 The machine is a staggering five times quieter than its diesel counterpart and can be fully charged in under two hours. The model is expected to be a big hit with companies working inside buildings and in emissions and noise-sensitive inner-city areas. Fully charged, the 19C-1E can put in a typical full day’s shift for a mini excavator.

The 19C-1E will also offer customers great cost-of-ownership benefits, with research highlighting that over the first five years, charging costs will be 50 per cent cheaper for customers who would otherwise be using red diesel. Servicing costs are also expected to be up to 70 per cent lower compared to the diesel model.

JCB Chief Innovation Officer Tim Burnhope said: “In urban environments in particular, contractors are understandably very keen to operate zero emissions equipment whenever possible, including outdoors. I’m delighted that the model is now in full production after successful feedback from customers in many key markets during the evaluation stage.”

JCB Compact Products’ MD Robert Winter said: “This is a historic moment for JCB and for JCB Compact Products. We are delighted to go into full production with the industry’s first fully electric mini excavator. The machine has a very promising future ahead of it.”

Using leading automotive battery technology, the zero emissions and low noise 19C-1E delivers all of the performance of a conventional diesel-powered 1.9-tonne mini excavator. The machine comes with JCB’s LiveLink telematics as standard.

The machine is perfect for working indoors or outdoors, in factories, tunnels or basements, for digging foundations, or on utility projects.