Golf Club Ends 2017 In Style: Modry Las Golf Club has ended the year in style after picking up a top award at a gala evening which celebrated the very best of international golf tourism. The West Pomerania Gary Player-designed course was named Poland’s best golf course at the World Golf Awards in Spain after a series of exciting developments at the resort and a bumper year on the course.

It is the latest in a line of awards secured by Modry Las since it was officially opened by Player in 2009. Earlier this year Modry Las received one of Poland’s top honours for its nine-hole championship course in miniature; Orli Las. This latest accolade from the World Golf Awards points towards ongoing improvements that have been supported by an internationally recognised design. 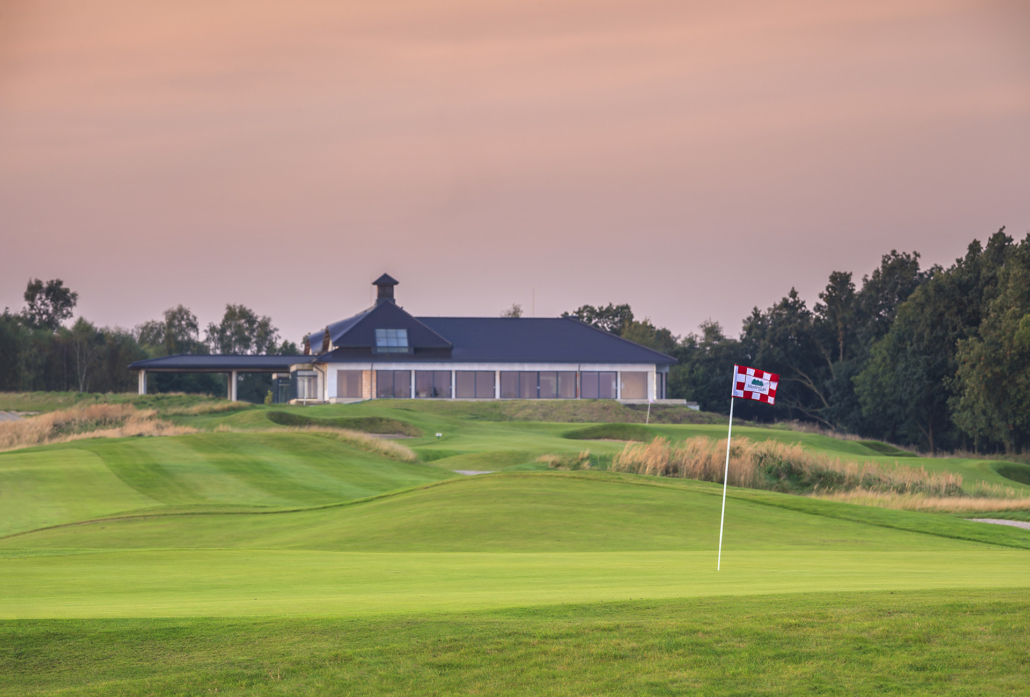 “Over the last eight years, Modry Las has been on a journey which has been underpinned by Gary Player’s fabulous design,” said Arthur Gromadzki, chairman of Modry Las. “That has been the foundation on which we have grown the resort. We have used the momentum created by Mr Player’s fantastic layout to develop the resort through on-site accommodation options, property opportunities and our wonderful nine-hole course. Modry Las has grown into an internationally recognised resort, but it all began with his vision.”

As Chris Frost, managing director of the World Golf Awards, noted, this latest honour confirms worldwide recognition for the resort. “Well-deserved congratulations to Modry Las on its success at the 2017 World Golf Awards,” he said. “Poland’s Best Golf Course is a prestigious international award that places Modry Las firmly at the top of the golf tourism industry.”
As well as picking up awards, Modry Las has also seen substantial increases in the number of rounds played, especially by visiting golfers. For instance, the number of green fees sold grew by a healthy 22% in 2017 while the number of rounds played as part of a stay-and-play package soared by 73%.

The impetus generated by the 18-hole signature course at Modry Las shows no sign of slowing down, especially during 2018 which is set to be another decisive year for the Polish resort. “The progress made at Modry Las has been significant and has resulted in us welcoming more golfers to play our courses,” continued Gromadzki. “Nonetheless, I am particularly looking forward to 2018 and the opening of our clubhouse. This is the next stage in the evolution of Modry Las and a pivotal point in its development.”

The clubhouse is due to open during the summer of 2018 and will act as a focal point for members, visitors and corporate clients with spacious reception areas and panoramic views. A sports bar, lounge areas, extensive changing facilities and a specialist golf boutique will elevate service levels once again, while 11 luxurious guest suites will provide additional accommodation just yards from the first tee and last green.

The contemporary country lodge will include an indoor golf practice studio, private-dining room as well as a 70-cover restaurant and terrace featuring international cuisine served with the best of Polish hospitality.

“This exciting project has been in the pipeline for a number of years,” said Gromadzki. “We wanted to get the feel of the place just right so that members and guests would feel at home, but also indulged. Our temporary clubhouse has been a great asset, but the new clubhouse will take the experience at Modry Las to another level.”

A number of smaller, but no-less important projects have preceded the clubhouse development, including the installation of a dedicated Tesla charging station at the West Pomeranian resort, which is now part of the Tesla Destination Programme. Elsewhere, the resort’s facilities have been photographed by award-winning photographer Mark Alexander who has not only captured the beauty of the championship course but has also taken the first images of the highly-anticipated clubhouse.

“It is always a great privilege to photograph Modry Las,” said Alexander. “The course has matured well and is looking terrific. The new clubhouse provides a fantastic backdrop to the closing hole, which was part of this year’s brief.”

Gromadzki agreed. “The photography taken by Mark has been viewed around the world, and I think his new set of images will generate even greater interest in Modry Las. In particular, he has used the light to capture views of the course that have never been seen before and reveal for the first time the new clubhouse.”