Trilo Eradicates Leaf Problem: Norwich based Eaton Golf Club describes itself as ‘owned and run by the members, for the members’ – a motto also supported by Course Manager Rob Ransome. Despite being there for less than a year, he recognises that the club’s “fantastic membership gives the club a thriving, upbeat feeling”. However, what didn’t leave such a positive feeling in previous years was the leaf-fall from the courses’ extensive tree population! Before he even began his position at Eaton, Rob purchased an S3 from Trilo, which has transformed the task of leaf collection at the club.

“I started at Eaton in September 2017 and it was evident right from my interview that the club had a big problem with leaves. The team were getting a lot of negative feedback on the conditions and players were frustrated with losing their golf balls! It was something I was keen to tackle straight away” explains Rob. 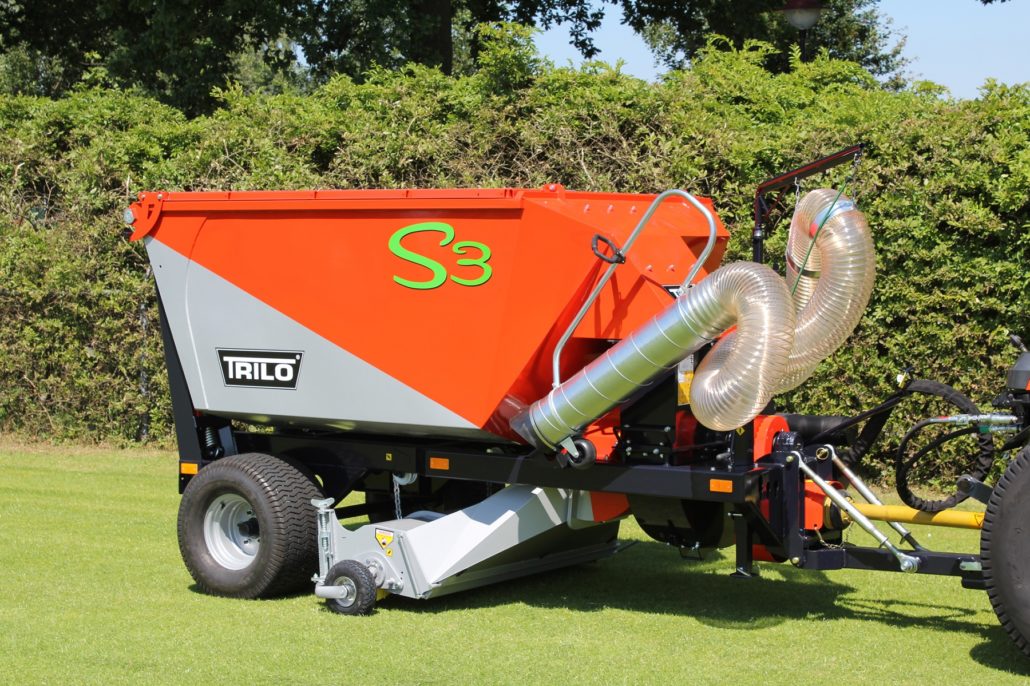 Recognising Trilo offered good quality equipment he arranged for a demo of an S3 collector with local dealer Ernest Doe. “We were instantly impressed and you could see how it was going to transform the task for us so I placed the order so that it arrived in time for my arrival at the club. We found that we could run the unit with the brush attachment just above the height of the grass to collect the leaves into a high capacity hopper, without having a detrimental effect on the grass. The overall weight and compression tyres also help, leaving a minimal footprint on the ground, meaning we could get out everyday without the risk of causing any problems.”

The S3 was in action as soon as the leaves started to fall in October, for anywhere between 3 and 7 hours a day, until the end of the fall. “I delivered a presentation to the members in December and was apprehensive when I got to the topic of leaves, but people were so complimentary of what we’d achieved. It has transformed the winter presentation of the course so much that members are now going out on the course looking for leaves – and can’t find any! We can’t ask for better than that.”