JCB finale for Terence: JCB’s Terence Smith has put the fun into furlough with a madcap fancy dress fundraising idea which has netted almost £3,000 for charity.

For the whole of April he donned a different fancy dress outfit every day, filmed a funny sketch and uploaded the footage to his social media pages – all to raise cash for worthy causes. 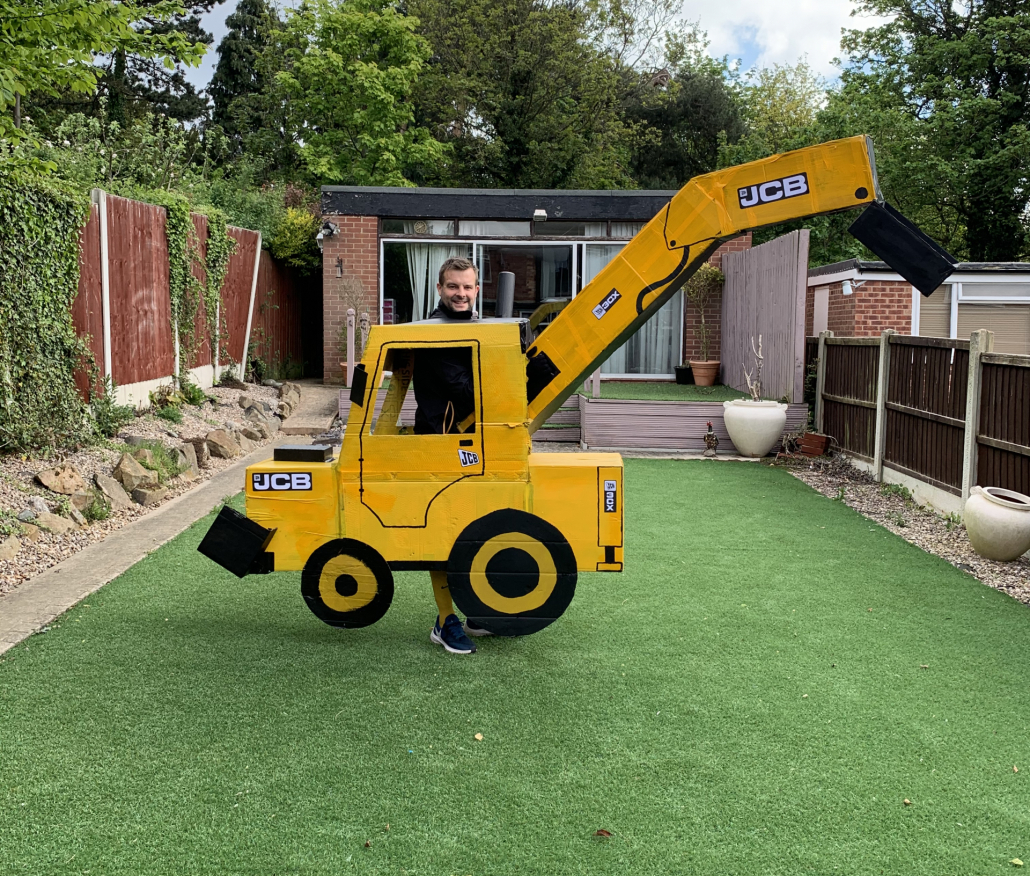 Now he has signed off from his wacky month of fundraising by donning fancy dress outfit number 30 – a JCB digger he made from scratch out of cardboard in his garage.

Terence, 35, who works in sales at JCB Power Products in Hixon, Stafford, says building his mini 3CX backhoe was one of the most difficult challenges of the month.

He said: “We’ve got a fancy dress box at home with outfits worn at parties over the years, but the JCB backhoe loader was one of the harder ones to devise! You have got two choices when you are furloughed; either sit at home doing nothing or make the best use of your time by staying active. I chose the latter, not only to raise money for charity, but for my own sanity too.”

Terence, of Littleover, near Derby, is now just a few pounds away from raising £3,000 in aid of the Derby and Burton Hospitals charity, Community Action Derby and Rainbows Hospice in Leicester.

Over the past month he has dressed as a Transformer, Harry Potter, sports star Tom Daly, Baywatch characters and even Britney Spears – trying hard not to disturb his fiancée Nicola as she worked from home.

Terence added: “The response from friends, family and JCB colleagues has been amazing. I originally set out to raise £2,000 for charities, which are assisting with the response to COVID-19. I’ve had fun, it’s helped my my mental health and it’s great to know that I’ve put a smile on people’s faces for the past month.”