From Greenkeeper To Masters Bid: Not many people can call Royal Wellington Golf Club their backyard. Daniel Hillier has more right than most, especially as he mows the greens there, too.

New Zealand’s second-ranked amateur golfer has added the title assistant greenkeeper to his CV, at the very golf course he and nine compatriots will chase a golden ticket into both The Masters and Open Championship this month.

In recent weeks Hillier worked part-time for Royal Wellington’s head greenkeeper John Spraggs and his ever-expanding team, preparing it for the Asia-Pacific Amateur Championship from October 26-29. He’s lost count of the number of rounds he’s played there, a short drive from the family home in Whitby. 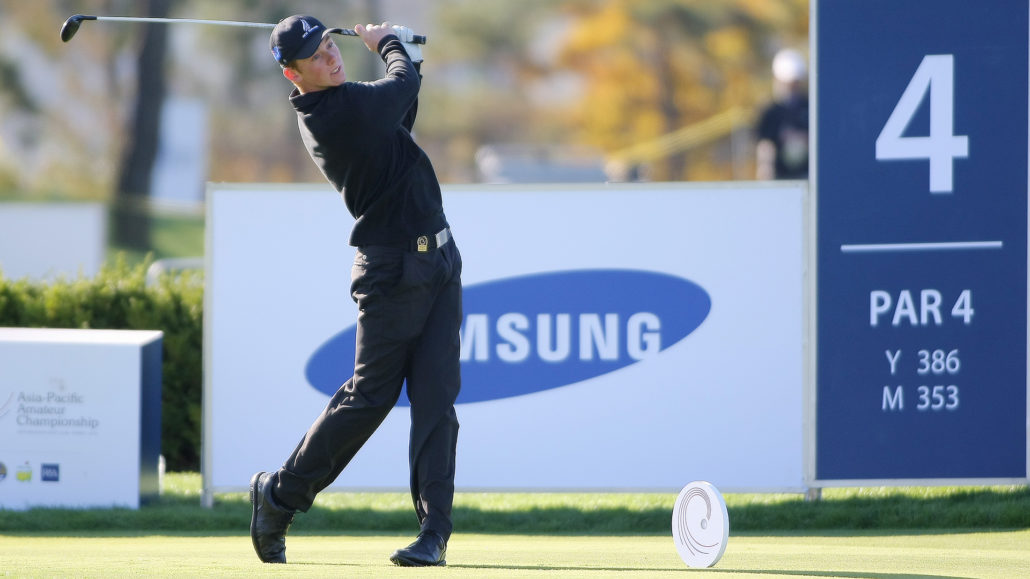 “It’s quite nice to know where to put the ball well before the event actually starts so I can concentrate on the finer details. They’ve been very helpful and very understanding of what I’m trying to do with my golf.”

That understanding extends to granting Hillier leave for his final APAC leadup, the Harewood Open in Christchurch starting on Thursday.

Hillier likes the venue for his final shakedown, on the undulating Greg Turner-designed greens which are similar to Royal Wellington’s. Turner was a key figure in re-designing Heretaunga to championship standard, which saw it become the first New Zealand course awarded the APAC.

Clearly, few will be better prepared than Hillier, who beat Danny Lee’s record as the youngest NZ amateur champion at age 17 in 2015 and made an encouraging APAC debut a year ago when 15th equal at Jack Nicklaus Golf Club in South Korea.

“Last year was a great experience being in a new place and such a big event it was quite an eye opener for me. It brought out parts of my game I knew I could work on this year.

“I’m feeling really comfortable being on my home track, but it will play completely different to how it usually does: a little bit firmer, the greens will be faster and the pins will be tougher.”

Talking about fast greens, tough pins and blustery winds, Hillier handled it like a pro when he won his first 72-hole Wellington Strokeplay title by a mammoth 12 shots at Shandon last month. He closed with rounds of 65 and 67 for a 10-under total of 270.

Among those in his wake were fellow APAC hopefuls Kerry Mountcastle, his Wellington team-mate, and Ryan Chisnall, who toured with Hillier to some of the big US amateur tournaments this year. Picking his moments to attack the pin on the unforgiving US layouts was Hillier’s biggest lesson.

“I managed to leave them in the right spot for most of the round and it was one of those days where I had a couple of extra putts drop in,” he said of his dominant strokeplay victory.

Hillier, Chisnall, Mountcastle, Luke Brown and Mark Hutson joined the leading Australian players for a weekend camp at Royal Wellington last month and all five Kiwis will tackle Harewood this week too, along with James Anstiss who’s the first US-based New Zealand golfer to arrive.

Australians Travis Smyth (13) and Harrison Endycott (19) are ranked inside the world’s top-20 and are the ones to beat in the APAC. Four Aussies are ranked in the world’s top-40 while US-based Nick Voke (44) is New Zealand’s top-ranked ahead of Hillier (79) and Chisnall (84).

For the first time, the APAC winner in a field of around 120 of the best from Australia, New Zealand, China, Japan, Korea and Thailand earns an exemption to the big ones: next year’s Masters at Augusta and Open Championship at Carnoustie.

Said Hillier: “We’ve got 10 guys and there’s some great golfers who’ve played here before. They all know the course and the home conditions. It’s a really good opportunity for the New Zealand blokes to try and get one over the rest of the world.”