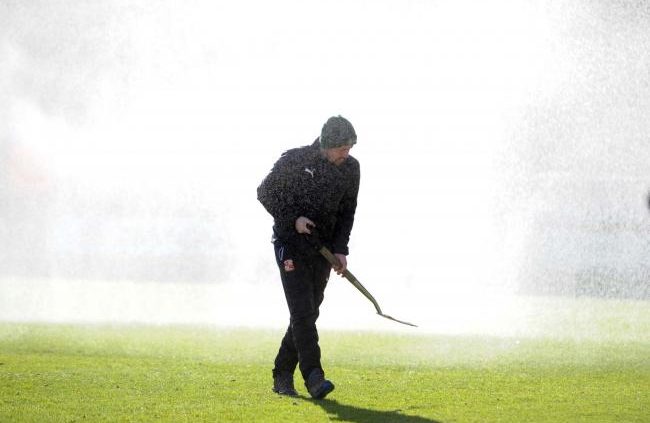 Groundsman Targets Improvements: Swindon Town groundsman Marcus Cassidy hopes beneath the surface improvements, as a result of continued investment over the summer, can help improve the County Ground pitch even further next season.

Town were confirmed as winners of the Grounds Team of the Year award for League Two on Wednesday night, one place better than last season’s efforts that saw Cassidy and his army of volunteers earn Highly Commended. 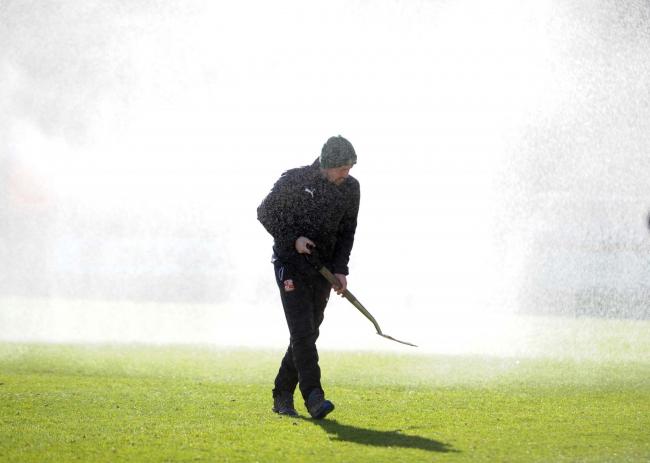 Stonehouse-born Cassidy now has his eyes focused on the summer – where he will be working seven days per week to ensure the County Ground’s surface is in top condition for Town’s pre-season schedule in July.

He said: “To pick up the award is very pleasing. It’s not just good for me, but for the club as well.

“It shows the investment that the club has put into the pitch has worked well.

“We haven’t got a bottomless pit, so we’re trying to improve things little by little – whether that be improving renovation or investing in the machinery.

“From here, we’ll look at what budget we have got for next season and see how we can best spend that money to improve next season.

“Everyone sees the grass on Saturday and thinks it is in that condition all week, it definitely isn’t.

“The pitch can look awful in the week – we can pick up different diseases, and the weather has a big say in that.

“It’s about getting things just right for Saturday at 3pm.”

Cassidy’s work was put on show to the nation last month when Phil Neville’s Lionesses hosted Spain in a pre-World Cup friendly at the County Ground, a game England won 2-1.

That game itself presented challenges to Town’s groundsman, who has now completed 18 seasons with the club.

Yeovil’s visit in League Two on Saturday was followed by Spain’s training session at SN1 on Monday, before the game itself took place on Tuesday.

With the help of apprentice Connor Collins – who has now secured a role at Bournemouth for next season – Cassidy said planning for that week proved tough, but achievable with the help of the team behind him.

He added: “I was really banging my head against the wall that week – getting the fertiliser programme right was important.

“A lot of planning went into that week to get the pitch into the condition it was in.

“The volunteers are invaluable. They get free entry, but they’re out there in the wind, rain and sunshine.

“Also I must mention our apprentice Connor Collins. He’s had a very good year – and that’s shown in the pitch as well.”