Toro Praised At Stirling Golf Club: Lying on a tilted slab of ancient volcanic lava in front of the historic Stirling Castle is Stirling Golf Club, one of Scotland’s oldest golf clubs, which is preparing for its 150th anniversary with a helping hand from Toro and its distributor Reesink Turfcare.

All eyes are on the club in central Scotland, whose golfing credentials actually stretch back to 1505 when golfing activity involving Monarch King James was first recorded, as it prepares for its anniversary. But with a carefully constructed Toro fleet the pressure to keep the course up to standard is under control, says course manager, James Lindsay. 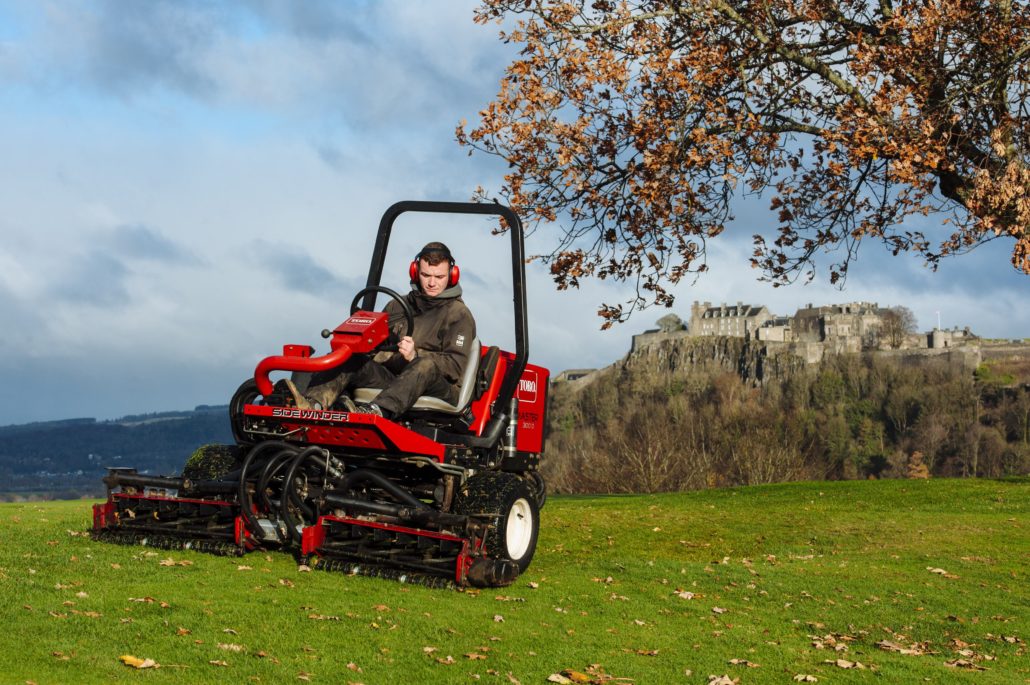 “It’s an exciting time and everyone is looking forward to it, but it does mean there are a lot of people expecting great things; 150 years is a big deal after all! We’ve been completely redoing the bunkers for the anniversary, working with renowned course architect Howard Swan of Swan Golf Designs repositioning, reshaping and draining them all, which will be finished in time for the celebrations, so members can enjoy a newly refreshed course. It’s important for us to be able to provide the best, especially as there’ll be a full calendar of events over the year with members and dignitaries invited.”

Maintaining such a respected course, James knows having the best turf maintenance equipment is essential. Since his appointment six years ago, he has continually updated the machines at the club and it now boasts a 100 percent Toro fleet.

“I’ve always used Toro, they’re the highest quality and most reliable, so it’s a no-brainer really. Plus, having an all Toro fleet makes it’s easier to train people, which means we can spend more time working on the course. They’re quick to cover the grounds, which saves us fuel, but the speed doesn’t stop them giving a smooth finish. Being 100 percent Toro has improved the club in lots of ways.”

He continues: “The machines themselves are really dependable, but on the rare occasion there’s been an issue it’s been fixed very quickly. It’s comforting to know that if there’s ever a problem, there’s always someone at the end of a phone who can get it sorted.”

“I have to say my favourite to use is the Procore 648,” says James. “Aeration is key and this machine works at a good speed and delivers a tidy finish.”

With the club busier than ever, James and the rest of the greenkeeping team are safe in the knowledge the course is in good hands with Toro – and that’s set to continue as James concludes: “We’re signed on to a five-year exclusivity agreement, I trust the products and service and know what I’m getting. I don’t see us stopping our agreement anytime soon. Toro machines keep this club at the very top of its game, and why would I change that?” 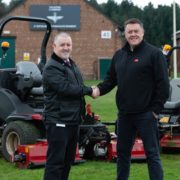 Toro Hits The Mark At Altcar 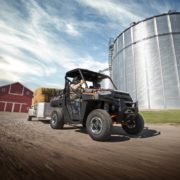 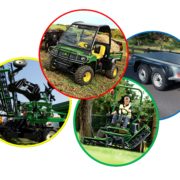 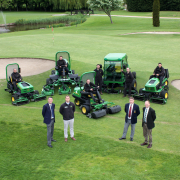 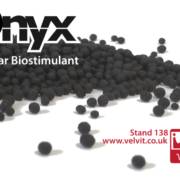 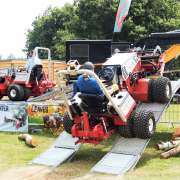 Ventrac exposure at The Game Fair 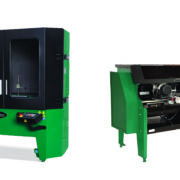 Foley United To Exhibit At BTME 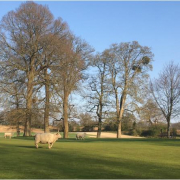