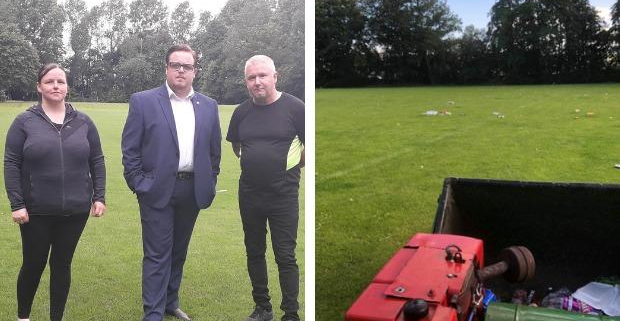 Vandals Cause Grass Pain: Volunteers at an East End football club have blasted vandals who repeatedly trash its pitch for five years.

Cosmos Football Academy, in Tollcross, which trains kids as young as four-years-old, raised concerns with Glasgow City Council about the repeated problems. 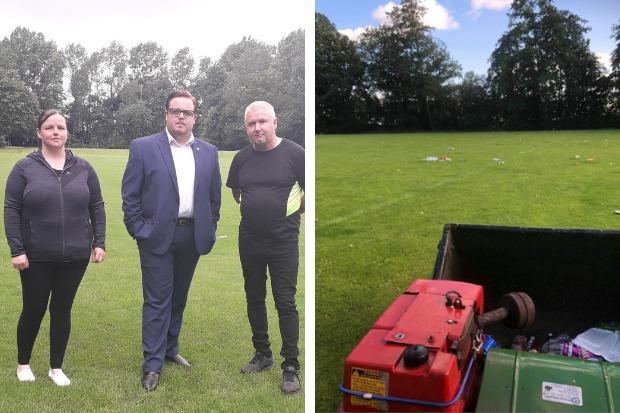 The club says that as well as smashing glass bottles on and near the pitch, teenagers have been ripping up the grass with their quad bikes.

There are also problems with dog fouling on the area which is leased to the club and is not public ground. The swing parks at either end remain public property.

Groundkeeper Billy McNaught said: “The park is subjected to vandalism from kids on motor and quad bikes who rip up the grass.

“We don’t have a problem with them using the park – we just ask that they respect it.

“We are asking the council for signs to be put up across the park telling people to look after it.”

Most of the issues seem to come with young people who are early to mid-teens.

She said: “We want the public to know that this is a leased park – it is not a public park.

“We train kids from four to 12-years-old but most of the problems we have are with 14 to 16-year-olds.

“When you are training the kids, you can hear the youths at the other end of the park. Their actions cause a lot of damage to the grounds – it isn’t fair.”

The club is currently on an annual lease from City Property, run by Glasgow City Council, but hopes to get at least a 10-year minimum lease which would help bosses apply for grant funding to maintain the facility.

Mr McNaught added: “If we do get a 10-year lease we can get the park fenced off and shower and changing units installed provided we were successful in getting a grant.”

Councillor Thomas Kerr visited the pitch to try and help find a solution for the club.

He said: “I got in touch with the officers to see if they could arrange a visit. There had been some email correspondence, but I thought it would be better to visit and see the issues first hand.”

A spokesman for the council said: “We had a very positive meeting with Cosmos and agreed to a number of actions that we hope will help them run football on their pitch. We will be putting up signage to make it clear the pitch is for the sole use of Cosmos to make it easier for them to manage the space.

“Community Enforcement will increase patrols to address anti-social behaviour in the area and also we’ll undertake some other bits of general maintenance that will help improve the overall environment.

“Cosmos deserve a lot of credit for the work they have done to improve their pitch and to encourage young people to get involved in football in the Tollcross area.

“This is the kind of community-driven initiative that can really make a difference to an area and we will be supporting their efforts as much as possible.” 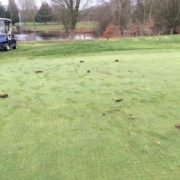 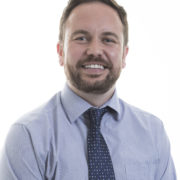 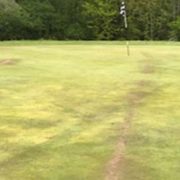 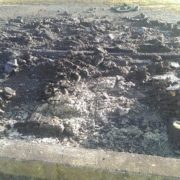 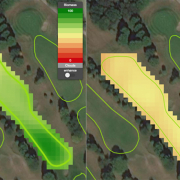 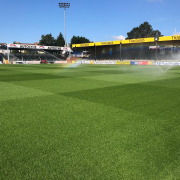 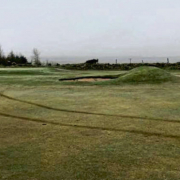 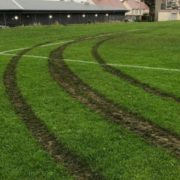 Fantasy Football Is Back!
Scroll to top