Wiedenmann A Time Saver: Two new kit arrivals for a busy Middlesex grounds team are saving up to five working days a month.

The Wiedenmann Terra Spike GXi8 HD and the Wiedenmann Super 500, delivered in October, are significantly reducing time spent on aeration, collecting and scarifying. 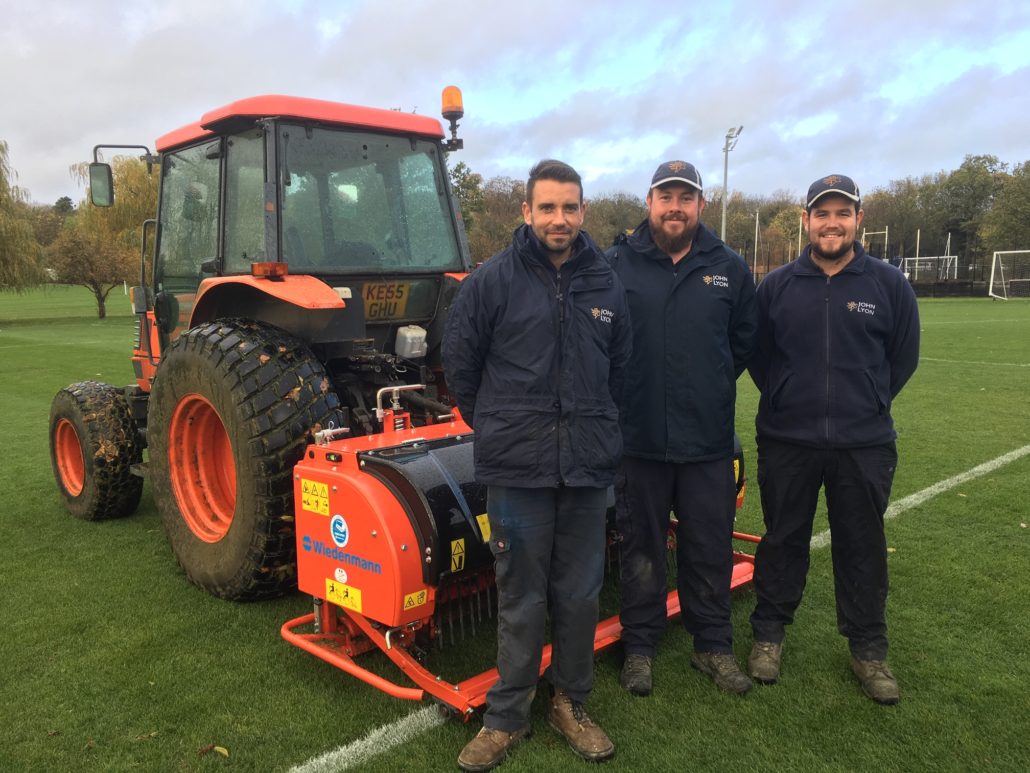 “Other than our 1st team football pitch, each pitch and training zone can get used up to nine times per week,” said Chris Lynch.

“We’re also saving at least two days a week with the Super 500.  Just last week all pitches were raked quite roughly to take out dead grass. Lots of material came out. We took the Super 500 across and in one pass it picked everything up.  I was beyond impressed.  All 28 acres collected with one pass in just over two days.”

“In terms of time saved and work quality these machines are fantastic. All of a sudden productivity is increased by a week per month.  Over a year we’re talking about an extra month to do other work across the site.  Any Head Greenkeepers or Grounds Managers reading this with a similar amount of usage every day will know how invaluable that kind of time is to absorb the extra work given to us. I am very fortunate to work for a school that backs me with the machinery needed to keep the surfaces at their best.”

The Terra Spike will run at least once every three to four weeks, typically, September through until April or May.

“On 20 mm tines we will comfortably get down to 250 mm as no complex pipework lies beneath any of the pitches. The Terra Spike will not only help repair and replace levels but keep air and water moving through the profile,” continued Chris Lynch, who took up his role 2.5 years ago after a 15 year spell at The Harrow School.

“Another key benefit will come during March/April, when 400 tonnes of sand is put down to help aid pitch recovery as part of our renovations. The Terra Spike’s efforts will also assist the way we deliver chemical and fertiliser products required for the turf. Sand aids in unlocking positive nutrients locked up in the clay and the Terra Spike will allow the sand to work down into the clay to aid this process. “

“For me the Terra Spike is the easiest machine on the market to use.  Its set up is really simply.  If you are not happy with something it’s a small quick adjustment to the depth or the heave.

Wiedenmann’s Super 500 is a three-in-one sweeper, collector, scarifier known across the industry for its versatility and 2.5 m³ capacity. The John Lyon team has seamlessly incorporated the Super 500 into their weekly routine. 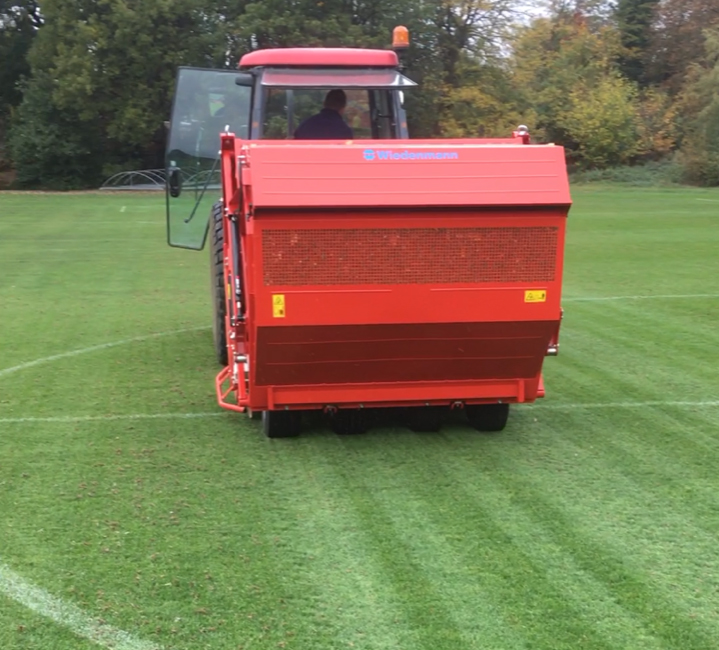 “We have the largest collection of oak trees in the neighbourhood and need to lift leaves before they contaminate the turf surface so the Super 500 is out on Mondays, Wednesday and Fridays. We cut on Mondays, Tuesdays and Thursdays and mark everything on Fridays, weather dependent of course” explained Chris Lynch.

“The Super 500 has been set up as a scarifier which just tickles the surface as we work. We don’t want to go into hard, as leaf collecting is the priority for now.  When I joined, one of the biggest problems I inherited was thatch and there is still some thatch level in our pitches.   The Super 500 given time will help alleviate that, stopping debris working its way down through the surface.  In this instance, it’s not necessarily what you see on the top that causes problems, it can be what’s down below. I am looking forward to getting this into the surface far more aggressively come renovations time next spring”

The John Lyon School was founded in 1876 for the education of local boys by the Governors of Harrow School, in keeping with the wishes of John Lyon, the founder of Harrow. Now it takes 650 pupils with sport being central of importance. In particular the school has a tailored sports mentoring programme which helps nurture and develop elite sports performers and selected sports scholars.