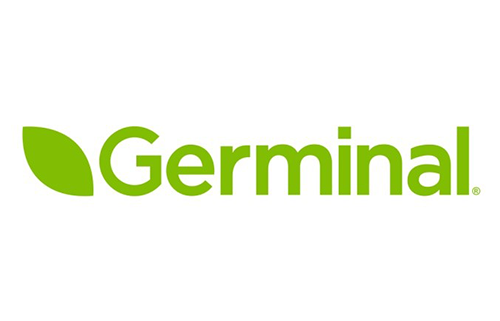 Grass seed and turf care specialists, Germinal, will be challenging greenkeepers to scrutinise the nitrogen efficiency of their existing sward nutrient programmes with a free fertiliser appraisal at the BTME show in Harrogate from 17th to 19th January 2017. The company will also be showcasing its latest perennial ryegrass cultivar which has topped the Turfgrass Seed booklet’s 2017 Series L list with a fineness of leaf score of 8.8.

Cabrio is the most recent addition to Germinal’s portfolio of perennial ryegrass cultivars for use on golf tees and green aprons. Formally introduced as a new cultivar last year, Cabrio sits at the top of the Turfgrass Seed booklet’s Series L list for 2017 thanks to a fineness of leaf scoring which is half a point ahead of its nearest rival.

Cabrio is available exclusively from Germinal as part of the company’s ‘Grade A’ range of grass seed mixtures. “The Grade A range has been designed specifically for use by professional greenkeepers and groundsmen,” Richard Brown, Germinal Amenity Sales Manager explains. “These mixtures only contain the most vigorous and highly rated cultivars, resulting in a range of dependable mixtures that consistently deliver results time and again.

“As predicted 12 months ago, Cabrio has entered the 2017 Turfgrass Seed booklet at the top of the Series L table thanks to its class-leading fineness of leaf score,” Richard adds. “At 8.8 it easily outperforms its nearest rival and gives greenkeepers, groundsmen and turf growers an excellent opportunity to produce a harder wearing sward that can not only tolerate a close mowing regime, but which will also give good ball roll or bounce and will be very attractive aesthetically.”

Cabrio is recommended for use on golf tees, golf green aprons, tennis courts and cricket outfields and is included in Germinal’s A5 Cricket, Tennis and Tees and A28 Superfine Ryegolf mixtures. It is also included in Germinal’s A10 Golf Tees and Divot Repairs mixture where it is partnered with a browntop bent, a creeping bent, a smooth-stalked meadow grass and a pair of fescues to create a seed mixture which gives a high density, wear tolerant sward and rapid repair capability.

Germinal will also be challenging visitors to BTME 2017 to examine the nitrogen efficiency of their current turf nutrition programme and to reconsider their fertiliser choice.

“The key remit for any golf or amenity nutrient plan is to ensure that the fertilisers used provide a consistent and long-lasting supply of readily available nutrients to the rootzone with the minimum of losses,” Richard Brown, continues.

Mr Brown warns that, at best, the slow release fraction in methylene urea (MU) fertilisers only actually contains around two thirds of ‘true’ slow release N, whilst many contain less than half. “Put simply, that means the remaining nitrogen is either quick release, and therefore no more value than standard fertiliser, or so insoluble that it may take years to be released.

“In contrast, fertilisers which provide nitrogen in the from of isobutylidene diurea (IBDU) have an ‘Activity Index’ or efficiency rating of around 96%, meaning that almost all of the N supplied will be slowly and steadily released into a form which can be taken up by the sward for a period of around 12 weeks.”

In IBDU based fertilisers, the nitrogen is organically bound and therefore has a very low cold-water solubility rate. As such, it cannot be displaced from the rootzone by leaching or volatilisation to the atmosphere. This ensures that a single application of an IBDU slow release fertiliser, such as Floranid Turf or Floranid Permanent, is able to deliver a consistent supply of nitrogen over a period of up to three months.

“IBDU fertilisers produce a more even growth pattern, with none of the intense bursts of growth associated with regular applications of granular compound products,” Mr Brown continues.

“Unfortunately, not enough turf professionals are aware of the differences between the various types of slow release nitrogen, so we are challenging attendees to BTME 2017 to bring a copy of their current fertiliser’s specification to the Germinal stand where we will give a free assessment of the product’s nitrogen efficiency and activity index.

“A simple photo of the fertiliser bag’s ingredients table is all we need. From that we’ll be able to ascertain the activity index of the product and offer advice on how they can improve the efficiency of their sward feeding regime.”