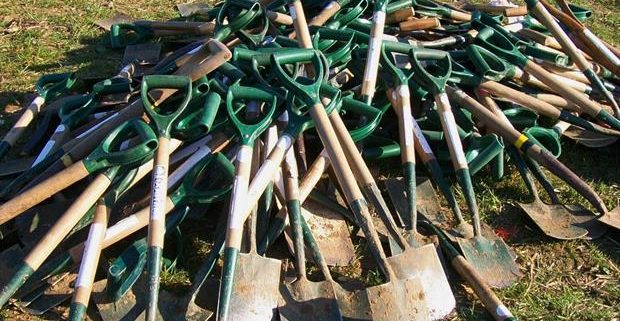 Sheffield City Council and Trees for Cities will plant around 8,000 trees around the city over the next few weeks.
Some 7,500 native woodland trees, mainly whips, will be planted at three parks in the south-east of the city, while hundreds more, including semi-mature standards, will be planted at other sites.

Different planting events will take place at the three park sites, involving members of the local community and children from neighbouring schools, while Lord Mayor of Sheffield, Councillor Denise Fox, will joing the planting at Fox Lane Recreation Ground.

The council’s cabinet member for culture, sport and leisure, Councillor Mary Lea, said: “This is especially important at a time when we are increasingly cementing our reputation as the UK’s Outdoor City and demonstrating that Sheffield is a city where people can come to walk, jog, ride their bikes and enjoy family days out in an array of fabulous green spaces.”

Its community forestry manager Tim Shortland added: “Sheffield’s existing woodlands are renowned nationally, but many are in decline and despite being of great value to people and wildlife alike will not last forever.

“These new woodlands will maintain the cities woodland legacy, increase biodiversity, clean the air and create new amenity opportunities. They will create the next generation of woodlands for future generations of Sheffielders to enjoy.”

Trees for Cities chief executive David Elliott said: “These projects will bring diversity to the landscape, enhance the wildlife and give residents opportunities to connect with nature. They will be an invaluable asset to the health and wellbeing of the local communities.”

* Elsewhere in the city, Sheffield City Council has come under fire for its street tree removal programme.

Interviewed by presenter and veteran DJ Andy Kershaw while inspecting felled and soon-to-be-felled trees in the city BBC’s One Show, arboriculture consultant Jeremy Barrell said: “From a health and safety point of view they are fine – none of them need to come out.

Defending the policy, the council’s Cabinet Member for Environment councillor Bryan Lodge said the trees “are causing damage to pavements and highways including those on Rustlings Road” – the site of a controversial night-time felling operation in November.

Two up for Lamma
Scroll to top