Within six years the club has gone from owning no Toro equipment to being a Toro ‘Total Solutions’ customer boasting a full fleet of Toro machines and Toro Lynx central control system irrigation with 170 Infinity series greens, approaches and surrounds sprinklers.

Course manager, Ed Stant, says: “The difference using Toro has brought to the club has been huge. The grass is healthier, the surfaces are more aesthetically pleasing and playability is improved.” 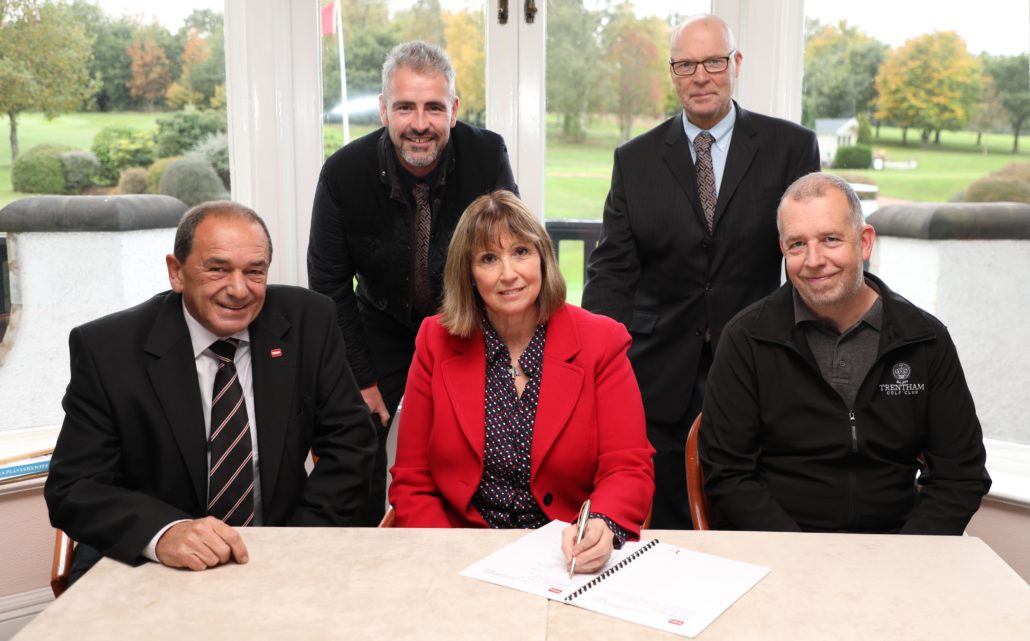 Now, with the club’s 125th anniversary coming up, the new machines couldn’t have arrived at a better time, says Ed: “The club has got events and functions planned this year for the anniversary. There’s definitely added pressure but it’s also a big motivator for the team.”

With this milestone event coming up, it was imperative the club had the best possible equipment in place to keep the 135-acre course in peak condition, and as the first five-year plan drew to a close and it came to signing a new agreement, “there wasn’t a need to look anywhere else,” says Ed.

In fact, the machines have been such a perfect fit for the club, they are replacing them like for like: “Toro has done everything we needed it to for the last five years, so there was no reason to change that. The machinery is durable and lasts incredibly well and the irrigation system really proved its worth last summer! It paid dividends and the members have all seen the benefits.”

In particular Ed and the team have been impressed with the Groundsmaster 4500-D: “The GM4500-D is a real beast of a machine. We have a lot of tree roots in our semi roughs which means you need a robust mower with a lot of power. It’s done the job with no problems and after five years of tough work it still hasn’t let up.”

The traditional and beautifully kept course at Trentham attracts many keen golfers and this year will be home to the prestigious Reid Trophy, for the best in amateur under 14s golf. With the pressure on from members and visitors, Ed says he has total confidence in Toro to fulfil the course’s needs.

“I’ve always wanted Toro at the club because simply put they are the best. The machines, the service and the communication from our local dealer Oakleys Groundcare and from Reesink Turfcare have all been great.”

He concludes: “At the end of the day, with Toro irrigation and machines for the course, I know we have the best possible equipment in place for the job.”