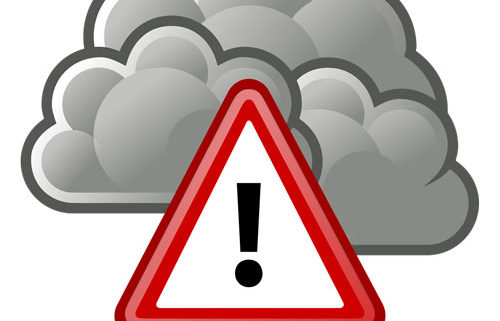 The Met Office has issued a Yellow Weather Warning alerting a number of areas of the UK that the following weather conditions may affect them over the coming days.
Weather conditions:

Heavy snow is expected on Thursday. Accumulations of 10 to 15 cm are likely quite widely with 20 to 30 cm falling on hills above 300 metres. This will lead to disruption to transport and perhaps power supplies.

Areas that could be affected:

In addition some very strong winds are expected on Thursday (23 February) in association with storm Doris with gusts of 60-70 mph likely, and 70-80 mph on coasts and hills.

Whilst the strongest winds look to be only short-lived, damage to structures, interruptions to power supplies and widespread disruption to travel networks are likely, with a danger of injury from flying debris. Trees are also likely to be damaged or blown over.

Heavy rain is also likely through Thursday as well as some snow over high ground as the system clears eastwards. These may prove additional hazards.

Areas that could be affected:

To see how your area will be affected in greater detail, go to the Met Office website.