IOG Advises Pay Rise: The leading membership organisation for those involved in the management of sports pitches, landscape and amenity facilities in the UK, the Institute of Groundsmanship (IOG), is recommending a 2.5 per cent increase in grounds staff’s national minimum salary bands for 2018.

But the IOG also advises that a 2.5 per cent increase would, in real terms, equate to an increase of just 0.1 per cent when the projected Consumer Price Index (CPIH) is accounted for. 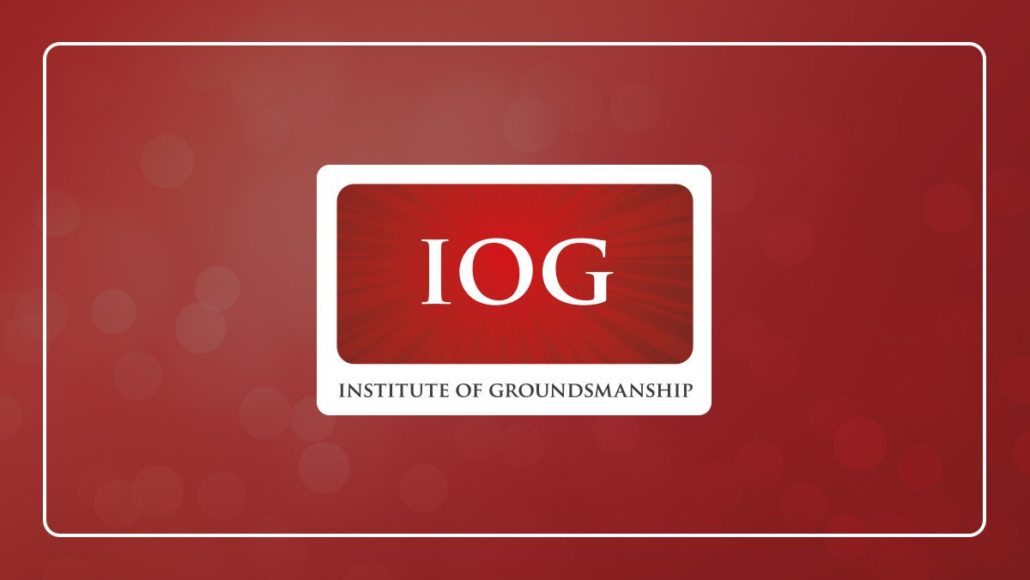 However, the IOG says the increase would:

Maintain a sustainable pay structure for all grounds staff
Account for inflationary pressures, and
Ensure grounds staff pay is in line with overall market trends. Most pay awards in the private and leisure sectors are predicted to be two to three per cent in 2018.

Based on independent, industry-wide research, the IOG recommendations also suggest a two per cent extension to the top of each pay band, to allow for greater professional development and to reward experience.

The IOG recommended national basic salary bands for 2018 are:

The IOG also recommends that employers ensure they meet their obligations in terms of maintaining a healthy work-life balance and ensure fair payment for overtime worked – by agreement about the balance between overtime pay, time off in lieu or flexible working.

Regional pay allowances continue to be incorporated into the salary bands and the IOG recommends that higher cost areas of the country should make salary awards at the upper levels of the bands. Regional differences are:

It is expected that the recommended minimum pay rate for a groundsperson in London should be £20,000 – though there is an expectation that most in this category would already be paid above that, in line with previous recommendations.

In addition, £550 per annum should be paid to those in junior groundsperson and groundsperson bands for the successful completion of IOG qualifications such as NVQ Levels 1 and 2, to encourage recruitment and ensure an ongoing focus on training and professional development. With low productivity forecast over the medium term, it is desirable to further incentivise the acquisition of skills, the IOG adds.

The recommendations have been made against a backdrop of economic uncertainty caused by Brexit and a revised (downwards) expectation for GDP growth in 2018 (from 1.7 per cent to 1.4 per cent). Poor productivity is a key factor in economic growth and, while this is notoriously difficult to measure in the leisure industry, it is likely to be a continued depressor of growth.

Average earnings have been lower in the public sector than in the private sector since 2015 – provisional estimates for average earnings put public pay growth at 1.8 per cent compared to 2.3 per cent in the private sector – but in September the government announced the end of the one per cent pay freeze for average public sector pay awards. This year government will consider recommendations of the Pay Review Bodies to inform pay awards.

The research was carried out independently by Myriad Research (www.myriadresearch.co.uk) using a number of data sources for analysis.

While the IOG salary survey reflects the diversity of the industry, the IOG is aiming to undertake a more in-depth analysis of pay scales in elite stadia management, to compare and contrast with global salaries for iconic sports venues. This new level of research will be part of the industry-wide research that the IOG will be undertaking this year.