Set over 120 acres with approximately 800 pupils, Shrewsbury School is one of the most prestigious independent schools in the land. Boasting academic excellence, the School also has some of the finest sporting facilities in the UK. In fact over three quarters of the School’s land is occupied by sports pitches. There is wide variety of sports on offer at Shrewsbury School and in summer all eyes turn to cricket. 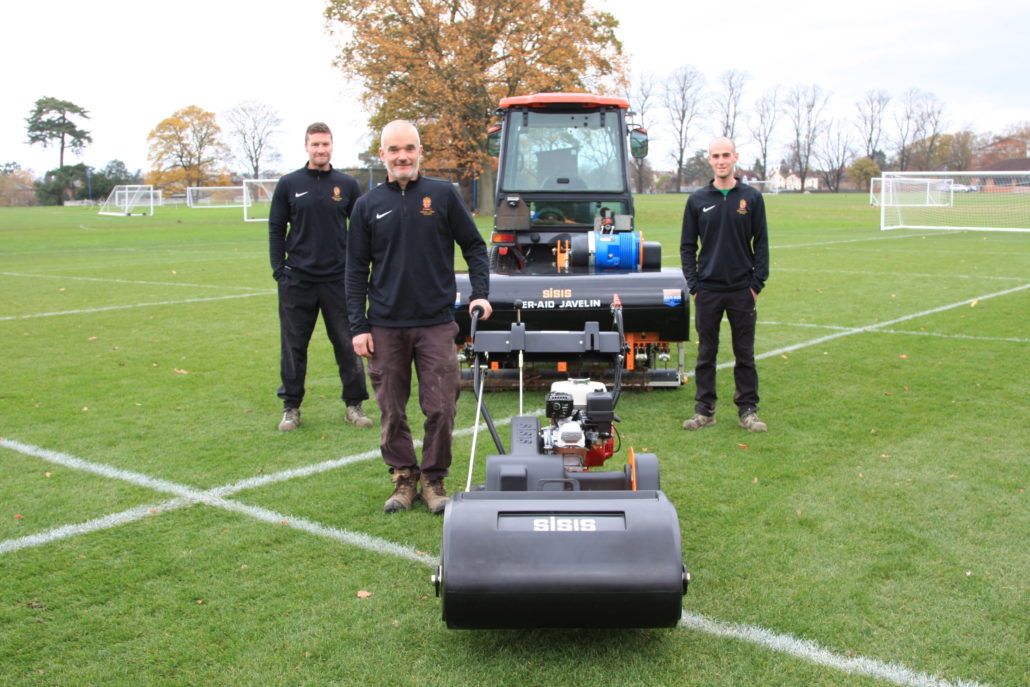 Cricket-writer Sir Neville Cardus once described the School’s cricket facilities as “the most beautiful playing fields in the world, spreading and imperceptibly mingling with the pasture land of Shropshire”. However, these facilities don’t come easily.

Andy and his team work tirelessly throughout the year to provide sports pitches of the highest quality, and when it comes to his cricket wickets he puts his faith in the SISIS Auto Rotorake MK5

“We use the Auto Rotorake specifically for cricket because it does such a good job,” says Andy. “Previously, we had an older Rotorake in our armoury and because we were so impressed with it there was absolutely no reason to try something else. I had a demonstration of the new Auto Rotorake last year, decided to purchase one and it is a definite upgrade. The amount of material you can take out of a wicket with the brush reel and the verticutting reel sometimes needs to be seen to be believed.”

The SISIS Auto Rotorake MK5 is a powerful self-propelled heavy duty scarifier designed for the removal and control of thatch on fine turf.

“We use it all the way through the cricket season,” continues Andy. “In Summer we do 30 match wickets a week and it will be part of the preparation for every one of those match wickets. From the middle of April through to the last cricket match in August we play host to approximately 250 matches and the Auto Rotorake is used on every one of those.

“For me, SISIS signals simplicity and reliability. It may be a cliché but it does what it says on the tin and that’s what I expect. The machines are built to last and I’ve never had any problems with SISIS equipment.”