Volunteers Assist Match Preparation: A football club has been saved thousands of pounds by a number of community volunteers who have helped prepare a stadium for the biggest game in its history. 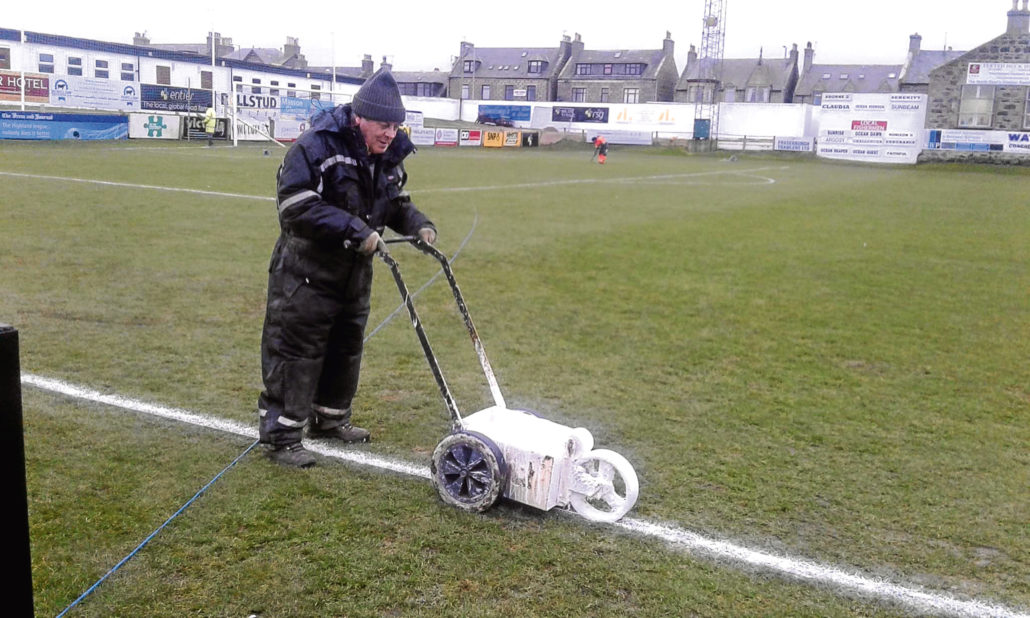 And ever since the draw was made, the town has caught cup fever.

Volunteers have been giving up their free time over the last few weeks to turn up at Bellslea Park every day and help get the ground in tip-top shape.

“It’s all individuals helping to get the ground up to scratch for the game.

“We’ve got a core group of ground staff, and probably a dozen or so people. There’s one or two staff and the rest are volunteers.

“They’ve sorted some of the barriers.”

Finlay said local painter Fred Bruce had been helping to give the grounds a splash of colour.

He added: “We’re very grateful we’ve got his support.”

Most of the hard work has now been done and the finishing touches are being put in place for the David versus Goliath encounter.

Finlay said the help and support from the community had been invaluable ahead of the game, and it would be difficult to put a price on it.

He said: “It would be embarrassing to try and work it out.

“The guys have been here on a daily basis for about three weeks.

“As far as the cost goes it probably runs into a couple of thousand pounds.

“If we paid them minimum wage it would probably be a couple of thousand. They’re supporters of the club so they’re feeling a sense of pride in helping out.”

Finlay added the local chip shop has been doing “a roaring trade” with the volunteers at lunchtime.

“Since the draw was made we quickly identified what we needed, we made a list of jobs and that’s been ticked off on a daily basis,” he said.

“It’s great. It’s warming to see that we’ve got that kind of support.

“We’re not a club that publicises ourselves and we just get on with it.

“Anything we get we really appreciate.

“It’s humbling that the club has that level of support when it’s needed.”

Bars and restaurants in the town have been expecting a boost in trade.

“And the eyes of the nation will be on the Broch come Sunday, with a capacity crowd and the game live on TV.

“Rangers are a big, big club in world football, not just Scottish football.

“To have that level of competition and opposition at the Broch is great.

“It’s good to see the shops and local businesses getting involved and sending good luck messages.”