Having won the Manchester Premier Division in 2018, then to gain promotion last season (finishing second but gaining promotion with points-per-game), Avro FC are certainly on a roll and definitely a team to look out for. Rob Fuller, Avro FC Chairman attributes their success in part to the installation of the 3G pitch back in Autumn 2017, he commented: “We are about to begin our third season with our GreenFields 3G pitch and we could not be more pleased with it. We are certain that the pitch has played a huge part in our back to back promotions. Last season was our first in semi-professional football, and we received only positive comments from visiting teams regarding the pitch. Several teams pointed out that the GreenFields surface was far superior to any that they had played on previously and they were impressed with the quality of the grass, and the natural bounce and run of the ball during game play. We are proud of our GreenFields pitch and look forward to continuing our successful partnership in 2019/20 as we look forward to playing in the NWCFL Premier Division for the first time.” 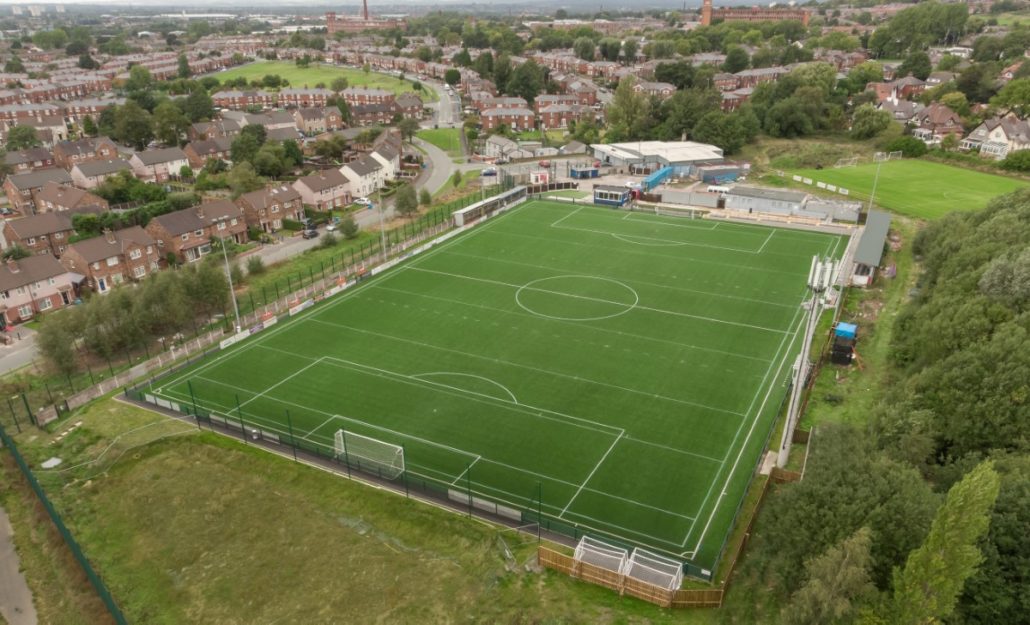 Last season saw the club compete in the coveted Buildbase FA Vase for the first time and their most recent promotion which will see them play at step 5 will also open the door to a place in the Emirates FA Cup, a dream for all clubs and footballers alike.

As part of their commitment to supporting non-league football clubs, GreenFields have renewed their sponsorship agreement with Avro FC for the 2019-20 season. Paul Milton, Commercial Director at GreenFields commented: “We are thrilled to see that Avro FC have been promoted for the second year in a row. It’s a brilliant achievement for them and we couldn’t be happier that the GreenFields pitch has played a part in their success. We look forward to seeing them continue to flourish and are proud to be partnering and supporting them for another season.”