Ben, 28, was offered sponsorship by digger manufacturer JCB in September to support him in his efforts for success in global athletics competitions.
Now he has taken delivery of some new kit – JCB branded clothing bearing his name, which he will wear at events representing JCB. 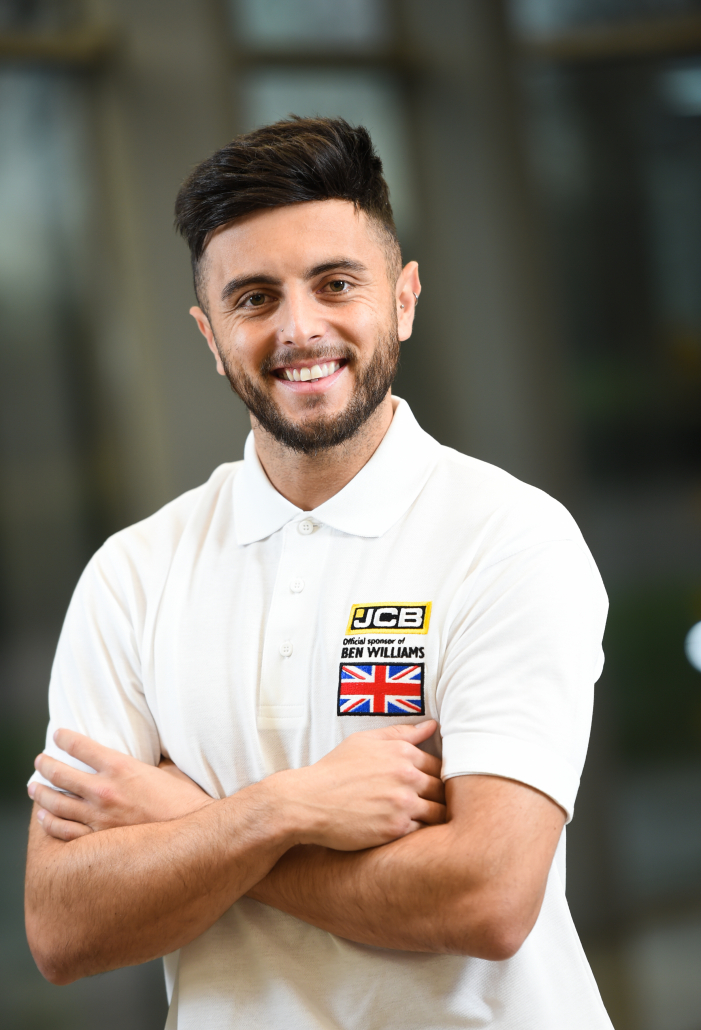 Ben, of Newcastle-under-Lyme, said: “The year has started well for me and I have just returned from warm weather training in South Africa which was a fantastic way to begin preparations for the season. I’ve got more intensive training planned and lots of competitions lined up ahead of August. I’m feeling confident and it’s great to be in a position of not having to worry about finances in this important period thanks to the JCB funding.”

Ben was taught to triple jump by his Grandad on the pavement outside his Stoke-on-Trent home as a school boy. Last year he became British Champion with a life-time best jump of 17.27 metres – earning him a place in the Great Britain team for the World Championships last year. He secured sponsorship from JCB as he prepares for his ultimate goal – the summer games in 2020 in Tokyo.

Ben almost quit athletics a year ago after battling to come back from injury. With resources low, he started to personal train members at his local gym to make ends meet. In addition, he was completing 100-mile daily rounds trip to his triple jumping training sessions at Loughborough University in Leicestershire.  In August, he relocated permanently to Loughborough and gave up his PT job – and hasn’t looked back since.