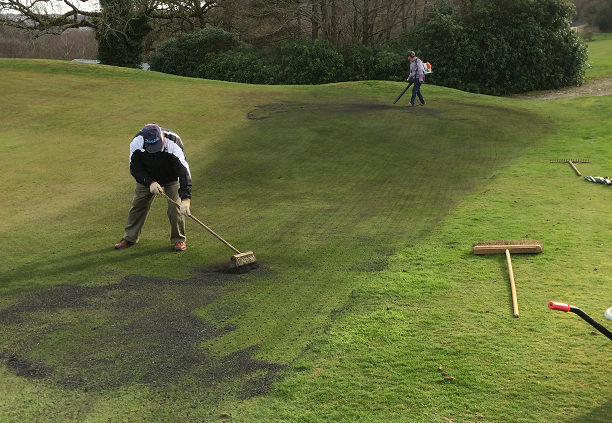 Chemical Cause For Concern: With a dwindling chemical arsenal, more and more greenkeepers are embracing natural alternatives, chief among them being enriched biochar from UK company Carbon Gold. But who are Carbon Gold, what is enriched biochar and, critically, does it work?

With iprodione banned and propiconazole and chlorothalonil on their way out, the three “silver bullets” of professional sports turf, which the entire industry has relied on for decades to keep our various courses and pitches green and playable, are all at once unavailable.  Compounding the issue, it’s almost certain that nutrient application will be stymied on environmental grounds to prevent run off into the water table in the near future. 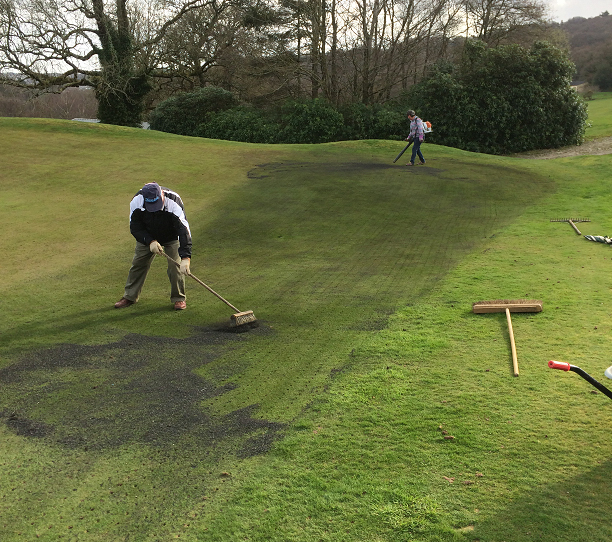 However, although it’s no doubt a source of anxiety, few greenkeepers are truly despairing just yet, and some are completely at ease having already replaced their chemical and nutrient arsenal with an organic alternative before the chemicals have stopped being sold. That organic alternative? Carbon Gold’s enriched biochar product, Turf Improver.

Biochar is a high-carbon form of charcoal that improves the water-holding capacity, nutrient retention, aeration and structure of soils and substrates.  It also provides a permanent protective refuge for beneficial microbiology.

At Mullion Golf Club, the most southernly course in the country, enriched biochar Turf Improver was incorporated into the 14th green which was considered the course’s problem green in Jan 2018. Just eight months on, despite an outbreak of Fusarium on some of the courses untreated greens in the autumn, the 14th green is completely disease free, the grass is showing better rooting, feels firmer and is looking much healthier.

At Okehampton Golf Club in Devon, the incorporation of enriched biochar Turf Improver into the 5th and 12th greens in March 2017 resulted in a 20% fertiliser reduction and a 100% fungicide reduction on both greens.

So who are Carbon Gold?

The company was founded by Craig Sams, founder of Green & Blacks Chocolate, back in 2007 as an organic, peat-free planting aid for the retail sector.  But with a few years of incredible results from third-party scientific trials looking into enriched biochar’s effect on plant health in the commercial crop growing and tree care sectors, trade eventually superseded the company’s retail offering.

Enriched biochar is used extremely effectively in the incredibly controlled growing conditions of both organic and conventional greenhouses in the UK and Europe, and is quickly establishing itself as the standard for tree planting and care.  It was introduced to the professional sports turf market by Carbon Gold only a year ago but has already picked up the distribution support of Sherriff Amenity, the UK’s leading sports turf consultants and suppliers.

The times are certainly changing, but so are the tools we have at our disposal to keep our turf healthy.  With this new generation of environmentally friendly products, like Carbon Gold’s enriched biochar, retiring chemical fungicides and pesticides might not be the handicap it’s expected to be.