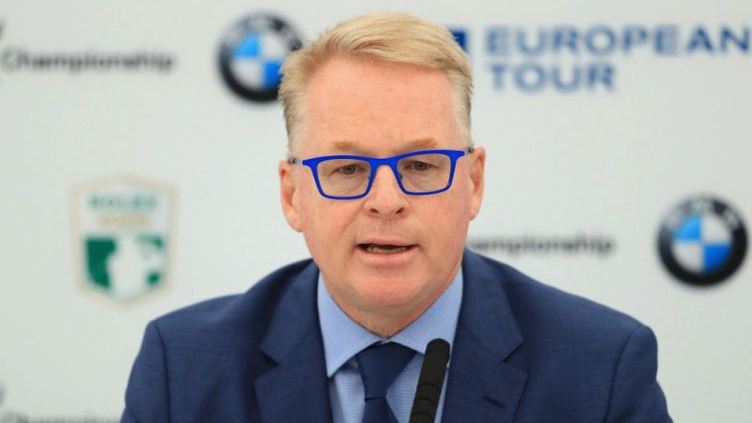 Keith Pelley at the GolfBIC conference: The European Tour has completed 20,000 Covid tests with just five positives since the outbreak of the pandemic. They have also spent £5 million on their health strategy. 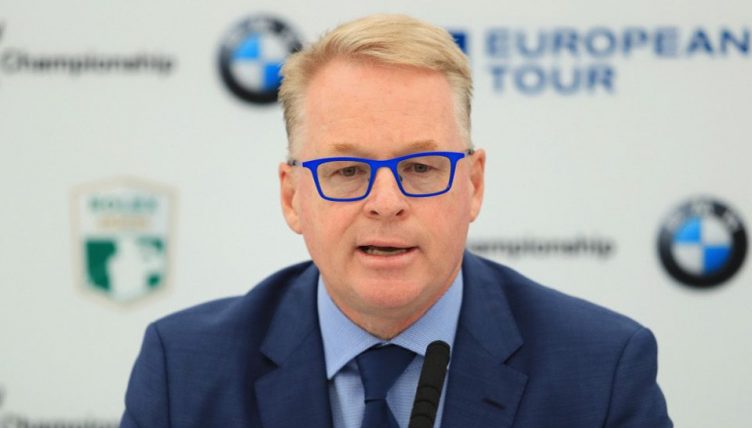 “Our most valuable member of staff was Dr Andrew Murray, our Chief Medical Officer,” said Keith.

He also revealed how close the Tour came to having to refund money to the broadcasting companies as a result of not fulfilling its quota of events.

“At one point due to cancellations we only had eight events in 2020 with 30 events moved or cancelled and we needed to get to 32 to fulfil our broadcasting commitments.

“We did everything possible to be able to play. We introduced two UK swings in the summer and the autumn. We played at Celtic Manor twice and Cyprus twice and we played for 27 straight weeks including 23 regular Tour events. As we’d played 10 events before Covid we hit 33 and achieved our aim,” said Keith, who revealed that last year they furloughed 100 staff and laid off 60.

The 2021 season also carries its challenges with travel restrictions making moving around the world difficult, but the European Tour has recently partnered with the PGA Tour, who have taken a stake in European Tour Productions, and so the European Tour will soon be playing events in Florida.

“Last year I was petrified, but this year because we have shown how adaptable and innovative we can be I’m not remotely worried about making it work,” Keith told his on-line audience. 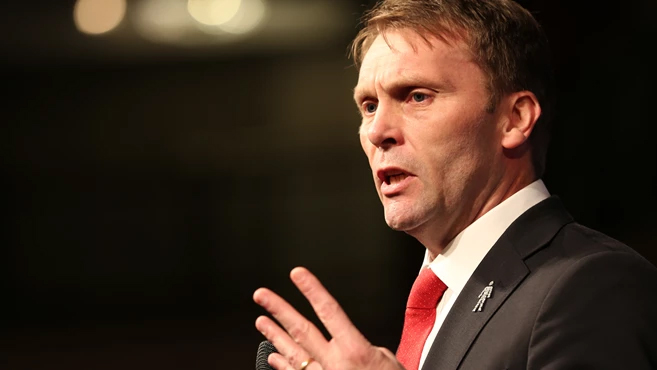 Rob Maxfield at the GolfBIC conference: Speaking at the GolfBIC virtual conference PGA Chief Executive Rob Maxfield, said that golf had a wonderful opportunity to grow following the boost in playing numbers it had experienced over the last nine months.

However, he said that clubs would have to “welcome with open arms” and look after those new and returning golfers and ensure that they kept them as members.

“We need the golfing bodies to unite and work together and ensure that there was one junior golf initiative not 10 and that clubs would have to look at modernising their rules and remove arcane dress codes and phone bans in the clubhouse.

“We have got to rid the game of the label of being a white, middle aged, middle class male sport,” he told Geoff Russell, Editor of Golf Business News.

The news that the age profile of the game had also dropped during lockdown was also seen as positive for the game.

“Because youngsters couldn’t do anything else during lockdown they were playing golf, while others were coming back to the game, however, a cautionary note is that my son was put off because he wasn’t allowed to play with his shirt outside his trousers. Now is that the worst thing in the world?” said Rob.

When the pandemic struck 12 months ago Rob, who has been Chief Executive since 2017, met on a daily basis with his Senior Management Team planning on how best to support their 8,000 members, their staff and to discuss finances.

“We agreed not to furlough staff but to use them to contact all of our members. We endeavoured to call members and in the end spoke with over 90% of them. We also organised regular webinars, often with as many as 1,000 people participating, on a range of subjects,” said Rob, who added that the All Party – Parliamentary Golf Group, Chaired by Craig Tracey MP, had brought all golfing bodies together on a weekly basis.