Graden CSI Key At Bransford GC: With changes in pesticide legislation having an ever-deepening effect on Sportsturf quality, the drive for turf managers to shift their nutritional and mechanical maintenance to a proactive approach has never been more important. Graham Wallace, Golf Course Manager at the Bank House Hotel’s Bransford Golf Club, is doing just that and has recently invested in a Graden CSI from Charterhouse Turf Machinery to help them produce strong greens.

“The course has sand-based greens but, due to the poor quality of sand used during construction, are unfortunately susceptible to holding water” explains Graham, who is supported by a greenkeeping team of five. “With the upcoming changes in fungicide regulations it is becoming essential to keep the surfaces dry, and the plant healthy, as much as possible to prevent disease from taking hold.” To help improve drainage, Graham has conducted in-house drill ‘n’ fill across the 18 greens for many years, followed by passes with the Graden CSI to keep channels open. 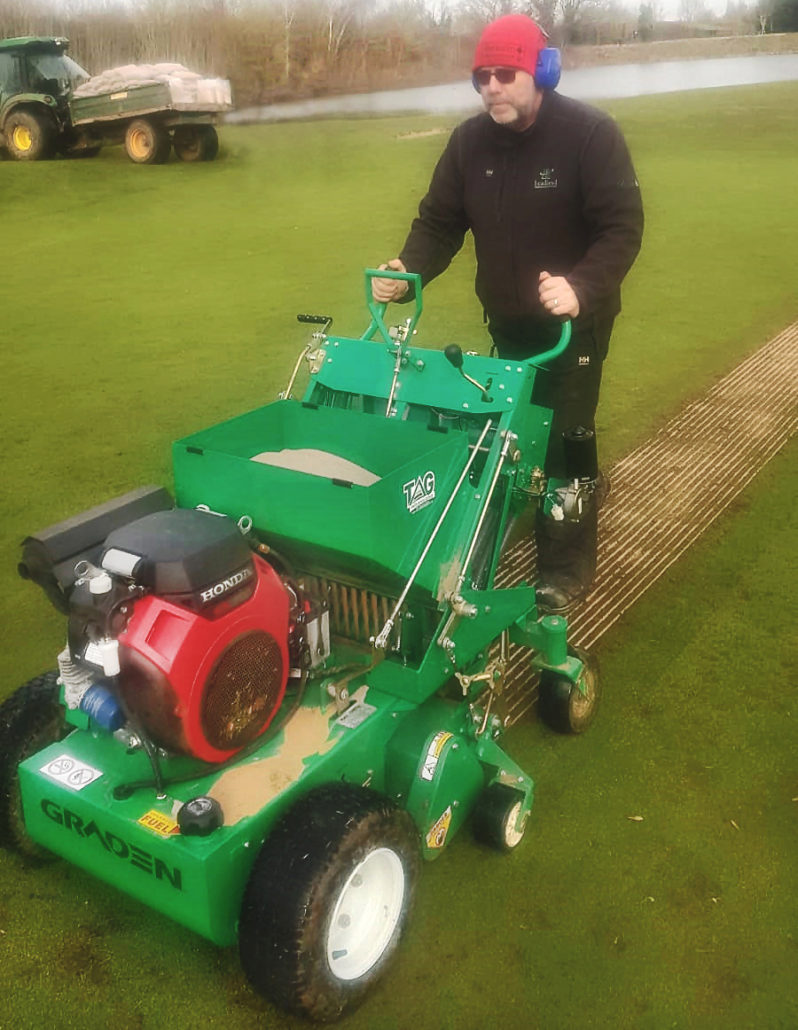 “We were lucky enough to borrow a CSI from another course, but last year this was not possible, and we noticed a real difference on how wet the greens were compared to previous years.” Graham put a case to the owner and was successful in purchasing his own unit, from dealer Tallis Amos in February 2019. “Now we have our own machine, we can look to get out with the machine more frequently and can trial various depths and settings to achieve maximum impact with minimal surface disruption.”

Graham is hoping to employ the CSI at least twice a year, working at depths of up to 40mm to simultaneously scarify and backfill the grooves with better quality sand. “I made the decision last year to not spray any fungicides, with mixed results. I was hugely thankful that the members and club management understood it could be a challenging time to keep surfaces first-rate. These last few months certainly haven’t been easy however, by using our CSI in conjunction with overseeding and the correct fertiliser programme, we are in a great place to push ahead with our proactive approach and produce a strong plant in the on-going fight against disease.”

Graden CSI Helps St Augustine’s GC: At more than 100 years old, Kent’s St Augustine’s Golf Club has changed a lot over the last century and is now far from the grazing land that once occupied its 60 acre site. However, the pop-up greens, on original clay soil, used to cause Head Greenkeeper Gary Kennington and his team a headache when it came to topdressing and drainage. That was until the club discovered the benefits of the Graden Contour Sand Injection (CSI) unit, which has helped to improve water dispersal and greens speed, all with minimum surface disruption.

“Though we’re not strictly a links course, as there’s a road between the club and the Kent coast, we do still have to deal with the climatic challenges our location brings” explains Gary. “One year in particular, going back now 7 years, the weather meant the usual tactic of tining and topdressing wasn’t getting sand down into the greens as well as the team hoped.  At the time the Graden CSI was a relatively new concept in the UK so we hired a unit and quickly realised that it could really help.” 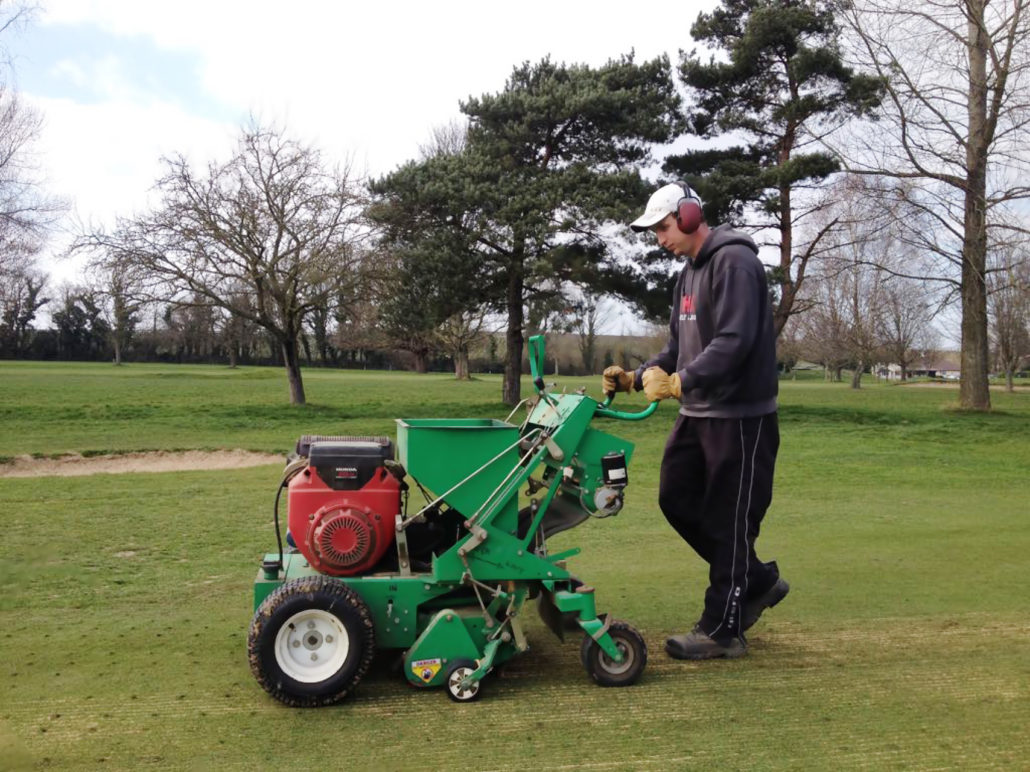 The Graden CSI is a 3-in-1 verti-cutter with the ability to aerate, scarify and remove thatch to any depth between 1mm-40mm, whilst simultaneously backfilling the grooves with either sand or a combination of sand and seed. Its ability to conduct multiple jobs in one pass reduces play downtime without causing any detrimental effect to the firmness of the ground. “With this CSI you’re getting the sand into the green, rather the putting it on the top, allowing you to get greens back into play in as little as half an hour.”

Gary and his team now use the CSI on all 18 greens twice a year and continue to see marked improvements. “From the very first use we reduced the thatch content of the greens and worked the sand down into the soil profile which helped with drainage and greens speed. With it being a pedestrian unit, we have great manoeuvrability and it means we can still go out and use it in conditions that may not always be ideal. Should we need that little extra advice or support we now have John Fitzpatrick of Charterhouse Turf Machinery who is great to have at the end of the phone.”