Deep aeration cures waterlogging:  Stratford Town Football Club moved in the 2007/8 season to Knights Lane Ground, Tiddington where they built a new stadium and pitch. The summer of 2007 had seen large areas of flooding and when work began in the July heavy machinery moved straight in, crushing and compacting the ground during construction. It created a problem that would not go away until the end of 2020.

“The pitch has never properly drained.” Says Club Director, Mark Bickley. “The club has spent many thousands of pounds treating the top of the pitch, which does let water through but two areas around the 18-yard box flooded badly enough to stop play, especially when the water table was up. Several schemes were done over the years, at some expense, but none solved the problem and over the last two seasons with excessive winter rainfall the problem escalated.” 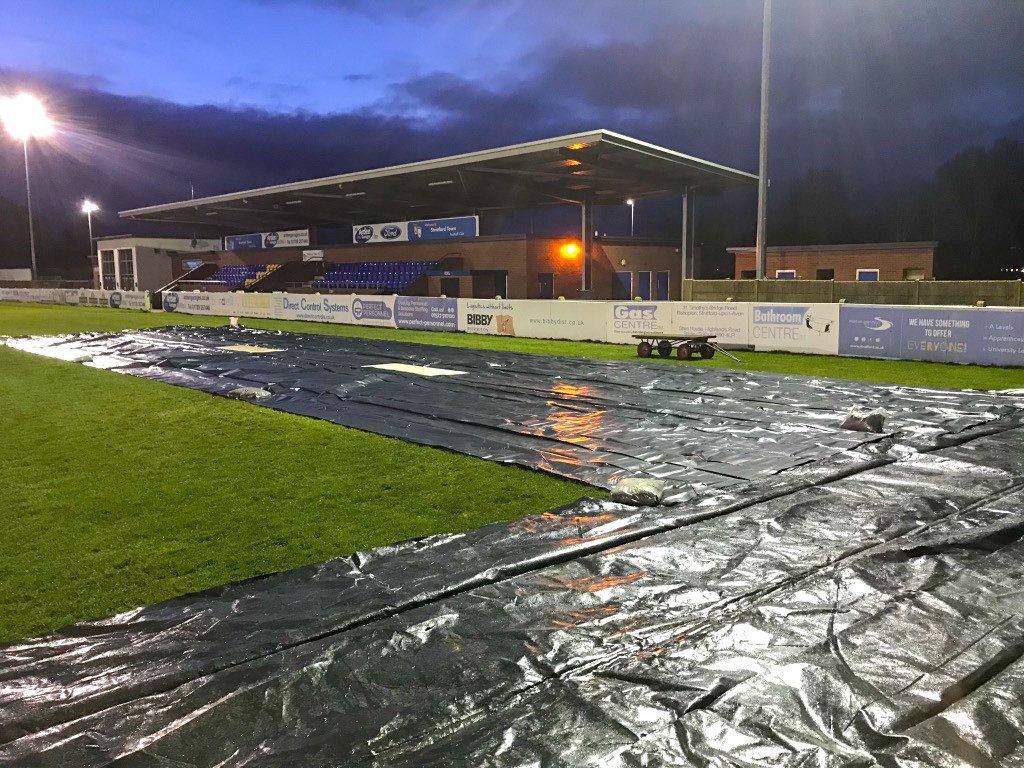 The groundsmen kept to a regime of slitting, aerating, Verti-Draining, scarifying and top dressing, says Mark, and in August and September the pitch looked like Wembley. But as soon as the heavier rains came the problem was back. What was odd was the junior pitch, which is only two hundred yards away, had very little done to it and the drainage was fine. Similarly, the nearby golf course had no drainage problems. A Robin Dagger was brought in for two hours of drilling and backfilling and the fact this helped for a period led to suspicions about what was going on deeper under the surface. Even a week after rain the pitch remained soggy and they relied on the wind to dry it. Two of wettest winters in a row prompted the investment in a tarpaulin to cover 125 sq m. of the worst affected areas.

“It takes six people to put out and is a problem in high winds, having to be weighed down, causing more compaction.” Says Mark. “We ran a test with a boat post hammer, the sort of thing they use on the river moorings in Stratford-upon-Avon and managed to drive it down 18 inches. It was like concrete. I talked it over with an ex Villa Park Head Groundsman and he suggested bringing in Terrain Aeration, the deep aeration specialists. In October 2020 they did a test at the back of the ground with their Terralift machine. It took just fifteen seconds for their JCB road breaker probe to go down to a metre. Moving onto the pitch it took at least a minute to drive through to the same depth.”

The Terralift went on to treat the worst affected parts of the pitch, two strips about forty metres long. The hammer is used because the ground is usually so compact at depth it is needed to break through. Once the probe reaches one metre deep compressed air up to a maximum of 20Bar/280psi is released to fracture and fissure the soil. The Terralift is the only machine using such necessary high pressure. The probe is withdrawn, and the process repeated at two-metre centre spacings on a staggered grid. This means each shot interconnects. On the tail end of the blast, dried seaweed is injected which sticks to the fissure and expands and contracts with the soil’s moisture content, allowing drainage and aeration. The probe holes are backfilled with Lytag aggregate.

“We were able to play games immediately, up to the second lockdown due to Covid-19. Over Christmas there were storms and heavy rains, but the result is unbelievable after so many years. We would certainly have been able to play the local Derby with Banbury on Boxing Day if the league hadn’t been suspended.” Says Marks “This was money well spent and we will have Terrain Aeration back as soon as possible to treat the rest of the pitch. If anyone is having drainage problems on their pitch, I would recommend they do the same.”

Deep Aeration Cures Waterlogging: Heavy downpours of rain on compacted grass areas on sports pitches, bowling greens, golf courses and amenity areas can leave standing water, rendering them unusable and stopping play. The action of normal aeration, use of machines and foot traffic over time can leave areas compacted and panning occurs, causing poor drainage and depriving grass roots of oxygen and nutrients. Sports turf specialists Terrain Aeration have been providing a long-term solution to this for over twenty five years, using one- metre deep penetration of the playing surface.

The Terrain Aeration Terralift machine not only solves the immediate compaction problem, the process has a beneficial effect that lasts many years. It works like this. The Terralift hammers a hollow probe one metre into the soil using a JCB road breaker gun (this is because the ground is usually so compact at depth that it needs this hammer to break through).  Once the probe has reached one metre depth, compressed air is released up to a maximum of 20Bar (280psi), the Terralift being the only machine using such high air pressure, which is needed to fracture and fissure the soil. The probe is withdrawn and the process repeated using two-metre centre spacings on a staggered grid pattern – this means that each shot interconnects with the previous ones. 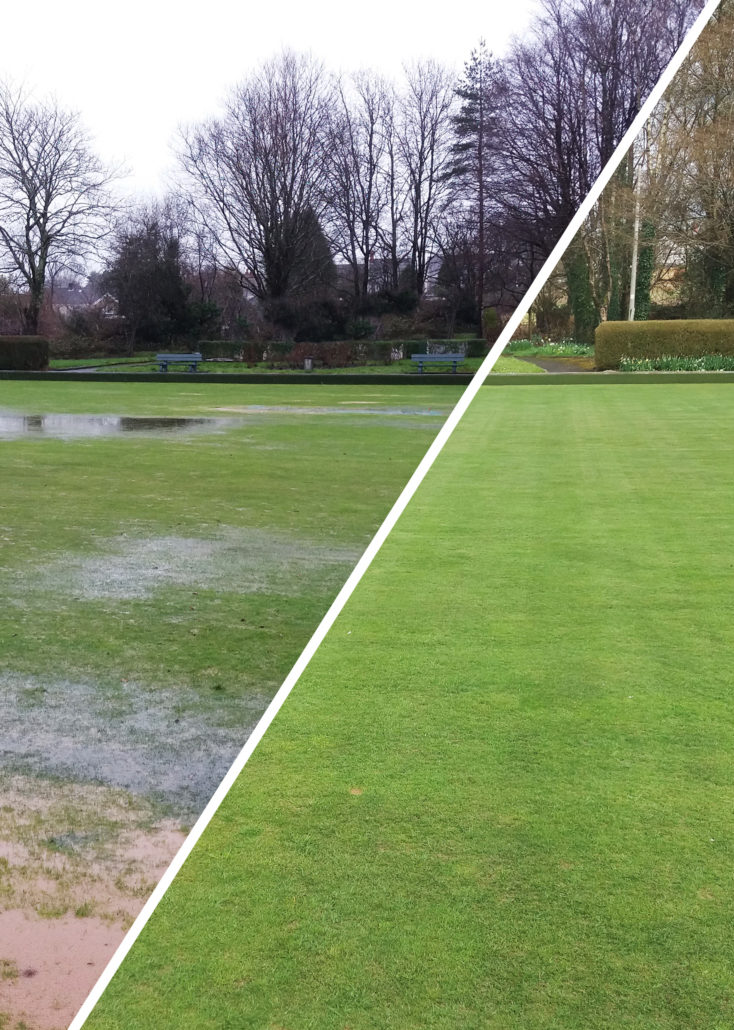 On the tail end of the air blast, dried seaweed is injected which sticks to the walls of the fractures and fissures and, over time, expands and contracts with the moisture content in the soil – similar to “breathing” underground.   The 1½” probe holes created by the Terralift machine are backfilled with aggregate to provide a semi permanent aeration/ventilation shaft, helping to keep the whole aeration process working.  The top 1″ should be topped with the usual top dressing to encourage grass growth over the probe holes.  The Terrain Aeration process is ecologically sound, there is no mess and once the pitch or green has been given a light mow it’s ready for play to resume.