Dan Duffy’s anecdotes: I have met and dealt with many professional sportsmen during my 40 years in the industry, in Australia, the UK and many other parts of the world. And, as a groundsman, no matter what the sport, you have to hold your ground, so to speak to ensure that your surface is in pristine condition day in, day out. The secret is to know the line where use turns to abuse, and how to deal with it.

Wales and British Lions star – Dan Biggar was one who my grounds team and I had regular contact with. Dan is a class act, generous, friendly and generally understanding of that line. Dan would regularly come to the Liberty Stadium – Swansea to practice his goal kicking and general play kicking, which was to a tee, spot on. 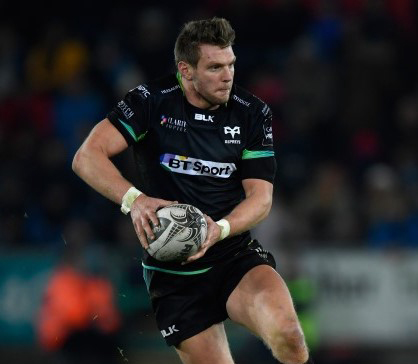 One thing I would ask Dan was to practice his restarts from several areas, including the 10 metre lines either side of half way. This would help to “share the wear”, an important approach to managing team warm-ups, training sessions or drills. Dan would come back with reasons he needed to practice from the half way mark, such as visualising, memory, game time accuracy and so on. And in the end, we compromised, and a few kicks left the centre mark during his kicking sessions. Let’s just say we had a gentlemen’s agreement.

One very wet and wild night in Swansea (no surprise there) around 2011, the hugely successful Irish team, Leinster Rugby fronted up in an eagerly anticipated Magners League match up against the Ospreys, the high flying Welsh outfit from South Wales. And, as before every home game, Biggar had diligently practiced his restarts, some from the centre mark, the day before the match.

One odd job we, the groundstaff were given before a Magners Celtic League clash, was to lay an advertising mat down on the pitch. Easy enough, it was lightweight, the grass could breathe, it would let air, light and rainfall through and sure enough, before every warm up we’d lay it down smack bang on half way. It would save us the hassle of hassling the kickers during their warm ups, the endless arguments, explanations, expletives! So, win/win. 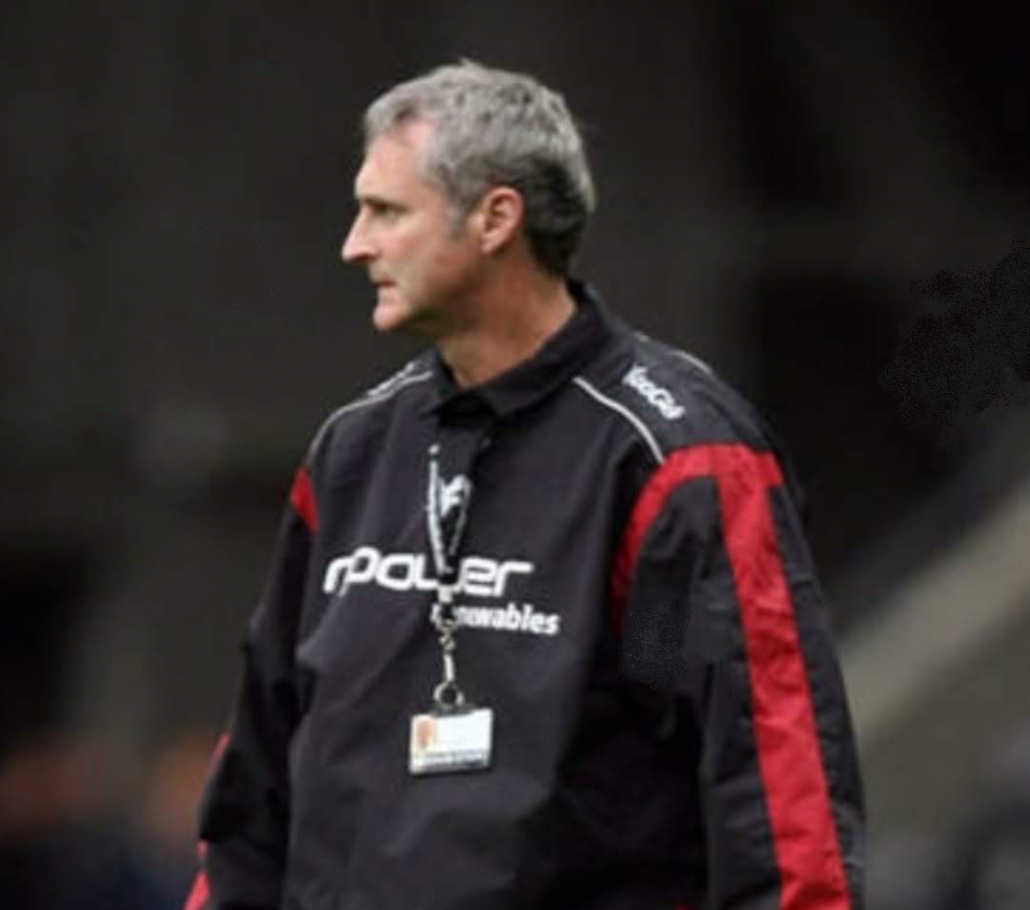 Kick off time was fast approaching, and it was pouring down. The pitch held up great during the warm ups, but game time was different. Anyway, it was an Ospreys kick off. Biggar was faultless with his kicking, faultless with his kicking, from the sideline, in general play, restarts, tactically, in every facet, faultless with his kicking….. “The crowd here in Swansea is deafening on this Friday night in support of the mighty Ospreys, they’re packed to the rafters. They’ve almost drunk the bars dry. And it’s the Welsh International, Dan Biggar, the Ospreys number 10 that starts off this top of the table clash against Irish heavyweights, Leinster tonight at a pumped up Liberty Stadium. The ref has blown his whistle and we’re underway, annnnnd”……. except tonight. Out on the full. It may as well have been over the fence. Out of the ground. I had to sub the ball boy five quid for a taxi to retrieve that ball. Scrummage, Leinster feed, smack bang on our beloved half way mark. No dramas, I thought. It happens, the pitch was strong. Been there, done that. No worries.

But on a day that saw over 40 mm in rainfall, with atrocious conditions from lunchtime to that kick off which posed its own problems for pitch preparations for the night time fixture, a scrummage on half way, resulted in 7, yeah seven resets. And although both teams had brilliant sets of backs, their forwards, and in particular their scrummaging was one of their strongest facets of play. Just seven, 7, VII resets. And with both teams boasting the best scrummager’s in Northern Hemisphere rugby, Irish, Welsh, British Lions, and two former All Blacks, , there was absolutely no give or take. 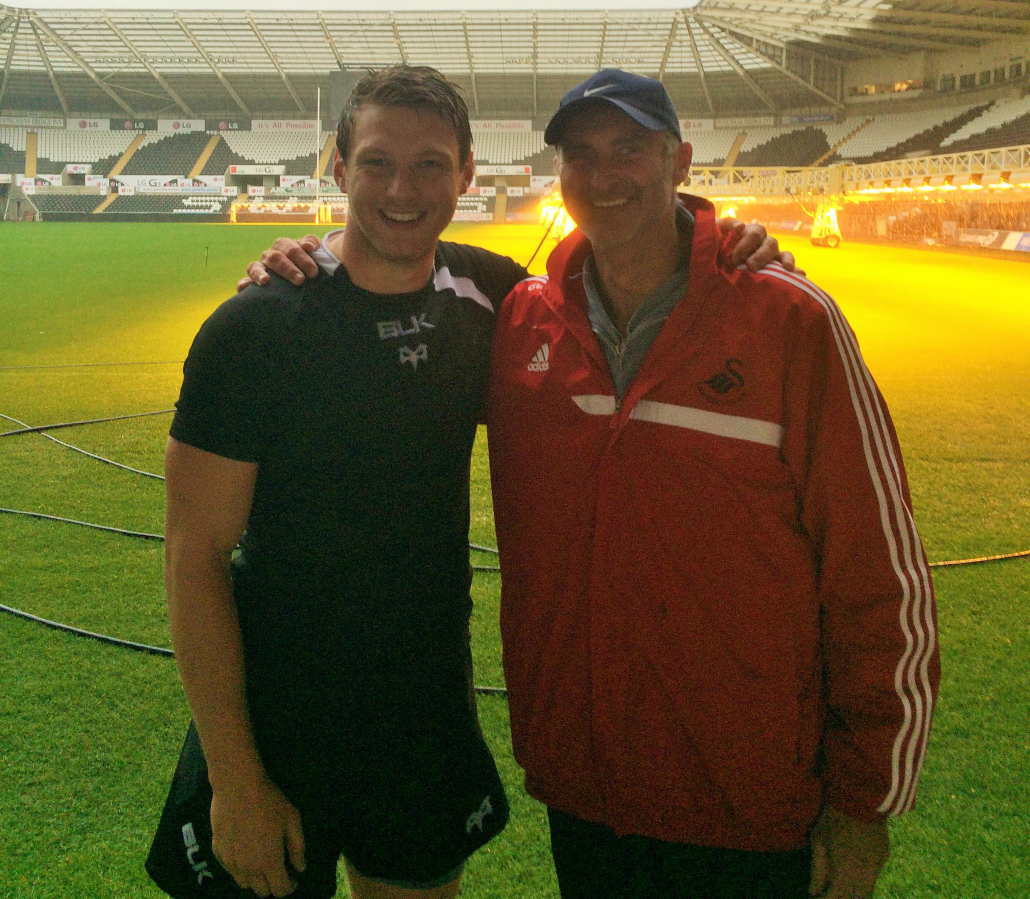 I had confidence in the surface, a GrassMaster pitch, 5 years old, drained beautifully, maintained by a great team I had assembled who were as dedicated as the day is long, in all honesty there was barely a mark on it. Yeah, there were scratch marks and scars where those 7 resets took place, but we had the advantage. A GrassMaster hybrid pitch, with a grounds team that bled polypropylene fibres, enjoyed a drink as much as the free draining rootzone, and were as anchored to the job as the grass roots entwined in those polypropylene fibres. Result.

But we weren’t out of the woods yet. Less than 48 hours later, the Swansea City Swans were hosting a Premier League outfit in a cup game. Hmmm. The only complaint we had was that you could still see the Rugby lines. I’ll tell you, we only had that complaint once.