Deeside GC bolsters Toro fleet: Deeside Golf Club, set in traditional Scottish parkland on the bank of the River Dee outside Aberdeen, has signed its third renewal agreement with Toro, boosting its impressive fleet by a further 17 machines.

The club has welcomed an extensive raft of machinery which includes fairway mowers, sidewinders, top dressers and sprayers, along with the industry’s first all-electric ride-on greensmower, the Toro Greensmaster eTriFlex 3370. 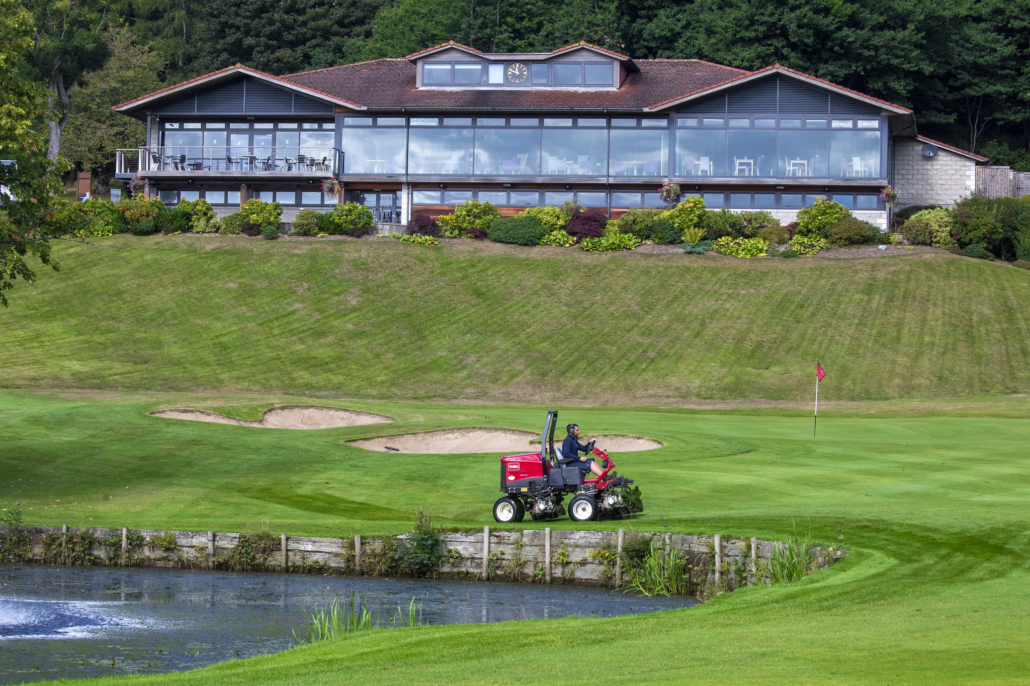 The machines support course manager, Neil McLoughlin, and his eight full-time staff to maintain the club’s 27 holes all-year round.

Neil explains: “We are located in traditional Scottish parkland and due to our position just eight metres above sea level on the banks of the River Dee we can experience some challenging environmental conditions. We can be subject to flooding, particularly in winter when the water table sits high, and we have lots of mature trees casting shade across parts of the course. Resilient, reliable machinery is a must for us and Toro provides quality every time.

“It’s easy to use, adaptable and, having worked with Toro for so long, we understand the machines. Plus, the greenkeeping team absolutely love using them.

“Some of our older mowers are into their thirteenth year with us, which is testament to their quality and durability. They still provide as excellent a finish as the newer models we’ve recently introduced, although I have to say we’re particularly enjoying the electric eTriFlex 3370 ride-on. It’s so quiet and the cut is fantastic! I would definitely buy electric again.”

Each machine is set up for its intended purpose, meaning that Neil and his team don’t need to keep adjusting the height of the machines as they go between cutting rough or semi-rough. And, despite such a large fleet, technical issues are few and far between.

Neil continues: “We seldom have any problems and if we do, they are resolved quickly. The back-up is vital for us as we don’t have a full-time mechanic on site. Whilst we can carry out basic maintenance ourselves, we rely on having the support from the team at Reesink.”

Reesink is the sole distributor in the UK for Toro golf and sports fields equipment and Richard Green who is manager at Reesink’s Livingstone branch comments: “Deeside Golf Club is a great example of a club which has an excellent understanding of the Toro products. They invest in and look after the fleet, and in return we support them with back-up care and equipment which enable them to deliver on their greenkeeping goals.”

Neil concludes: “We strive to provide excellent playing surfaces for our 1,300 members all year round. Having the high-quality Toro machinery makes my job easier, allowing me to focus on improving the courses from season to season.” 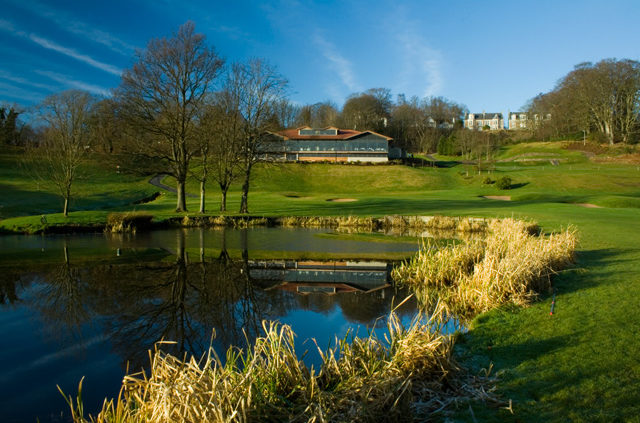 Led by Course Manager Neil McLoughlin (41), the greenkeeping team were announced as the winner of the BIGGA Greenkeeping Achievement of the Year Award sponsored by Baroness, at a ceremony held this evening in the Harrogate Convention Centre’s Royal Hall. When Storm Frank hit Aberdeenshire the day before New Year’s Eve in 2015, it caused the River Dee to reach record levels, three times covering the course in a thick layer of silt and debris.

In the aftermath, the team was able to get 10 holes reopened after just 77 days and the clean-up saw over six tonnes of grass seed laid down, 10,000m2 of turf laid and all 98 bunkers rebuilt, using 3,000 tonnes of sand for topdressing and bunkers.

During 2017 the hard work continued, with the silt layer impeding drainage. Over 400m of drainage was installed and a programme of scarification and topdressing helped break down the silt layer further.

The Deeside team was presented with the award by television presenter and #ThisGirlGolfs ambassador Naga Munchetty at the BIGGA Welcome Celebration sponsored by Textron Golf. The awards ceremony is one of the highlights of BTME 2018, the premier turf management exhibition in Europe.

Neil said: “It’s a real honour to win this award. Storm Frank came in and devastated the whole Dee Valley and the golf course ended up in a hell of a state.

“We do flood quite a lot, but generally we call them clean floods

BIGGA Chief Executive Jim Croxton said: “Of the golf clubs who were hit hard by the devastation that Storm Frank wrought in December 2015, it was perhaps Deeside who were hit hardest of all.

“For greenkeepers who dedicate their lives to maintaining a relatively small patch of land, the damage must have been heartbreaking. It is therefore to Neil and his team’s immense credit that they were able to pick themselves up and restore the course to its former glory.

“I cannot praise the greenkeeping team highly enough for the work they have done to get Deeside back on its feet. They are truly an inspiration to greenkeepers all over the country and they are worthy recipients of this year’s BIGGA Greenkeeping Achievement of the Year Award sponsored by Baroness.”

The other finalists for the BIGGA Greenkeeping Achievement of the Year Award sponsored by Baroness were Andrew Brougham, head greenkeeper of Astbury Golf Club, and Stuart Imeson, course manager at Dunstanburgh Castle Golf Club.