Sutton’s 3G Pitch Dilemma: Sutton United will tear up their 3G pitch and replace it with grass at a cost of £300,000 if they win promotion from the National League after admitting defeat in their fight to allow the surface in the EFL.

Sutton are third in the National League but under Football League rules the club would be refused entry to League Two next season if they kept their pitch as it was. 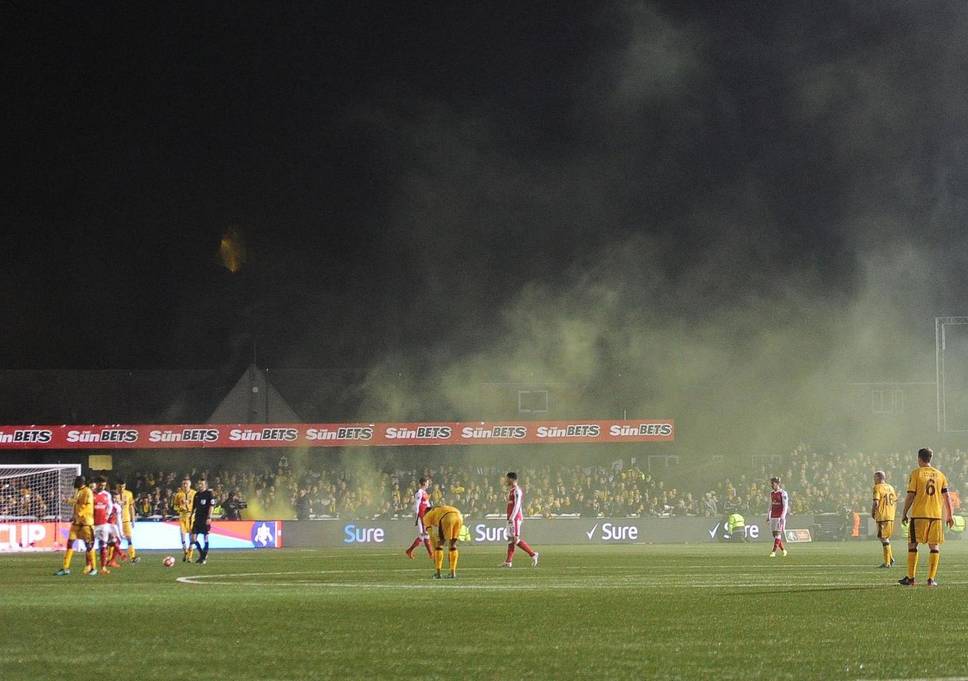 And, in a bizarre twist, should they win promotion and refuse to lay grass turf they would be demoted to National League South.

Sutton hosted Arsenal in the FA Cup last year and it had been suggested they would prefer to keep the pitch and remain a non‑League club.

But Sutton chairman Bruce Elliott has confirmed that, if they win promotion, the club will install a grass pitch.

Sutton spent £420,000 to install their 3G pitch in 2015 and have urged the EFL to change their rules. However, that would require the backing of the majority of EFL clubs and Elliott says there is “no appetite” for that.

Artificial surfaces were banned from English professional leagues in 1995 but Elliott said: “It is frustrating because these pitches are clearly acceptable now. They have moved on from those pitches that came in at Luton and QPR many years ago. Technology has moved on. People are not using the same computer they were using 30 years ago and artificial surfaces have moved on with technology.

“It is frustrating that World Cup games can be played on them, as can European games, FA Cup matches but not games in League One or League Two.

“But you have to accept the rules. If we get promoted we will have to take up our 3G pitch and replace it with grass.

“It would be a sad day because it has been brilliant for us but you always want to play at the best level you can and if we can get into the Football League for the first time in the club’s 120-year history then of course we will do.

“We believe 3G is the way forward, however, if we have to take what we see as a backwards step to move forward then needs must.”

Part-timers Sutton lost 2-1 to Halifax Town last night but are in a play-off position with four games remaining.