Second Jacobsen Eclipse for Brora GC: Brora GC in Sutherland has had twelve months like no other in its 130-year history.

In common with many golf clubs, last March, it experienced the lows of the pandemic and the harsh reality of a much-reduced income. “We were flying high with consistently good visitor numbers and then it all stopped dead,” said head greenkeeper, James MacBeath. 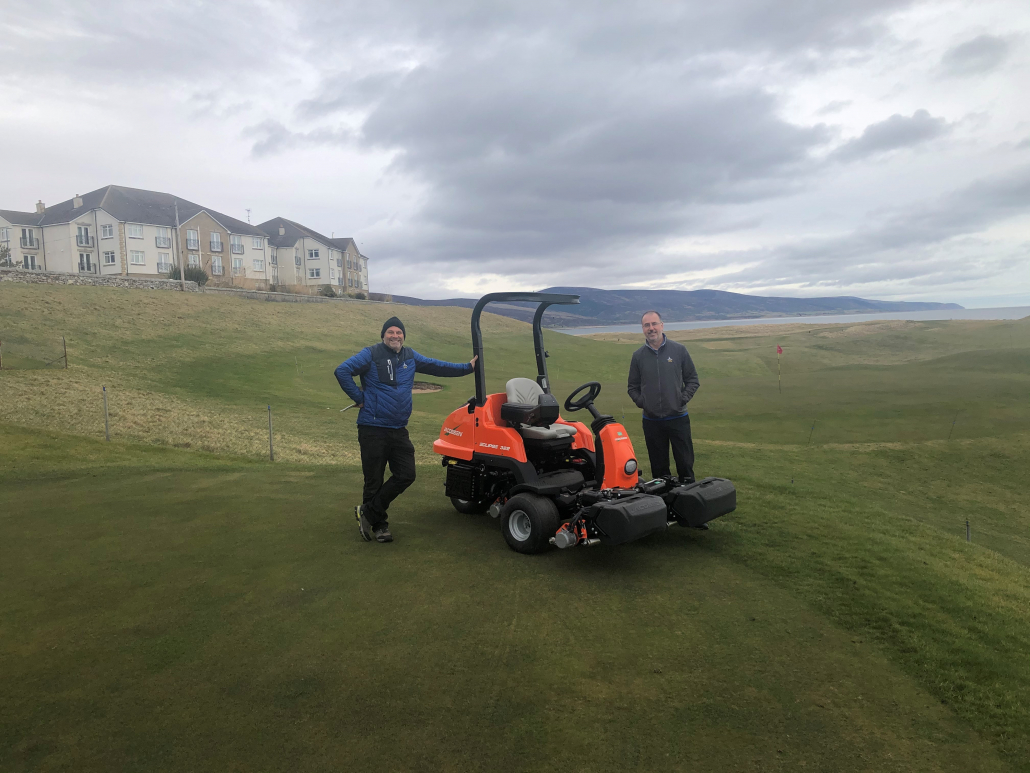 However, what happened next took everyone by surprise.

Resourceful enterprise from within the club, saw Brora launch a local membership campaign which ended up with global interest. Golfers from across the world rallied for the club that has Tom Watson, five  times Open Champion, as an honorary member. Astonishingly, membership climbed from 500 to 700, which took in over £280,000 and the online sales in the shop reeling in over £40,000.

“It was just great that our plea was heard, and we were so grateful for such instant response,” continued James MacBeath.

But more good news was to follow. In March this year, after a four year initiative, the club became the landowner of its own links.  For just the small sum of £70,000, including a £20,000 grant from the Trustees of local Kilbraur Windfarm, it was able to purchase the land on which it stands, from landowners Sutherland Estates.

“It’s all transformed so quickly. We continue to operate with two furloughed staff on rotation until September, so there are just three of us making sure the visitor experience is still as worthwhile.  It’s hard going but we will come through. Once the club can move beyond all restrictions, we will be in good place,” said James MacBeath.

One of the upshots of a little more financial stability and an increased membership, was to bring in some additional equipment. While decisive about the machine required, the financial ups and downs meant it was essential to secure excellent terms. James MacBeath, in conversation with his opposite number, Muir Ross, at neighbouring Golspie GC, found out that both clubs wanted a Jacobsen Eclipse 322 greens mower in the same timescales, from dealer Fairways GM at Inverness.

“Talking it through with Muir, it made sense to buy these together to benefit from economies of scale and look for the best deal long term. John Morton, Area Manager at Fairways was happy to oblige especially as it was a second Eclipse for both clubs and he knew us both well.

“Now it’s here, it’s gone straight into use with the original one, bought in 2011, still going strong. Currently we’re out every morning at 5.30am five days a week and by mid June that will be up to seven days.  Quality is always the determining factor for me when I choose a machine. The units on the Eclipse still beat all others in the market. It’s got to be to the required standard every time. A clean and professional finish is essential.

“However, it says a lot for both our clubs – that they have gone above and beyond to back their greenkeeping teams with machinery investments at the appropriate time. We’ve also been well served by the team at Fairways GM and they always make an effort to attend to us quickly.”

John Morton said: “Brora and Golspie’s arrangement to buy in tandem was a useful way to do business as they are just six miles apart. It’s testimony to the Eclipse’s quality of cut that they both decided to go for the same machine again.  They are not alone choosing to upgrade their Eclipses but still retaining their older ones for the fleet.”

Jacobsen introduces the Eclipse 360 ELiTE: The new Eclipse 360 ELiTE from Jacobsen has been designed to combine the next generation of ELiTE lithium-ion batteries with a signature cut that has been trusted for a century.

ELiTE batteries have powered E-Z-GO vehicles for over 15 million hours, and that technology has been adopted by the E360 ELiTE to make a mower that can cut 50+ large greens on a single charge. 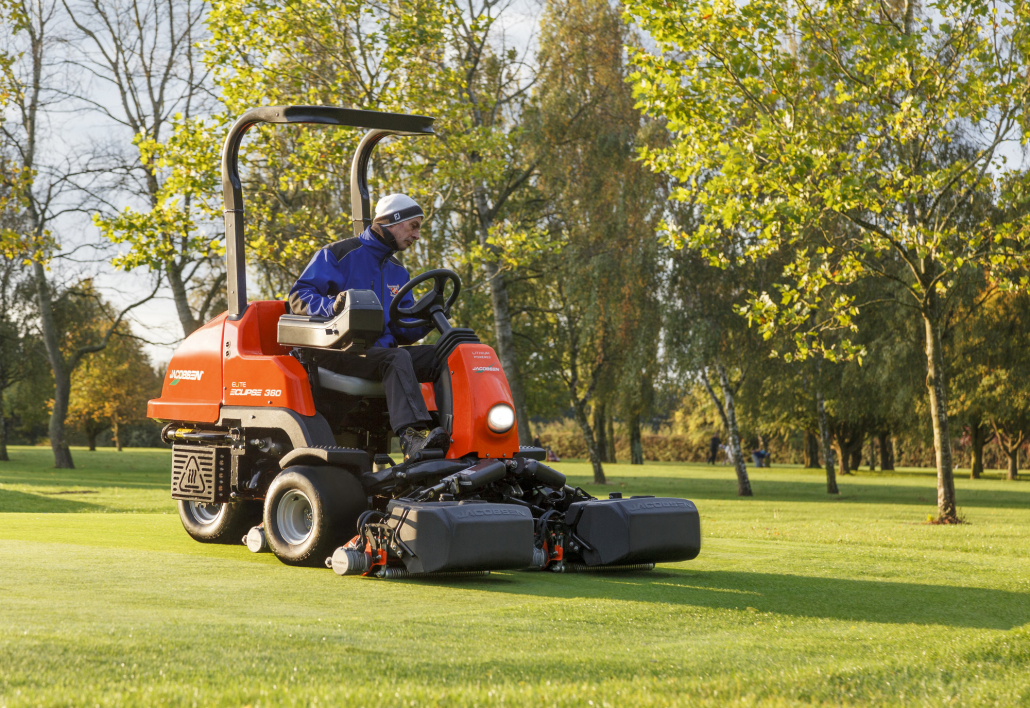 Noise during operation is reduced to virtual silence, meaning the machine can be used to cut anywhere early in the morning without disruption. The significant reduction in noise pollution is combined with zero air pollution with the all-electric model, while fuel consumption is reduced when cutting with the diesel hybrid.

Jacobsen has a decade’s worth of experience with the Eclipse range, and that has been reflected in the features of this new machine. The Patented Frequency of Clip Control ensures a consistent cut every time by linking the reel speed to the forward speed. By having the reels turning in time with the wheels you’re able to keep a consistent frequency of cut regardless of who is mowing, but still have the option to increase it without reducing the mowing speed. This control is taken further with individual unit control that can adapt the cutting configuration to vary wheel runs and truly eliminate triplex ring.

Attention has also been paid to the access and maintenance aspects of the machine. A swing-out centre unit has been added for quick and easy cleaning, maintenance or swapping the unit. No tools are required to swing the unit out with the removal of a lynchpin that is then used to hold the unit in the swung-out position all that is needed.

All of these changes were made following a 360-durability review that has also included the addition of new brushless lift actuators that have ten times the lifespan of the previous option.

Seven, nine, eleven or fifteen blade reels are available for the E360 ELiTE to allow for varied applications of the machine from golf greens and tees to football pitches and ornamental gardens.

For more information or a demonstration of the Eclipse 360 ELiTE, please contact your local Jacobsen dealer