22” INFINICUT® ticks every box: As the only golf course on the island, Head Greenkeeper John Cunningham works hard to keep the surfaces at the Isle of Skye Golf Club in first-class condition.

After joining in April 2019, John was quick to identify the need for a new pedestrian mower to maintain the small, but perfectly formed, 9 greens. After an impressive demonstration, for John it was a 22” INFINICUT® floating head mower or nothing! 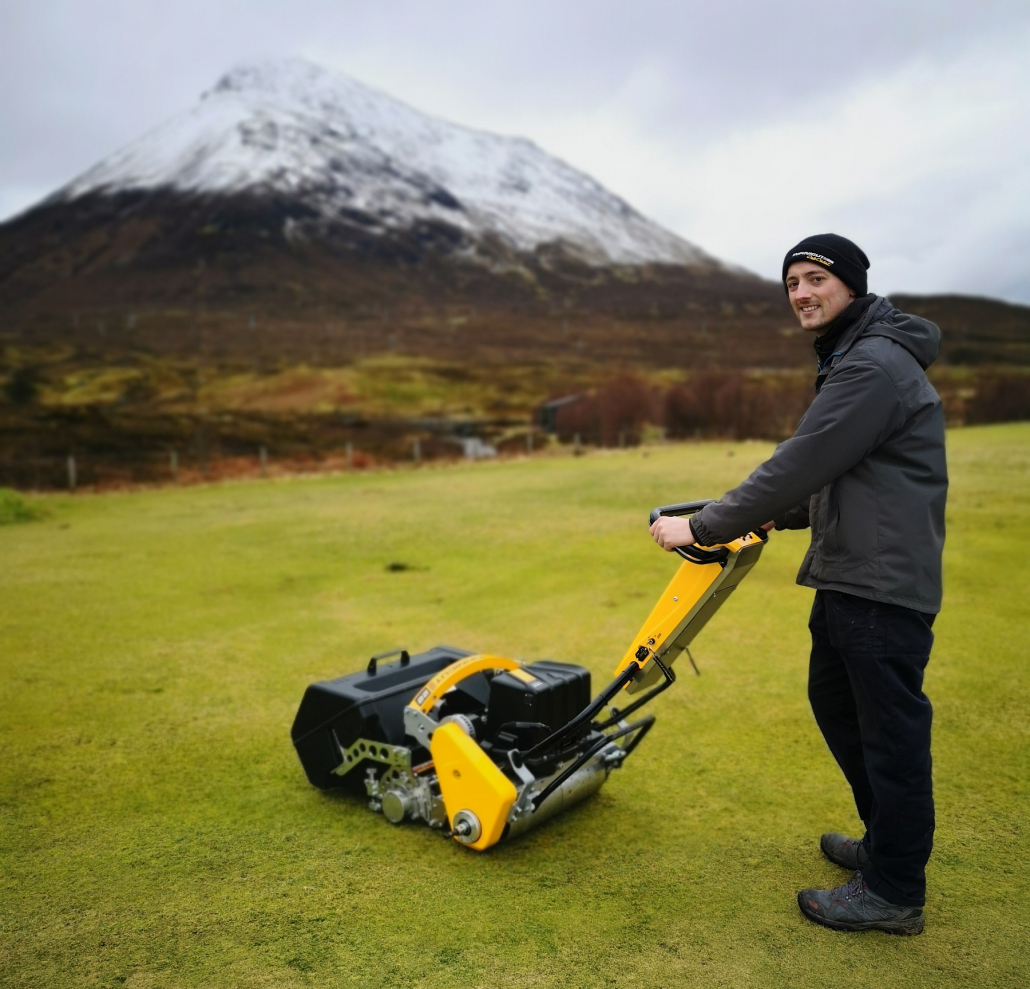 The club’s coastal location, in the shadow of the Red Cuillin mountains, provides a picture-postcard backdrop for players of all abilities. “The greens are small and can be cut in under two hours, but I was keen to introduce some new machinery to make the process cleaner and improve the finish” explains John. After speaking with the committee and a friend at another course, John organised a demonstration of the 22” INFINICUT®.

“The technology on this machine is next level and its controls and design are clearly well thought through. Oliver Hall from MTD Specialty Turf Products came in at the end of October and a few passes of the floating head machine over our practice putting green was enough to seal the deal. The cut quality was like nothing I’d ever seen and the range of TMSystem™ cassettes to go with it made this the obvious choice for us. I had other demonstrations lined up, but I told the Captain to cancel them – I was sold!”

John also purchased the SarelRoller™, UltraGroomer™ and SMARTVibe™ cassettes from the renowned TMSystem™. “On demonstration we cut the green to 5mm, UltraGroomed, re-cut and then followed up with a pass of the vibrating cassette. The lady secretary then came out to putt and was gobsmacked when her ball rolled straight off the green!” John collected his TMSystem™ cassettes and 22” INFINICUT® FL in person following a tour of the MTD factory in Sheffield.

“Together with an overall improvement in cut quality and finish we’ve already achieved a fantastic improvement in our greens speed. Over the winter period, where the ground became softer, the INFINICUT® floating head coped impeccably with the subtle humps and hollows of our greens leaving not a mark on the surface.” John concludes, “I was keen to not go for another petrol or diesel machine, but the INFINICUT® is so much more than just an electric mower – it really is the full package.”